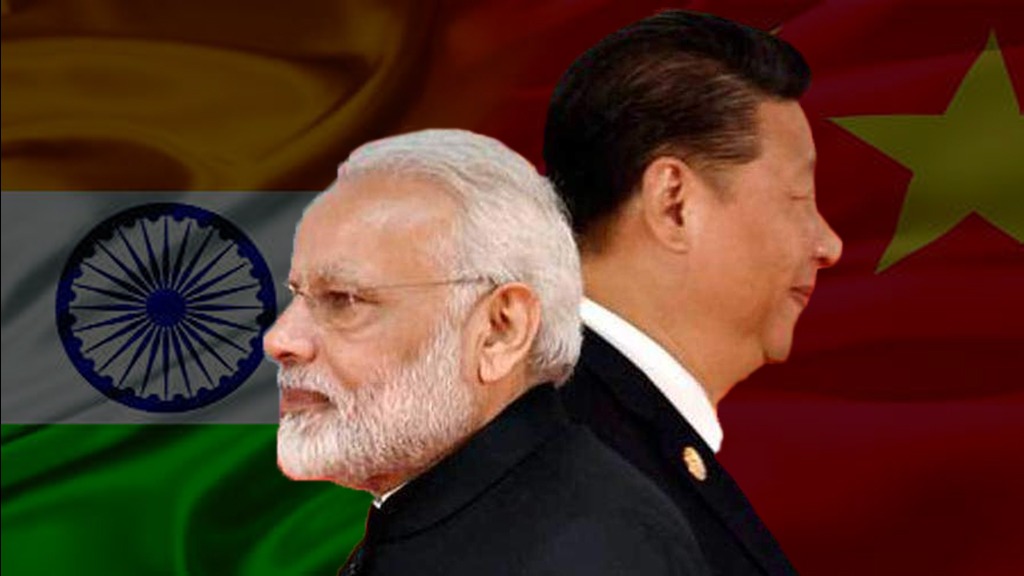 After a long hiatus, In the summer of 2017, the Chinese tried to encroach once again, this time into Bhutan and construct a road through the Bhutanese territory in Dokalam.

Bhutan called for help and this led to a standoff over the Doklam which deteriorated bilateral ties between China and India.

However, thanks to the efforts of the two governments, particularly during informal meetings between the two countries’ top leaders in April 2018 and October 2019, the PLA withdrew back and some trust was restored among India and Bhutan on one side and China on the other.

Irrespective of thinking within the Chinese Government and the Communist Party of China, the PLA kept planning and bidding for an opportune time to humiliate India.

Then in the garb of an military exercise in occupied Tibet, the PLA in recent days illegally crossed the LAC in Galwan Valley Region of Ladhak and erected tents and constructed certain facilities across the LAC into Indian territory.

They also crossed over the LAC at few other points too in Ladhak. This left the Indian Army no option but respond. After much negotiation the PLA agreed to withdraw but then later ambushed an Indian Army party which had gone to verify the withdrawal on ground.

The Commanding Officer of 16 BIHAR was killed instantly. This led to a bitter hand to hand fight wherein a total of 20 Indian soldiers laid down their life but not before inflicting 40 fatal casualties and a few scores more as wounded on the PLA.

This led to a very tense standoffs with danger of conflicts escalation between the two sides leading to all out war. Both the nations are nuclear armed with capability of destroying each other back to the stone age.

There is no line of actual control marked along on the ground between the Chinese Army holding the Chinese Occupied Ladhak and the Indian Army defending the rest of Ladhak from creeping Chinese encroachment.

The internationally recognized historical Indo Tibetan Border between India and Tibet is very much there. This was violated initially in 1951 itself in Askai Chin area when the Chinese constructed a portion of the Xinjiang – Tibet Road through the Indian territory.

Then the Chinese continued creeping forward at many places till the attack during the War in 1962.

The fierce resistance put by Major Shaitan Singh at Rejang La ensured that the PLA never dared to advance further towards Chusul and a LAC was formed across Ladhak between PLA and the Indian Army.

Over the years a sort of wariness prevailed wherein the two armies patrolled in such a manner that they avoided any clash. In 1986, the Chinese again encroached some more small enclaves but were halted forthwith with General Sunderji’s operational moves.

There after India started revamping its roads and other infrastructures all over Ladhak and especially in forward areas. Due to rapid improvement of infrastructure at the border area since 2014, the Indian Army and ITBP ramped up their patrols, thereby finding that the PLA quite often violated the LAC during their patrolling activities.

These led to more frequent standoffs as a result. Yet most of them were directly and properly eased through communication among frontline Units and Formations. Only a few incidents got reported to New Delhi and Beijing and used to be resolved promptly by talks.

Unlike previous standoffs, the latest border friction was not caused by accident, but was a planned deliberately by either the Western Theatre Commander of the PLA or by the Central Military Commission itself.

From the name itself, China had been has been clearly and definitely aware that the Galwan Valley region is Indian territory.

But according to media reports, since early May, Chinese PLA has been crossing the boundary line into the Galwan Valley region and entering Indian side of LAC.

Chinese soldiers have also deliberately instigated conflicts with their Indian counterparts. Finally the Chinese provocations resulted into fierce clash with deadly casualties on both sides.

This time the stand off exceeded the sort of intensity of the Doklam Stand Off, many times over, resulting in massive mobilization of troops in the region by both the sides.

Probably a section in the Chinese Govt or the PLA believed that slowed economic growth and an Indian Lockdown provided a great opportunity for the Chinese to carry out a final grab of the Indian territory and that the border issue will fall to their advantage amid the COVID-19 pandemic and the usual Lutyens reactions to such episodes.

At the same time the mounting internal anger of the Chinese people towards their government would evaporate. Also the international anger mounting towards China due to its deliberate spread of Wuhan Virus would dissipate.

However things did not turnout as planned by the Chinese. Firstly the PLA lost heavily and had excessively large number of fatal casualties.

Next the present political dispensation in Lutyen took correct action on military advice rendered and Indian Army more than tripled its Forces in the Corps Zone along with activation of the Indian Air Force assets.

This time India is ready to take the battle into Tibet, the defensive mind set of the Govt and the people of India has Changed. Now in case of conflict, the aim will be to not only drive out the Chinese from entire Chinese Occupied Ladhak but also reclaim our holy land of Mansarovar and also help the Tibetans to liberate their Country from the Chinese occupation.

At the least give them an enclave to move their Govt in Exile into Tibet itself. Chinese Forces may be bigger in size but have no advantage over the Indian Forces along the Himalayas.

Any misadventure in Ladhak or Arunachal has the potential of depriving them of their Xinjiang, Tibet, Hong Kong, possessions in South China Sea, erasing of their CPEC, end of OBOR internationally and also a big face off with Taiwan.

Media reports indicate that China is already facing global isolation and multinational companies have started shifting out their manufacturing hubs from China to other suitable countries.

Most of the Companies have started eyeing India for such moves. Even the internal Chinese manufacturing and consumption have been slowed down and badly affected.

India has also clearly spelt out that henceforth the two countries cannot have business as usual. India has decided to decouple from China economically, no matter what the price is. Indians are ready to pay the price.

Accordingly 59 Chinese apps have been banned unceremoniously and also any Chinese investment in India. Now one by one Chinese companies working in various projects in India are being identified and asked to move out forthwith.

After the dastardly killing of our soldiers all bilateral economic and Social ties have become null and void including any of the WTO or other international economic obligations.

In case the Chinese try and escalate the trouble along the Himalayas then this time India will not hesitate in choking the Chinese life line trade passing through the Indian Ocean.

Djibouti and Gwadar ports will be bombed into oblivion. They will be vacated from Habbanttota, Maldives, Coco Island and any other port or trading enclave between Suez and Sunda.

Since our recorded history both India and China have been good neighbours except for last 70 years. Only way out is to sit down and demarcate the Indo Tibetan Border First and thereafter demarcate the LAC in Ladhak on ground.

Next both countries Foreign Ministries can sit down and start negotiating as to how we are going to live as good neighbours hereafter. Indian Higher Defence Managers will remain in close touch with such negotiations.