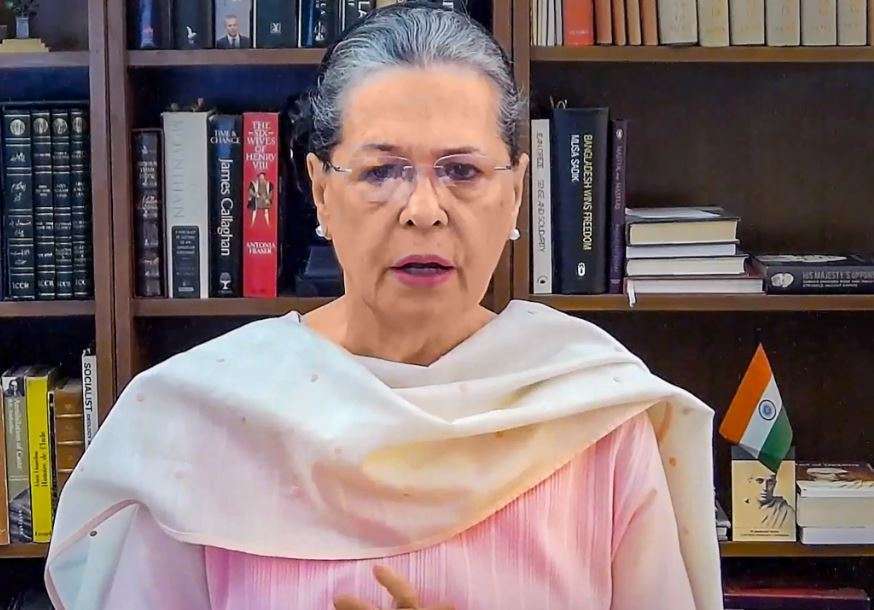 In an article written for a national daily Sonia Gandhi stated, the Modi government has grudgingly come around to the significance of the programme.

“My plea to the government is, this is a time of national crisis, not a time to play politics. This is not a BJP versus Congress issue. You have a powerful mechanism at hand, please use it to help the people of India in their time of need,” she added.

The MGNREGA, 2005, is a shining example of a radical and rational systemic change. It is radical because it transferred power to the poorest of the poor and enabled them to escape hunger and deprivation, the article read.

It is rational because it puts money directly in the hands of those who need it most. It has proved its worth in the years it has been in existence, even enduring six years of a hostile government.

A government that sought to denigrate it, undermine it, has come to reluctantly rely on it. Along with the Public Distribution System put in place by an earlier Congress government, it is the mainstay for our poorest and most vulnerable citizens in preventing starvation and destitution wherever implemented in letter and spirit, especially in today’s Covid-19 crisis, it added.

Let us not forget that the notification of the MGNREGA in September 2005 as an Act of Parliament came about because of a people’s movement after years of struggle by civil society, Sonia Gandhi stated in the article.

The Congress party listened to their voices and to those of the people. It became a commitment in our 2004 manifesto and those of us who pressed hardest for it are proud that the UPA government implemented it as soon as feasible, she added.
The idea was simple: Any citizen in rural India now had the legal right to demand work and was guaranteed 100 days of work with minimum wages provided by the government.

And it proved its worth very quickly — a grassroots, demand-driven, Right to Work programme, unprecedented in its scale and architecture, focused on poverty alleviation. Millions have been saved from hunger and worse in the 15 years since its inception.
Mahatma Gandhi said, “When ridicule fails to kill a movement it begins to command respect”.

In independent India, there is no better example of this coming true than the MGNREGA. On assuming office, Prime Minister Narendra Modi realised that shutting down the scheme was not practical. Instead, he sought to deride it, attacking the Congress party in a caustic speech in which he called it “a living monument of your failure”.

In the years since, the Modi government tried its best to throttle the MGNREGA, hollowing it out and undermining it. But with the unrelenting pressure of activists, the courts, and a vocal Opposition in Parliament, the government was forced to step back, said Sonia Gandhi.

In a characteristic reversal of course, it sought, instead, to give it a new appearance, by integrating it with the Prime Minister’s pet programmes like Swachh Bharat and Pradhan Mantri Awas Yojana, she added.

Now, as dejected workers return from cities and towns to their villages in droves, deprived of employment, facing an insecure future, a humanitarian crisis on an unprecedented scale is unfolding before us. And the value of the MGNREGA has never been clearer and more evident.

The COVID-19 pandemic and the distress it has unleashed has brought the Modi government full circle. Faced with unprecedented hardship and an economy already in a slowdown, the government was obliged to fall back on the UPA’s flagship rural relief programme, Sonia Gandhi stated.