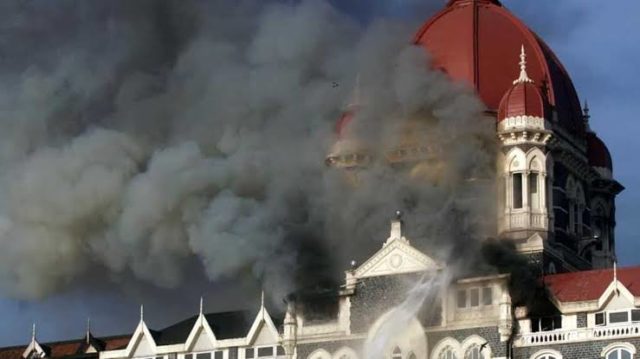 A US court has now set February 12 as the date of hearing for the extradition of Pakistani-origin Canadian businessman Tahawwur Rana, who has been declared a fugitive by India for his involvement in the 2008 Mumbai terror attack case.

Rana, 59, a childhood friend of David Coleman Headley, was re-arrested on June 10 in Los Angeles on an extradition request by India for his involvement in the 2008 Mumbai terror attack in which 166 people, including six Americans, were killed.

Rana was earlier arrested in October 2009 by US police soon after Headley’s arrest at Chicago O’Hare airport.

US District Court Judge in Los Angeles Jacqueline Chelonian said in her order on November 13 that the Extradition Hearing, in this case, is scheduled for February 12, 2021, at 10:00 am.

Rana has time till December 21 to file his opposition to the request for extradition. The United States Government will have another months’ time to file its reply.

In its motion on September 28, the US government supported Rana’s extradition to India where he has been charged with the offences of conspiracy to wage war, commit a terrorist act, the waging of war, the commission of murder, and a terrorist act.

Rana, in his defence, has argued that the US’ decision not to extradite his co-conspirator, David Headley, to India is inconsistent and bars his extradition.

However, the US government argued differently “because Headley fulfilled the required terms, the plea agreement established that Headley would not be extradited to India,” said US attorney Nicola T Hanna.

“Rana’s situation is different because he neither pleaded guilty nor cooperated with the United States. As a result, cannot avail himself of the benefits afforded to Headley through his negotiated plea. Such a position is neither inconsistent nor a bar to extradition,” he said.

Unlike Rana, Headley immediately accepted responsibility for his conduct and pleaded guilty to all of the charges in the Superseding Indictment, Hanna said.

As per the plea agreement, the United States agreed that it would not extradite Headley to India “for the foregoing offences, including conduct within the scope of those offences for which he has been convicted in accordance with this plea so long as he fully discloses all material facts concerning his role with respect to these offenses and abides by all other aspects of this agreement.”

Pakistan-born Rana completed Army Medical College there, and served in the Pakistani Army as a doctor for more than a decade, but eventually deserted.

He is currently a Canadian citizen but was a resident of Chicago where he had a business. According to the court papers, he has also resided in and travelled to Canada, Pakistan, Germany and England and speaks seven languages.

According to the federal prosecutors, between 2006 and November 2008, Rana conspired with Headley, also known as ‘Daood Gilani”, and others in Pakistan to assist Lashkar-e-Taiba (LeT) and Harakat ul-Jihad-e-Islami, both US-designated terrorist organisations, to plan and carry out the Mumbai terrorist attacks.

Pakistani-American LeT terrorist Headley was involved in plotting the 2008 Mumbai terror attack. He was made an approver in the case, and is currently serving a 35-year prison term in the US for his role in the attack.

The 2008 Mumbai attack was one of the most horrific terrorist attacks in India in which 166 people were killed and over 300 injured as 10 heavily-armed terrorists from Pakistan created mayhem in the country’s financial capital.