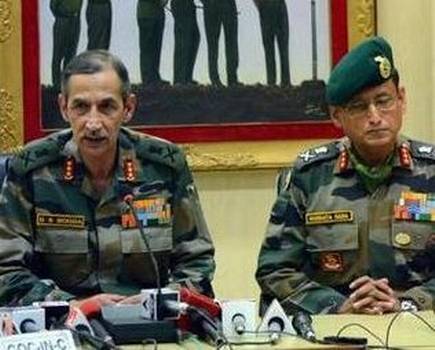 Arab media has falsely reported that India will soon be deploying its Army in Afghanistan..Afghan military and Government have strogly denied all such reports that Indian troops were set to be deployed in the country to reinforce Kabul’s battle against the coronavirus disease (COVID-19) outbreak.

The Khaama Press News Agency, an online Afghan news service, claimed that Indian military personnel were ready to enter Afghanistan, Sri Lanka, Bangladesh, and Bhutan to support efforts to stem the spread of the deadly virus.

However, National Security Council spokesman, Javid Faisal, denied that Afghanistan had called on the Indian army to help in the country’s response to the pandemic.

“There has never been such a request from Kabul, nor has there been such a suggestion from Delhi. These are false reports, even false perceptions,” he told Arab News.

Afghan President Ashraf Ghani’s government has been forging closer ties with India, which in recent days has sent several thousand tons of wheat to Afghanistan for distribution to regions where the virus outbreak has had the worst economic impact.

For the past few years, New Delhi has also been supporting Kabul with military equipment, including army helicopters, in its fight against the Taliban who have closer ties with Pakistan — India’s archrival.

The deployment of Indian troops on Afghan soil, however, would be done only in extreme emergency and thst to with full agreement between the two Governments.

According to Khaama Press and several Indian media outlets that carried the story, the planned assistance was part of India’s policy of extending a helping hand to all friendly countries in the region, and followed a mission to the Maldives last month, in which an Indian military team helped to establish COVID-19 testing laboratories and train local medical professionals in dealing with
the disease.

Afghan Ministry of Health data on Thursday revealed that 1,226 cases of COVID-19 had been recorded in the country and 40 people had died after contracting the virus. But with the country struggling to diagnose and treat infections, the figures could well be higher than officially reported.

Wracked by violence and conflict since the Soviet invasion in 1979, Afghanistan is believed to lack the health care system and infrastructure required to deal with the COVID-19 pandemic.