Farmer’s Agitation : Please read in detail and Then Only Form Your Opinion

In a debate recently, it was said that 70% of the MSP allocation goes to just two states — Punjab and Haryana. To this, Prof. D K Giri retorted, ‘but they also contribute 70% of the country’s food production’.

Rajasthan, Bihar and Gujarat followed at 5th, 6th and 7th position together accounting for 21.09%. This shows that Punjab and Haryana together contributed 28.28% of the total wheat production in 2017-18 which is still below Uttar Pradesh.

Thus Punjab at No 2 and Haryana at No 11 together contributed 15.85% of the country’s total rice production.

During the debate, Shri. Chengal Reddy, a renowned farmer’s leader from Andhra brought out a very valid point. He said that rice and wheat producers are not the only farmers.

There are fruits and vegetable producers, producers of chilli and spices, pulses, oil seeds, tubers, rubber, cotton, sugarcane and others. They are farmers, too! Therefore, Punjab farmers cannot hold the country to ransom is the message that Chengal Reddy, as well as the statistics given above, delivers.

SO LETS LOOK AT THE ECONOMICS OF THIS FAKE FARMER AGITATION:–

I SUPPORT A GUARANTEED MSP DEAL FOR SMALL FARMERS WITH LANDHOLDING UPTO 5 ACRE. REST ALL IS A FREE LUNCH PROTECTION PROGRAMME COMING WITH POLITICAL SUPPORT OF THOSE WHO OTHERWISE LOOSE ELECTIONS. IF IT REALLY WAS ABOUT ‘ANNADATA’ THEN PUNJABI FARMERS SHOULD OFFER TO DECREASE THE 55% SHARE THEY ARE CAPTURING FROM THE NATIONAL BUDGET ON MSP PROCUREMENTIN FAVOUR OF OTHER STATES’ FARMERS.

SPARE THE ‘ANNADATA’ TAGLINE…..ITS ALL ABOUT MONEY, HONEY!! 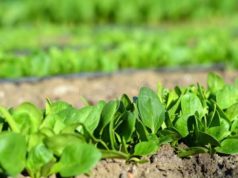 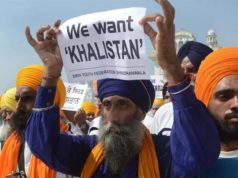