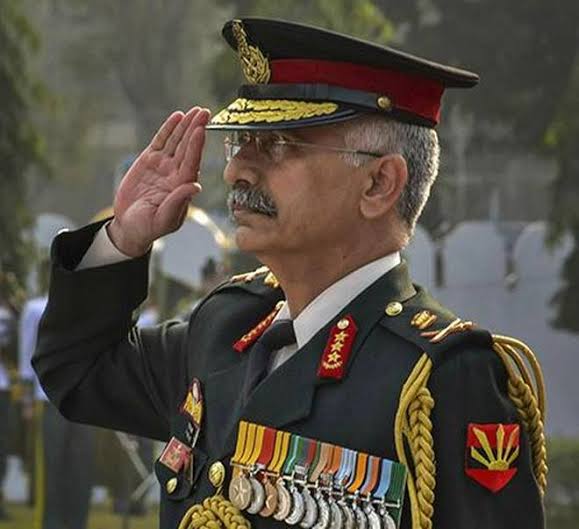 Eastern Army Commander Lieutenant General Manoj Mukund Naravane has been appointed as the next Vice Chief of the army and will be replacing Lt General D Anbu who is retiring on 31 August. Moving Naravane to New Delhi from Kolkatta is a clear indicator that he is likely to become the next Army Chief. Naravane will be the senior most army officer when the incumbent Army Chief General Bipin Rawat retires on December 31.

Naravane was commissioned into the 7th Sikh Light Infantry in June 1980. He has handled several appointments in peace, field and active counter-insurgency environments in the North-East, Jammu and Kashmir and as part of the Indian Peace Keeping Force in Sri Lanka.

He has commanded a Rashtriya Rifles battalion in J&K and an infantry brigade on the Eastern front. He has also been Inspector General, Assam Rifles (North) at Nagaland and commanded a Strike Corps. He was earlier heading the Shimla based Army Training Command.

With this move many other major changes have also taken place in the army top brass. Apart from a new Vice Chief, four Army Commanders have also been appointed.

Lieutenant General Anil Chauhan who is currently the Director General of Military Operations (DGMO) is appointed as the new Eastern Army Commander. Chauhan has commanded 3 Corps in the Eastern theatre.

Three other army commanders have also been appointed. Lieutenant General A S Kler, who is the Director General Military Training, will now head the Jaipur based South-Western Army Command. He will replace Lieutenant General Cherish Mathson, who retires on August 31.

Lieutenant General I S Ghuman, who is the Deputy Chief (Information Systems & Training) has been appointed as next Central Army Commander. The Lucknow based command is being headed by Lieutenant General Abhay Krishna, who retires on September 30.