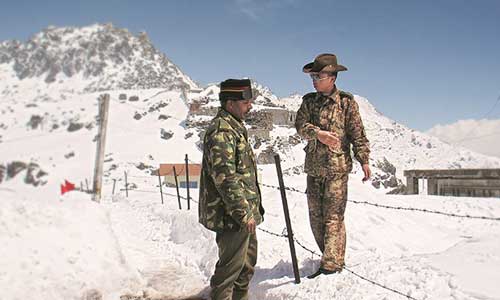 India and China on Monday emphasised the importance of maintaining peace and tranquillity in their border areas to ensure the smooth development of bilateral relations.

Both sides acknowledged the need for peace along their disputed border during a meeting of the Working Mechanism for Consultation and Coordination (WMCC) on India-China Border Affairs held in Beijing.

The two countries have been focused on improving bilateral ties following last year’s informal summit between Prime Minister Narendra Modi and President Xi Jinping at Wuhan, which was aimed at resetting their relations in the wake of the 2017 stand-off at Doklam. “In accordance with the importance placed by leaders of both countries for effective border management, both sides reviewed the situation in the border areas,” said an external affairs ministry statement.

“The importance of maintaining peace and tranquillity in border areas as a prerequisite to smooth development of bilateral relations was acknowledged by both sides,” the statement said.

The Indian side was led by Naveen Srivastava, joint secretary (East Asia) in the external affairs ministry, and the Chinese team was led by Hong Liang, director general of the department of boundary affairs in China’s foreign ministry.

Death toll in Kabul mosque blast rises to 21, with 33 wounded