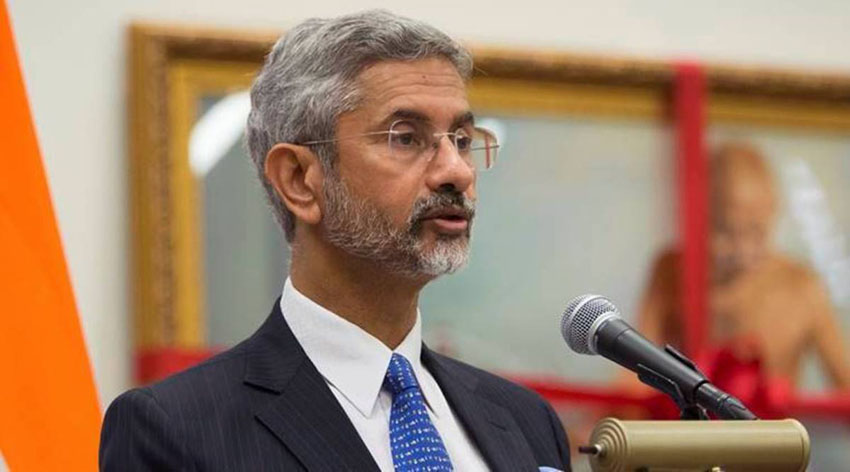 Describing the neighbouring Afghanistan as a contiguous neighbour, External Affairs Minister Jaishankar, during the recent Fund Pledging Conference, expressed concern at the recent rise in violence in that country.

Calling for an immediate and a comprehensive ceasefire, the Minister has announced new development initiatives for Afghanistan. These initiatives include a dam to supply water to Kabul and around 150 community projects for $80 million.

India is committed to a long-term role for the development of Afghanistan,said the external affairs minister S Jaishankar said at a virtual international fund pledging conference.

India has an agreement with Afghanistan for building Shahtoot Dam in the Kabul river basin. This will provide drinking water to two million residents of Kabul city.

According to the external affairs minister, this dam will be built on the 202-km Pul-e-Khumri electricity transmission line. This line was built in 2009 to provide power to the city.

While highlighting that today no part of Afghanistan is untouched by the 400 plus projects that have been undertaken in all 34 of Afghanistan’s provinces, the minister stated that India’s development portfolio in Afghanistan has to-date amounted to over US$ 3 billion. According to him, 65,000 Afghan students have also studied in India.

Under the Phase IV of its high impact community, development projects initiative focused on smaller project for villages and districts, India has plans to launch some 150 projects worth $80 million,

Expressing concern over the increasing level of violence and calling for an immediate ceasefire, the Minister said “ India will support all efforts to bring peace and stability in Afghanistan, and we also believe the peace process must be Afghan-led, Afghan-owned and Afghan-controlled.” he said.

The growth of the landlocked country has been affected by its geography. Alternative connectivity has been provided by India developed in Iran. This was the route used during the COVID-19 pandemic to transport 75,000 tons of wheat. And, also, more than 20 tonnes of medicines and equipment.

The two days (Nov 23-24) 2020 Afghanistan Conference was co-hosted in Geneva by the governments of Afghanistan and Finland with the UN.

During the conference, besides the financial support, a joint political declaration, a new development framework, and a new aid architecture for Afghanistan’s development needs is expected to be drawn.

While the European Union for the next four years has pledged $1.2 billion to Afghanistan, ministers from several countries including Canada has called on the Taliban to declare ceasefire.

President Ashraf Ghani in his keynote speech thanked India for its commitment of over $2 billion and also both India and Iran for the Chahbahar corridor in related sea corridor as well as the air corridor.