Vizag or Visakhapatnam is a strategic location on the East Coast for the Indian Naval forces and also the nerve centre for Ship Building Centre for building nuclear powered submarine.

INS ARIHANT class submarines ,INS CHAKRA Alternate Operational Base at Rambilli, the naval base after Eastern Naval Command headquarters, training centre for Marine Commandos and headquarters of the submarine arm all are located here.

It is also banking on the order for medium refit of Russia-made third SINDHUGHOSH class submarine INS SINDHURATNA for which it has submitted technical bids.

Now Hindustan Shipyard Limited (HSL) is gearing up to undertake sea trials of India’s first missile tracking ship by the first week of October. Once ready, it will be India’s first, a force multiplier and cruise the country into a global elite club.

The keel of the ship, which was laid on June 30, 2014, is being built for providing information to the National Technical Research Organisation, the technical intelligence agency working directly under the supervision of the Prime Minister’s Office and the National Security Adviser. The ship will be under command the Indian Navy and manned by it and in this respect will be like any other Naval Ship.

Considered a “topmost secret project”, a lot of confidentiality is being maintained in executing the project costing about ₹750 crore. It will be named after its induction into the Indian Navy. For now, it is simply referred as VC 11184.

This will be the first of its kind ocean surveillance ship being built as part of the efforts to strengthen the country’s strategic weapons program.

When asked about the commencement of sea trials, HSL Chairman and Managing Director Rear Admiral LV. Sarat Babu told The Hindu that the sea trials would be carried out either by September-end or the first week of October and they were confident of handing over the vessel to the Indian Navy by the year-end. “This would put India in the elite of club of a few countries that have such a sophisticated ocean surveillance ship,” the Rear Admiral pointed out.

Declining to comment further, he said they had successfully completed the basin trials sometime ago.

The ship was built inside the covered dry dock. It has the capacity to carry 300-strong crew with hi-tech gadgets and communication equipment, powered by two diesel engines, and a large deck capable of helicopter landing. 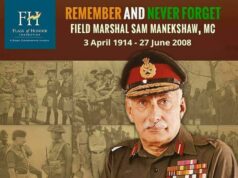 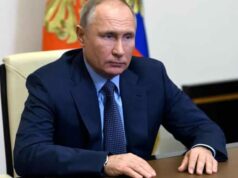 Russia will not join Treaty on Prohibition of Nuclear Weapons