Since the deadly clash between Chinese and Indian troops in the Galwan Valley on June 15, India has categorically told China that henceforth there will be NO business as usual. The Chinese Communist Party’s strategy of “having the cake and eating it too” would not work any more.

While Government of India started a planned delinking of its economics with China in a phased manner, even the general public gave calls for boycotting Chinese products. Initially China, did not take these calls and actions seriously, they were of the opinion that India waging a trade war with China would be like throwing an egg at a rock. The Chinese Communists smugly believed that such actions by India would be having a potentially devastating consequences on what they believed was already a fragile economy. They believed that the Chinese involvement in the Indian economy was simply irreplaceable.

The Chinese business houses soon started realizing that Calls from Indians to resist or substitute made-in-China goods, ranging from telecoms instruments and electronic components to consumer electronics and toys, were not just from a few elites but instead whole heartedly from the Masses. The boycott not only started affecting future Orders but soon local products and imports from other countries began challenging the dominance of Chinese goods in the Indian market and soon it was challenging the Chinese production and export itself. Indians at last became fully aware of the shoddy nature of Chinese goods in nearly all spheres. The average Indian consumer simply began to distance itself and started boycotting nearly every Chinese product.

Even the common man vowed to boycott the Chinese products, no matter how cheap it was. This soon began to hurt those trading in Chinese goods and resulted it reduced orders on the Chinese factories.

The Upcoming Indian import merchants at Yiwu in China, the world’s capital of small commodities, began to witness a drastic reduction. An Indian expat town which was in the process of being formed, slowed down to a crawl.
As per an Indian businessman earlier over 30 percent of hardware in India had begun to come from China but has now reduced to below 15 percent. Earlier he used to visit Zhejiang Province nearly five times a year since 2015 to buy handbags, bicycles, shoes and purses to sell in India. This came down to just one visit.

The wealthier Indian middle class has totally killed it’s demand for shoddy Chinese goods. Those who earlier were convinced to buy a Xiaomi smartphone are now looking at an iPhone and other brands. Instead of buying a cheaper Chinese product, they have started to delay their purchase and wait for alternatives. This is certainly bad news for the Chinese economy which is in need of a consumption boost amid the Wuhan Virus pandemic.

From the above data it is very clear that with boycott of Chinese goods by Indians and the delinking process started by Govt of India, China is suddenly terrified of loosing a super vast market. India too has woken up and has started reducing the huge trade deficit of 55 to 57 billion dollars per year.

Once the orders which have been already paid For are supplied by China, suddenly they will feel the impact of a very low fresh order and that too declining slowly in a phased manner.

India’s has also taken a considered decision to walk away from various free trade deals such as the Regional Comprehensive Economic Partnership to reduce inflow of Chinese goods re packaged elsewhere. Now Chinese have a chance to welcome imports from Pakistan, Turkey and other such countries. They are already at war with Australia, which earlier had been one of the biggest exporters to China of meat, wine, grains, iron ore etc.

Trying to hit back at India, China’s tariff authority this week announced that China will begin to offer zero-tariffs for 97 percent of trade items from Bangladesh from July 1. Some media reports have suggested that Bangladesh, one of India’s textile competitors, may replace some of India’s textile exports to China. This will be welcomed by India because with better economy their will be far less migrations of Bangladeshis to India. Reversal of migration will resolve a lots of problem in North East States of India.

Swaran Singh, a professor at Jawaharlal Nehru University, says that the recent border tensions have strengthened the movement to resist Chinese goods and investments within India. He estimated that, coupled with other factors like the overall global economic slowdown put, 2020 will see India-China bilateral trade shrink by at least $10 billion. Even Chinese investments have been nearly banned in India and are no more welcome. Though China may now redirect these investments toward India’s neighboring countries, like Pakistan, Sri Lanka, Bangladesh and Myanmar, in order to control things in an indirect way, as they are trying it out in Sri Lanka. However as thing stands, it is India’s backyard, where even after years of economic subterfuge in Maldives, finally the Chinese got kicked out unceremoniously.


Indians are Not only calling for a boycott of Chinese products and a decoupling from China following the border clash, but the Indian industry realizing their heavy dependence on China for key components of products like smartphones, solar power equipment and automobiles, have already started diversifying and even carrying out indigenization.

In fact a Chinese top brand has now confessed
that it purchases around 65 percent of components locally for its smartphones sold in India. Chinese smartphone brands earlier having a market share of about 72 percent in India, dominating every price segment, are now down to below 40%.

Shares of Chinese solar power products account for a sweeping 90 percent of the local market is down to below50%, auto components about 26 percent is down to 10%and telecoms equipment controlling 25 percent, is down to 5%.

Till recently India’s auto industry relied heavily on China for electric parts, pressure sensors and fuel injectors, among other components, but now it is already becoming history.

Rajan Wadhera, president of the Indian Society of Indian Automobile Manufacturers, said in March that supply chain disruptions in China caused by the coronavirus outbreak in part affected the clearance of BS-IV car stocks for transition to a new BS-VI emissions regime. Industry data shows China exported $4.3 billion worth of parts to India’s $57 billion auto component industry in the 2018 financial year alone. Thus this will be a big blow to the Chinese manufactures and exporters.

The Indian government is already finalizing guidelines for its Production Linked Incentive (PLI) Scheme by the end of this year, aiming to encourage the local production of APIs, according to local media. It is said the scheme will have financial implications of more than 6,940 million crore rupees ($913,272) over the next eight years.

India which has been importing an average of 68 percent of its total bulk drugs and intermediates from China every year, has begin reducing it and soon will reduce it drastically. That is why the delinking is being done in a phased manner and not irrationally.By viewing the over-dependence of India’s pharmaceutical industry on Chinese exports the fragility of its supply chain has been now seen very clearly. So the trimming has started.

Behind rising Indian tech start-ups, venture capital (VC) and a slew of high-tech giants from China have been eagerly investing in the South Asian country over recent years, bringing capital and technology. However all this was with aim of future control. This has now come to an end. Now Japanese, European and American investors are coming up in large numbers

International investors especially from the US, Europe and Japan are already betting on the growth potential of the Indian market. “They can refill the capital gap as Chinese investors are being kept at bay amid souring ties. USA can offer better technology and business experience than what Chinese firms have been bringing to India till now.

TikTok, the short-video platform owned by Byte Dance, had overtaken YouTube in India with 200 million subscribers but now has been reduced to nearly zero.

India’s internet industry is similar to China in earlier years when there were huge user base and population dividends.

Now The Chinese are worried lot and have to look for potential market to replace India but that will not be easy. So they are trying to woo opportunity-rich Southeast Asian markets including Vietnam, Thailand and Indonesia.

Chinese investors have turned to Southeast Asian markets for new industry leaders. Among the region’s 11 tech unicorns, 10 have backing from Chinese investors. In addition to Grab and Gojek, the biggest on-demand mobility start-ups in Southeast Asia, Singapore-based e-commerce company Lazada Group is 83 percent owned by Alibaba while major rival Shopee is backed by Tencent.

In the last couple of years, over $6 billion worth of investment in start-ups had come from China in addition to investments by large Chinese companies like Xiaomi, Oppo, Vivo, TCL and large automobile companies. All have been shown the door as India has started its own. 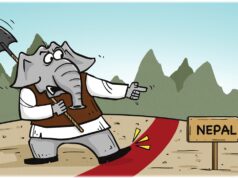 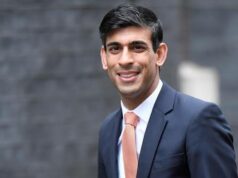 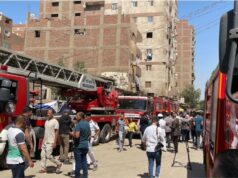