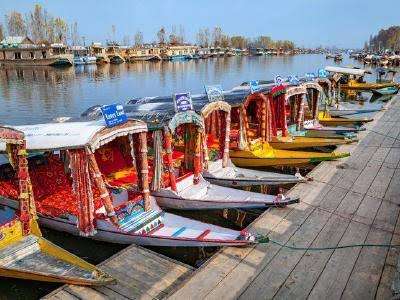 On Monday, the Central Government in a historic decision revoked Article 370 of the Constitution that granted special status to Jammu and Kashmir, with home minister Amit Shah blaming the special provisions for lack of investments and growth in the state.

Now with the offensive Article shredded, in order to promote Jammu & Kashmir as an attractive destination for investments, the UTs department of Industry and commerce has reached out to several corporates including ITC, Tata Group, Suzlon Energy, Mahindra Agrotech, UltraTech Cement, and Radisson Hotel to participate in its first Investors Summit. It is likely to be held in October-November, top officials said.

Prodded by the Centre, the department, along with Confederation of Indian Industry, is also planning roadshows and interactions with officials and investors from countries of the Middle East, Malaysia and Singapore to attract investments.

Apart from tourism and hospitality, which are the major focus, they have identified pharmaceuticals, food processing, healthcare, education and manufacturing as likely focus areas for Jammu, and healthcare, dairy, renewable energy, handicrafts and horticulture for Kashmir, officials said.

J&K industry and commerce secretary Navin Kumar Choudhary said the department was in touch with all major corporate groups that are relevant to the new union territory’s demography and all details will be firmed up in about a week. “We have reached out to all major and medium level players,” he said. “Due to the geography we are more keen on medium and small-scale industries than big companies.”

J&K officials said they have requested Prime Minister Narendra Modi, President Ram Nath Kovind and five senior Union ministers to take part in the summit that will be held in two parts, first in Srinagar and then in Jammu.

Consultancy firm Ernst & Young has helped the officials identify areas of potential investment as well as key challenges such as land laws, poor transport, and delay in clearances that might affect the business environment.

CII northern region chairman Sameer Gupta said sectors such as IT, auto, wellness and medical tourism will open up soon. “Ladakh is the most suited for firms in solar power because of its radiation levels, so we are also targeting the power sector,” he said. “The area of Anantnag and Baramulla is well known for cement and other raw materials. We will also showcase case studies of medium and small industries that are operating successfully in J&K. J&K has the advantage of low cost of power, availability of water and low-cost labour, which can attract investors.”

Venguswamy Ramaswamy, global head of TCS iON, a Tata Consultancy Services unit focused on education, said the company in the last few months had looked at various aspects of investment potential in both Jammu and Kashmir, after visits and interactions with local industrialists.

“We have already pointed out challenges such as lack of proper rail and road connectivity, and how the environment could be made more congenial to investors,” he told ET. “At TCS, we have already conveyed our intent to have more examinations in J&K for students so that they don’t have to go out to qualify for jobs.”

Confirming ITC’s participation in the summit, a company spokesperson said, “Given ITC’s growing presence across agriculture, manufacturing and services, we evaluate opportunities in different states from time to time. The proposed investors summit will provide an opportunity to examine the prospects and potential in Jammu and Kashmir.”

Officials at the Department of Industrial Policy and Promotion (DIPP) said the tentative dates for the summit is October 12-14, but said they are waiting for the dates to be firmed up before making final plans.

Local Kashmiri Industry associations, however, have asked for the summit to be postponed till the political situation settles in. They have also raised issues of non-availability of land for industrial development, delays in clearances, lack of power subsidy for the tourism sector, poor implementation of crop insurance schemes, rehabilitation of areas affected in floods, and decongestion in Srinagar that need to be addressed.

Rakesh Gupta of Jammu Chamber of Commerce and Industry said that the system of approval of clearances and corruption that prevents startups from taking off in Jammu & Kashmir had to be checked. “They have to first make it easier for existing and aspiring businessmen here,” he said. “It will be better if the summit happens after the land laws and other changes after the removal of article 360 and 35A are in place.”

Lalit Mahajan, president at Bari Brahmana Industries Association (BBIA), said the investors summit should listen to local voices, and ancillary units need to be promoted in J&K. “There is good potential for sugar mills around the Lakhanpur border and for growing aloevera in many dry places here but for that local businessmen need mentoring and encouragement.”