Labourers from Jharkhand who have created infrastructure in Ladakh so far, to lay roads also on China border 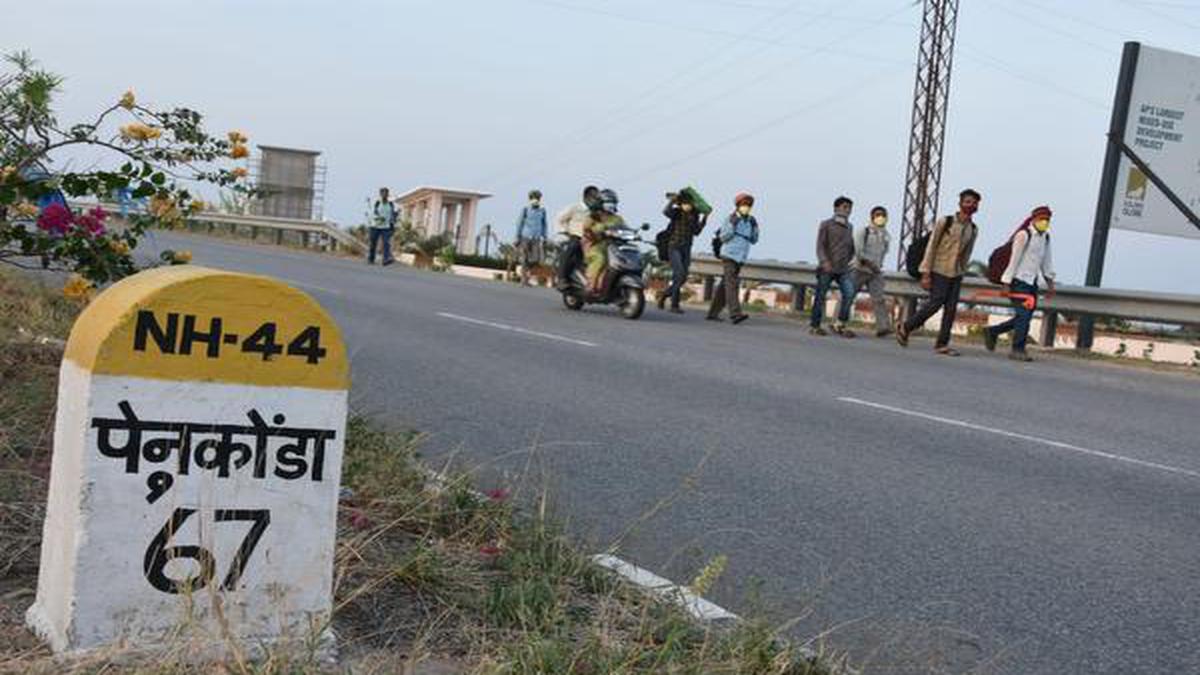 Labourers from Unified Bihar have been engaged in development of infrastructure in Jammu & Kashmir since 1980’s. Labourers from Dumka were there to construct roads across Doda District to link Paddar valley in 1985 itself. Now there is proper linkage with Himachal and from there to Padam in Zanskar.

In 1995 labourers again from Jharkhand were there constructing roads in Tangste Darbuk towards Pangong sto in Ladakh.

Now once again Tpthe defence ministry has sought 11 special trains to move workers from Jharkhand to Jammu and Chandigarh from where they will be taken to areas close to the China border for building roads, three officials familiar with the matter aid on condition of anonymity.

The move comes even as Indian and Chinese soldiers are eyeball to eyeball at four locations along the Line of Actual Control in Ladakh.

“There is no question of halting work on the road projects because of the standoff that could go on for weeks. The working season has begun and we cannot waste time,” said one of the officials cited above. He said some work has already started on the strategic Darbuk-Shyok-Daulet Beg Oldie road in Ladakh.

A second official said 11,815 workers will be transported on the 11 trains, and then be ferried to border areas in Ladakh and Jammu & Kashmir, Himachal Pradesh and Uttarakhand, where the Border Roads Organisation (BRO) is constructing important roads. The Union home ministry asked the railway ministry on May 22 to arrange the special trains from Jharkhand to Jammu and Chandigarh, said the second official.

This person said Union home minister Amit Shah discussed the issue of workers with Jharkhand chief minister Hemant Soren on Thursday when he spoke to chief ministers about the next phase of India’s exit from the ongoing lockdown. “Most of the workers are from Dumka. The state government will let the Centre know when they can go and work in the border areas.”

Home ministry officials said the trains will be operated as per the standard operating procedures dated May 19 on the movement of stranded workers during the lockdown.

China has marshalled close to 5,000 soldiers and deployed tanks and artillery guns on its side of the disputed border in the Ladakh sector where India has also sent military reinforcements.

HT on April 28 reported BRO’s plans to induct up to 40,000 workers to carry out the construction of key roads and tunnels in far-flung areas in the forward areas along the China border despite the Covid-19 pandemic.

“Infrastructure development along the border areas is an important requirement for both military and civilian purposes. Infrastructure building in our areas will continue as per the plan,” said Lt Gen SL Narasimhan (retd), a top China expert and a National Security Advisory Board member.

The Ladakh administration wrote to BRO on May 15 saying it has no objection to the labour force being inducted for work in the forward areas. It said the workers will be quarantined for 14 days after they arrive in Ladakh and social distancing norms will be strictly followed during the construction work.

BRO’s peak working season extends from May to November. Migrant workers are a key part of the organisation’s workforce involved in building strategic roads in Ladakh, Jammu & Kashmir, Uttarakhand, Himachal Pradesh, Arunachal Pradesh and Sikkim. It plans to complete all 61 strategic roads assigned to it along the China border by December 2022 to allow swifter mobilisation of troops and stores to forward areas.

The inside story: Mashkoh– Kargil as I saw it # 7