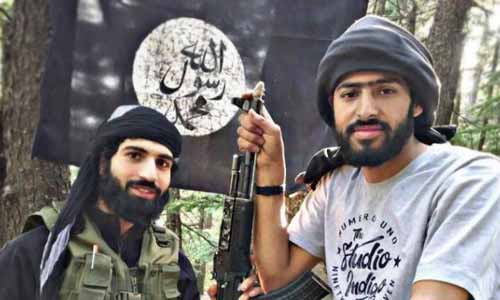 Kashmir has been a hot-bed of militancy for many years. A considerable number of Muslim youth over the years in Kashmir have been drawn to the life of a militant by deliberate and planned indoctrination. At most times all it takes is an emotional or financial trigger, to lead a youth to a life of terrorism and militancy.

Savio Rodrigues, Founder & Editor-in-Chief, IndianExpose speaks to a distinguished Colonel of the Indian Army ((on condition of anonymity) who is posted at a District in Kashmir which witnesses frequent militancy activities. He speaks on his experiences in tackling terrorism and the impact of abrogation of Article 370 on militancy. He requested we do not name him on an account of Army protocol:

IndianExpose (IE): In your experience in handling terrorism and Kashmiri militancy for several years, what leads a young Kashmiri youth to take up militancy and terrorism?

Colonel (CL):Most Kashmiri militants that have been caught and who have been interrogated believe that there is glamour in terrorism. They believe that they have power over life with a weapon in their hand. By life, I mean life of another person. Their inability to have a meaningful employment in J&K, that allows them to lead a glamorous and easy money-backed life is a critical decider that leads most of them towards a life of a militant. But in my view and I know it will be considered controversial, nevertheless the truth – the most important cause for the rise in Kashmiri militancy is the germination of the seeds of a separate Kashmir and an Islamic state in the education system taught at a young age in some Madrassas.

IE: What is the difference in the mental-framework between a Kashmiri militant and Pakistani terrorist that you have interrogated?

CL:A foreign terrorist is driven solely and wholly by his indoctrination in Islamic Jihad. He is brainwashed through constant data badgering – pictorial or video – during his recruitment and training – about how Muslim women are being raped in India, Muslims not being able to allowed to practice Islam in India by the Hindu majority and that there is a need to convert India to an Islamic state. In some cases, I have interrogated some Pakistani terrorists who are shocked when they come to India and see that Muslims have mosques to prayer. Women are roaming the streets securely and safely. Unfortunately most are too deep into their Jihad that it is difficult to even attempt to change their state of mind.

IE: You mentioned education as the most important cause in the rise of Kashmir militancy. Could you please for the people of Indian elaborate on this statement?

CL:If you research back into the education background of all of the militants killed in Kashmir so far, even the most educated ones, you will be shocked to notice that everyone at some point of time had his initial formal education at a Madrassa. Some Madrassas are breeding grounds of a dangerous strain of Islamic ideology in Kashmir (but not all), that’s why when they grow up and face challenges in life, it is easy to manipulate them on thoughts of their land, people and religion being in danger. All it takes is a trigger and I have seen some brilliant and bright Kashmiri youth take to militancy. In fact it is almost depressing that even after attempts to reason with them on their illogical path to death, at most times we fail.

IE: What do you mean that a Kashmiri militant has chosen an illogical path to death; in his mind, he is ideologically and economically driven in his commitment to militancy?

CL:Let me be brutally honest. The life expectancy of a Kashmiri militant is minimum two days and maximum one year. Many are killed within the first three months of becoming a militant. As far as we in the military are concerned, a Kashmiri militant has only two options, either he surrenders or he dies. The ideology that drives him to become a militant is the ideology that gets him killed.

IE: Does the Army attempt to reform these Kashmiri militants?

CL:A militant has an option to surrender. We are not men in uniforms just sitting and waiting to kill every Kashmiri militant. In fact we at times do our best to reach out to the Kashmiri militants to get them to come back to a normal life.

Let me tell you about one of my personal experience. There was this intelligent and good-looking Kashmiri youth. I had him on my intelligence radar for some months on account of the people he was getting associated with and the noticeable changes in his posts on social media. I could see him deteriorating. I tried to reach out to him personally before he turned to militancy and after he became a militant. I even urged him to surrender. But this youth had gone too far in his mind with his militancy, he just refused to come back and eventually was killed. I often tell my family and friends, that this young boy would have made such a wonderful screen actor in a TV soap opera because he looked like a model, if only I could breakthrough his corrupted mind.

The sad bit about this story is that this boy took to radicalism and militancy because his girlfriend dumped him for another boy. That was the trigger that pushed him into militancy and open the door to death.

IE: Do you see now that Centre has abrogated Article 370 will Kashmir return to normalcy with regards to the problem of militancy?

CL: I believe that the abrogation of Article 370 is the first step towards working towards bringing Kashmir back to normalcy but normalcy will not happen over the next couple of months. It will take several years to weed out the radicalised mindset of Kashmiri militancy because first we need to kill the channels that fuel this radicalism and militancy. It is not a superficial problem. It is deep rooted concern.

Therefore, like I mentioned before education is the first step. It is imperative that the Indian government ensures that CBSE/ICSE schools are set-up in Kashmir and we need to act firmly against questionable teachings in some Madrassas and Madrassas-like government-run schools.

We have been working to crush terror and militancy financing in Kashmir while also dealing with strong-international Islamic radical organisations in Kashmir swiftly but that’s an on-going process with the reigns of governance at the Centre, the actions would be more quicker and firmer.

Another reason why the Article 370 abrogation and 35/A was much needed; is that there is an immense need to increase employment opportunities for the Kashmiri youth. An idle mind is a devil’s workshop. Money coupled with ideology drives his decision to become or not become a militant.

IE: I am curious Colonel, if Kashmir has been under lockdown. Why have we still seen acts of militancy where Indians have lost their lives in the last couple of days and a spate of stone-pelting incidents?

CL:The spate of stone-pelting incidents has been coincidentally post the opening up of the phone lines. For days due to lack of communication especially the Internet, there has not been any direction for the militants or stone-pelters on what to do in what situation.

Moreover, while communications had been cut-off in J&K, we have cases of some the militants in our custody, who had traveled to Mumbai or Delhi and returned to Kashmir on the same day or the next to take orders on what to do. In another case, we caught a person, who traveled from Delhi to Kashmir with communication of a militant agenda.

It is unfortunate to lose the lives of our Indians due such vile acts of militancy.

IE: Do you suggest that the lockdown on communications should continue still even after three months?

CL: Social messaging platform such as Whatsapp or even the SMS have been key drivers off rumours, false news and planned militancy operations of the Kashmiri militants. They have been extensively used to stir trouble in the region especially militancy.

When the government restores communication entirely, we will be prepared for an increase in militancy acts. But before that happens, the government agencies which includes the army would have tightened the hold over the immediate militancy conflict in Kashmir.

For now it has been a very effective decision taken by the government. It has left many working against the interests of India including the Kashmiri militants confused and unprepared.

Of course it has strained the common man. But we are dealing with a difficult situation and our aim is to protect the lives of the people in the region.

I am confident that the government will reopen all communications at a time when it safe and secure for the people in the region.