Banerjee is pitted against her former protege and now the BJP candidate Suvendu Adhikari in Nandigram, the spring board that propelled her to power in 2011, dislodging the Left Front from power after a 34-year unbroken rule. 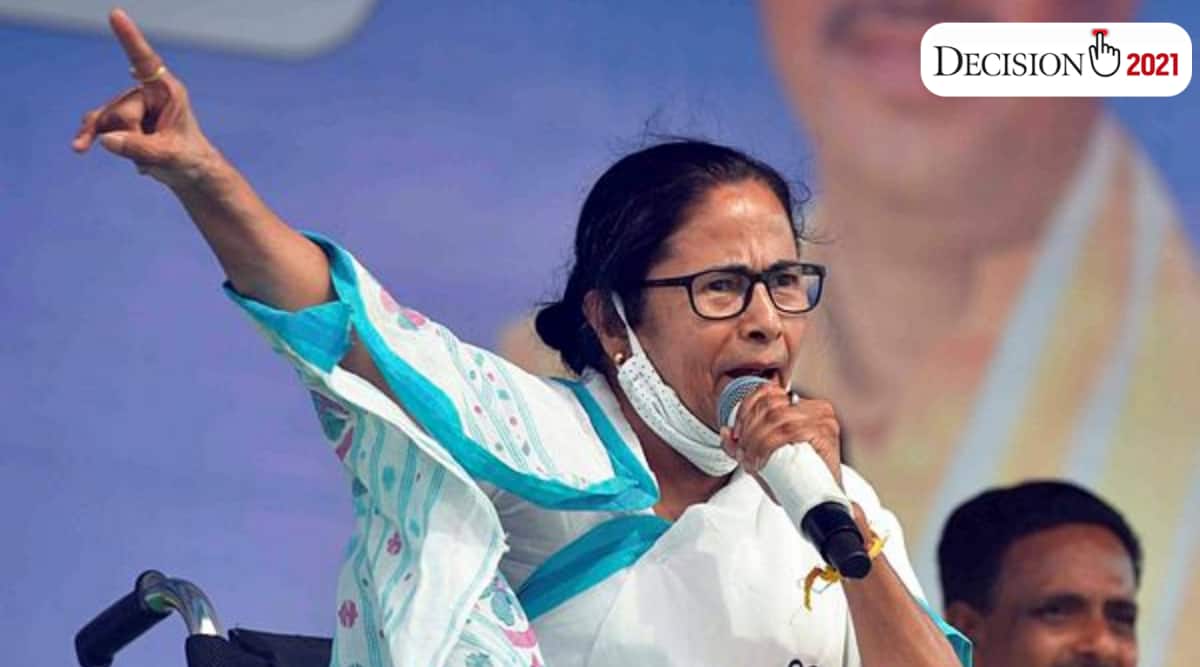 A huge controversy erupted on Saturday amid the polling for 30 assembly seats in West Bengal, with the BJP releasing an audio clip where Chief Minister Mamata Banerjee is purportedly heard cajoling a BJP leader from Nandigram to rejoin the TMC and help her win the seat.

Banerjee is pitted against her former protege and now the BJP candidate Suvendu Adhikari in Nandigram, the spring board that propelled her to power in 2011, dislodging the Left Front from power after a 34-year unbroken rule.

A BJP delegation, led by party general secretary and Bengal minder Kailash Vijayvargiya, met the state’s chief electoral officer and handed over the tape, claiming Banerjee was using her official position to influence the outcome of the bitterly contested assembly poll.

The ruling TMC questioned the genuineness of the audio tape, but asserted that since Pralay Pal was a former TMC leader who switched over to the BJP, there was nothing wrong with Banerjee trying to woo him back.

Pal, who pledged his allegiance to the Adhikari family, whose two members are still TMC Lok Sabha members, claimed Banerjee personally called him up and asked him to help her win the Nandigram seat.

“You should help us win Nandigram. Look, I know you have some grievances, but that’s due mostly to the Adhikaris who never allowed me to get into Nandigram or East Midnapore. I will take care of everything henceforth,” Banerjee purportedly told Pal, a BJP official in East Midnapore, the district where the Adhikari family holds sway.

“Didi, you called me and I am honoured. But I can’t betray the Adhikaris as they have stood by me through thick and thin,” he was heard saying in the audio clip.

He later told TV news channels that Banerjee called him up and requested him to return to the TMC, a proposal he declined. “I am now working for the BJP and can’t betray them,” said Pal.

PTI could not independently verify the authenticity of the audio tape.

Sharing the clip of the purported conversation, BJP’s social media head Amit Malviya tweeted, “Massive! Mamata Banerjee calls Proloy Pal, BJP’s district Vice President in Nandigram and pleads for help! Proloy tells her that he was humiliated in TMC, and he, along with this family, cannot betray the BJP. Pishi is definitely losing Nandigram and TMC Bengal.”

“Only a candidate who has accepted defeat can speak the way Mamata Banerjee has spoken,” Vijayvargiya told journalists.

When asked about whether the tape was authentic, the BJP leader retorted: “I as saying what I am saying with full responsibility (jawabdari).”

“She’s imploring (yachna) for help. It shows she has accepted defeat,” he said.

The TMC said the tape was not verified but found nothing wrong in Banerjee approaching a former partyman.

“First of all, the clip is not verified. We don’t know whether it is true or false. But we don’t see anything wrong in a politician calling her former leaders or aides. This is quite natural in politics,” TMC spokesperson Kunal Ghosh said.

The high-profile Nandigram seat will go to poll on April 1 in the second phase.