PLA Troops Trying To Advance, Made To Turned Tail 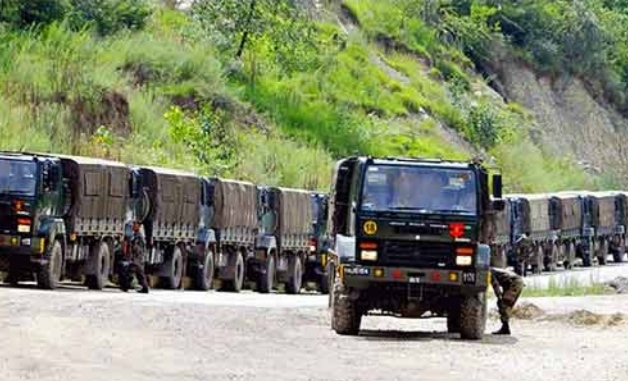 Tensions have spiked on the Line of Actual Control (LAC) once again, with the provocative military movements carried out by Chinese troops on the southern bank of the Pangong Tso lake on Saturday night.

During the current standoff that involves thousands of soldiers from each side in Eastern Ladakh, the Indian Army has pre-empted PLA action in the Pangong Tso area..

“On the Night of 29/30 August 2020, PLA troops violated the previous consensus arrived at during military and diplomatic engagements during the ongoing standoff in Eastern Ladakh and carried out provocative military movements to change the status quo. Indian troops pre-empted this PLA activity on the Southern Bank of Pangong Tso Lake, undertook measures to strengthen our positions and thwart Chinese intentions to unilaterally change facts on ground,” Army spokesperson Col Aman Anand has said. 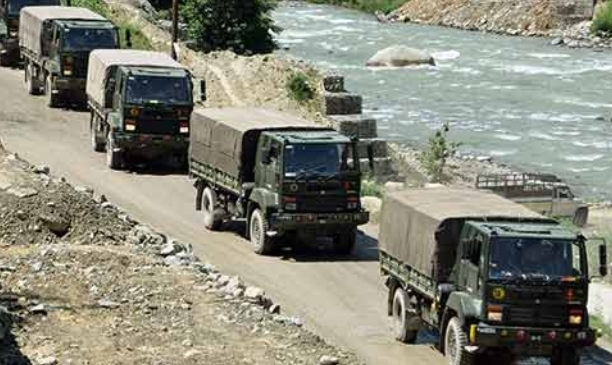 The southern bank of Pangong falls in the Chushul sector – has been an area of concern since the standoff started in early May, with a massive build up of Chinese troops along the LAC.

Massive movement of troops took place in Chushul Sector on Sunday after reports came in of the fresh Chinese aggression. The army is naturally not sharing additional details of the of the provocative Chinese military movements. A flag meeting is underway to resolve the crisis, this needs to be sufficient information for the public.

“The Indian Army is committed to maintaining peace and tranquility through dialogue, but is also equally determined to protect its territorial integrity. A Brigade Commander level Flag Meeting is in progress at Chushul to resolve the issues,” Col Anand said.

The LAC crisis with Chinese PLA refusing to move back from the northern bank of the Pangong Tso lake at the finger area has led to breakdown of economic and cultural relationship between the two countries. PLA troops have taken position on the Northern banks which earlier used to be patrolled by both sides.

A dominating feature known as `Black Top’ has emerged as the new flashpoint on the LAC after the People’s Liberation Army tried to occupy it late on Saturday night and create defensive positions.

Black Top is an important tactical feature in the subsector that overlooks Indian posts along the southern bank of the Pangong Tso lake. Sources said that late on Saturday night, the Army detected movement of around 300 PLA soldiers with equipment for constructing fortifications near Black Top.

Since the feature is well within the Indian Line of Actual Control, Indian forces were mobilised from nearby posts to occupy heights in the area and stall the Chinese movements towards the southern bank of the lake. The Indian deployment stalled a possible Chinese advance in the area.

Additional troops have also been moved to Rezang La and Reqin La in Chushul area to prevent PLA attempts to push into the area. India has in the past months also moved a regiment of T90 tanks to the vulnerable Spanggur pass at Chushul to thwart any possible Chinese ingress.

The PLA, which after occupying Tibet moved into Ladhak area of India and is in illegal occupation of Indian territory since 1962 and even before. So it sounds a bit funny when in an official statement, it has accused Indian troops of crossing LAC along the Pangong Tso lake and at Reqin La, located close to the scene of the gallant battle of Rezang La in 1962 in which a company of the 13 Kumaon battalion led by Major Shaitan Singh fought till his death.

However, Indian officials have rejected the tall claims of PLA and said that the deployments in Chushul subsector were well within the Indian side of LAC and the reason troops were moved forward was to avoid a situation like the Finger Area where PLA created defences by violating border protocols.

“Our troops have been posted forward to deny access as a repeat of the Finger area crisis was feared but we remain within our perception of the border. There have been no deployments across the LAC,” senior officials said. Sources said that 300 PLA troops have taken positions on a nearby feature known as Helmet Top. They are believed to be in possession of construction material used for fortifications.