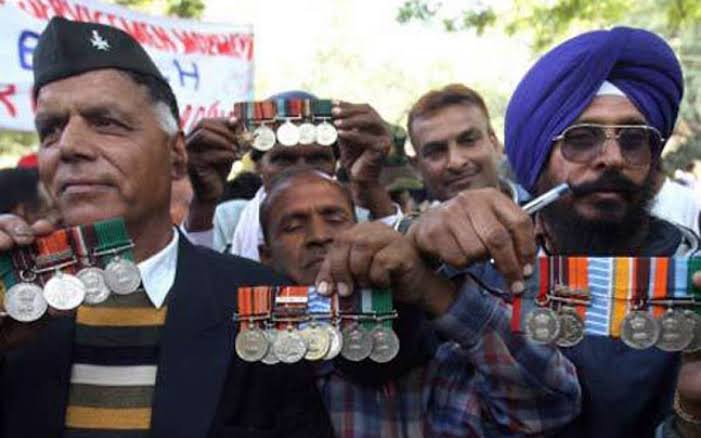 The Department of Military Affairs headed by Chief of Defence Staff Gen. Bipin Rawat is working in the most myopic manner on a new proposal to increase the retirement age of officers, besides Junior Commissioned Officers and Other Ranks from selected streams.

Gen. Rawat is violating the basic tenants of any Armed Forces, that it should be as young as possible and fighting fit. An aged army just cannot be fighting fit.He is further compounding the problem by proposing a new pension policy for those taking Pre-Mature Release (PMR), which seeks to dissuade officers from leaving the force in their prime.

Here The Ministry of Defence is violating, yet another Cardinal rule of the Armed Forces, that is serving with honour and with honour and for honour. Once an officer, JCO or a NCO is finally superseded then he should have a Right to leave the Forces. He should not be made to serve under a Junior, against his Will.

Thus once he has put in the minimum personable service, as applicable, then he may be permitted to leave, if he so desires. This procedure us beneficial to both sides. Armed Forces cannot and MUST not be saddled with a huge manpower which is both aged and disgruntled at the same time.

No wonder, this move of Ministry of Defence has drawn a sharp reaction from serving officers and the veterans.

The MoD thinks that majority of those who take PMR are from specialised fields who have been trained on the job. They end up leaving the force and taking up jobs in the private sector, which is actually a loss for the Services — Army, Navy or Air Force — that invest heavily in them. This not so. Also all investment is supposed to be paid back in 7 years of work by the individual.

Notwithstanding the above, this does not mean that one changes the rule of the game suddenly. We W don’t see a reason why the Army would want to forcibly keep someone against his/her wish. Most of those who take PMR are those whose career is not progressing in the KUTUBMINAR structure of promotion in the armed forces or are disgruntled.

Rather than forcing them to stay back, the Services should work on ensuring that it remains attractive for them to stay on. Also this should not just remain a departmental problem of the MoD or the Army, Navy and the IAF but should be dealt as a National problem and resolved at the National level. The CCS or rather the entire Cabinet and the Parliament has to look for a solution and have it implemented. This is a must for national survival.

Yes, the pension bill is increasing and the Nation must find a way to reduce it by reorganizing our entire governmental workforce structure. This should not be compounded by increasing the serving age of soldiers.

Out of a total outlay of Rs 30.42 lakh crore in Union Budget 2020-21, Rs 4.71 lakh crore has been earmarked for defence, including pensions. This defence budget is about 15.5 per cent of the central government’s entire expenditure plan.

In the ongoing budget, the pensions, one of the biggest expenditure components of the defence ministry, stands at a whopping Rs 1.33 lakh crore — 13.6 per cent more from the revised estimates of Rs 1.17 lakh crore.

What is even more troubling is that the increase is higher than the hike given in revenue (which takes care of daily expenditure and salaries) and capital funds (modernisation and acquisition) for the forces.

So either the Government should look for additional money For Defence or reorganize itself.

Thus the resources available for modernisation are being reduced out almost entirely by the “revenue expenditure” — costs that neither create assets nor reduce the government’s liabilities.

The working condition of the armed forces personnel are different from the civilian workforce of the government. And hence they cannot be clubbed together in the NPS. NPS is not the way forward to bring down the defence pension cost. The Narendra Modi government needs to come out with a new solution to reduce the defence pension bill.

The way out us that all those who want to join the Central Government, State Government and the PSUs, first must render a minimum service in the Armed Forces. This minimum service may vary from 5 to 7 years. The entire scheme has to be carefully worked out and implemented in a phased manner with full WILL if the Government.

To start with, Government must ensure that CAPF personnel first serve for 7 years in the Army and then move to CAPF in a seamless manner. For this Infantry Regiments / Other Arms Services Centres and respective CAPF centres be affiliated. Similarly CAPF officers after OTA training may serve for 5 years.

Also, the government should progressively bring in all other government departments into this. After putting in minimum service they get accommodated into a central government job. Naturally the defence pension will get reduced considerably. It will remain only for the permanent cadre if the Armed Forces, which is likely to be just 40% of the present.

There are many ways to cut down pension costs. The Modi government and the armed forces need to come together and ensure that nothing is done to bring down the Morale, ethos, segmentation, discipline and fighting efficiency of the Armed Forces.