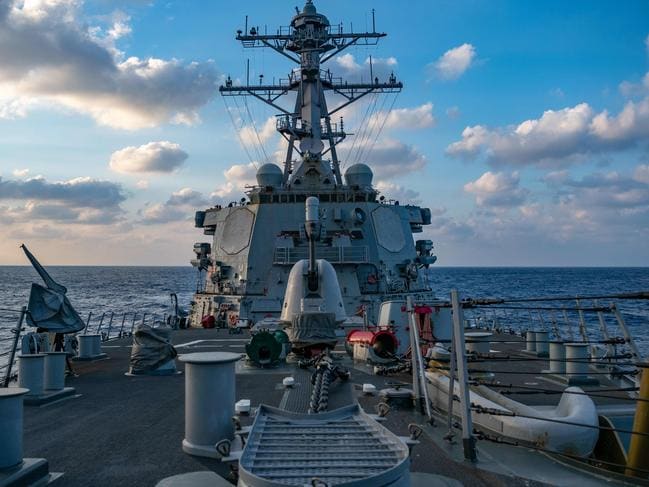 Possession is nine-tenths of the law – even if it defies diplomacy and international law. Just ask China about the South China Sea.

nch by inch. Step by step. China is stealing the South China Sea.

It has fish. It has clams. It has oil. It has gas. It’s also one of the busiest shipping highways in the world. Little wonder Beijing is so keen to seize it for itself.

Always certain to push just one level below open conflict, the Chinese Communist Party has been surprisingly swift in asserting its dominance over the 3.5 million square kilometres of water between Vietnam, The Philippines, Malaysia and Borneo.

Against all diplomatic precedent and international law, it simply occupied reefs in the Spratly and Paracel islands before subjecting them to massive terraforming campaigns. Seven of them are now artificial island fortresses.

Possession, after all, is nine-tenths of the law.

They are strategically well placed for warships, combat aircraft and missiles stationed there to dominate the surrounding air and sea supply lines. Everything that comes and goes can be closely monitored.

This gives Beijing de facto control over the rich seafood stocks in the water and the valuable energy and mineral resources beneath it. It also gives China the power to choke the supply of food, fuel – and military reinforcement – to its neighbours.

In April, Beijing attempted to cement the appearance of sovereignty over these disputed islands by declaring them to be part of a new government district. This includes territorial control of the surrounding seabeds – though artificial islands are not recognised as granting that right under international law.

Its navy has been interfering with Vietnamese and Malaysian survey ships.

Its own exploration vessels have been pushing deep into the territorial waters of its neighbours.

None of this is enough to spark open conflict. But the idea is for this situation to quickly become the “new normal”.

It’s another big push forward for Beijing’s territorial ambitions. And disenfranchised nations such as Vietnam and Malaysia fear it is already too late to claw back their claims.

They have the most to lose. China insists it owns the entire South China Sea right up to these nation’s coastlines. The UN, however, grants them rights to vast swathes of the sea under universal standards established after World War II.

An international tribunal rejected China’s claim to historical rights over the sea as baseless in 2016. Beijing simply ignored the ruling and continued its project to fortify the illegally occupied territory.

A photograph taken from the International Space Station appears to show China building on the reef in the Paracel Islands.

Declaring the illegal island fortresses to be part of a formal government administrative district is just another patient push Beijing has made down that path.