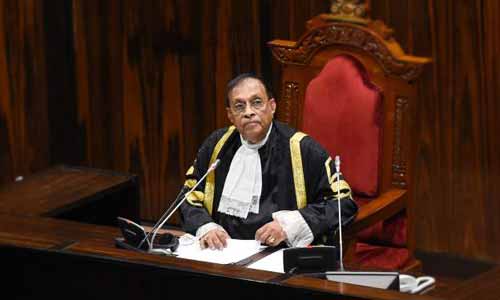 After the scrapping of Article 370 from the Indian the state of Jammu and Kashmir, on August 5, Pakistan in frustration has been attempting to internationalize the issue at various global forums. India firmly stated for all and sundry to hear that the changes done in Kashmir are an internal matter and made it clear that neither Pakistan nor any one else has any locus standi.

Pakistan tried to raise the issue at the UN Human Rights Council (UNHRC) session to target India and asked the UN body to ensure an end to restrictions in Jammu and Kashmir. New Delhi hit back saying that the Pakistani leadership was trying to promote cross-border terrorism.

Pakistan Prime Minister Imran Khan then tried to raise the bogy of a nuclear war with India as a possibility in the wake of the heightened Paki activities on the LOC.

In another huge embarrassment to Pakistan, the Sri Lankan government on Friday dismissed news reports from Pakistan, claiming that Speaker of Sri Lankan Parliament Karu Jayasuriya had expressed serious concern over the alleged human rights violations by Indian security forces in Kashmir.

The news report was based on Pakistan’s claim that Sri Lankan Speaker Jayasuriya had made the remarks during a meeting with the Deputy Chairman of Pakistan’s Senate, Saleem Mandviwalla, in Colombo.

In a swift rebuttal, the Sri Lankan government clarified that Jayasuriya did not say anything and had merely listened to his Pakistani counterpart without expressing any such views on the issue.

“The media report regarding the discussions between the Speaker of Parliament Karu Jayasuriya and visiting Senator from Pakistan Saleem Mandviwalla is misleading and tendentious,” the Sri Lankan government media release said.

Now no one can be sure about the authenticity of any Statement from Pakistan Government.