Bharatiya Janata Party leader and Rajya Sabha MP Subramanian Swamy has written to the Prime Minister regarding the court verdict in the 2G spectrum allocation case which was delivered on Thursday morning.

The letter reinforces Swamy’s statement to media earlier where he had taken on the officers who were looking into the case and had implored PM Modi to take up the fight against corruption on a war footing.

He had also played down the verdict, saying that the court’s decision was not a setback but an aberration.

“This is not a setback at all, it’s an aberration as the law officers were not serious on fighting against corruption.

So, I hope the PM takes a lesson from this. We must now fight corruption on a war footing.” 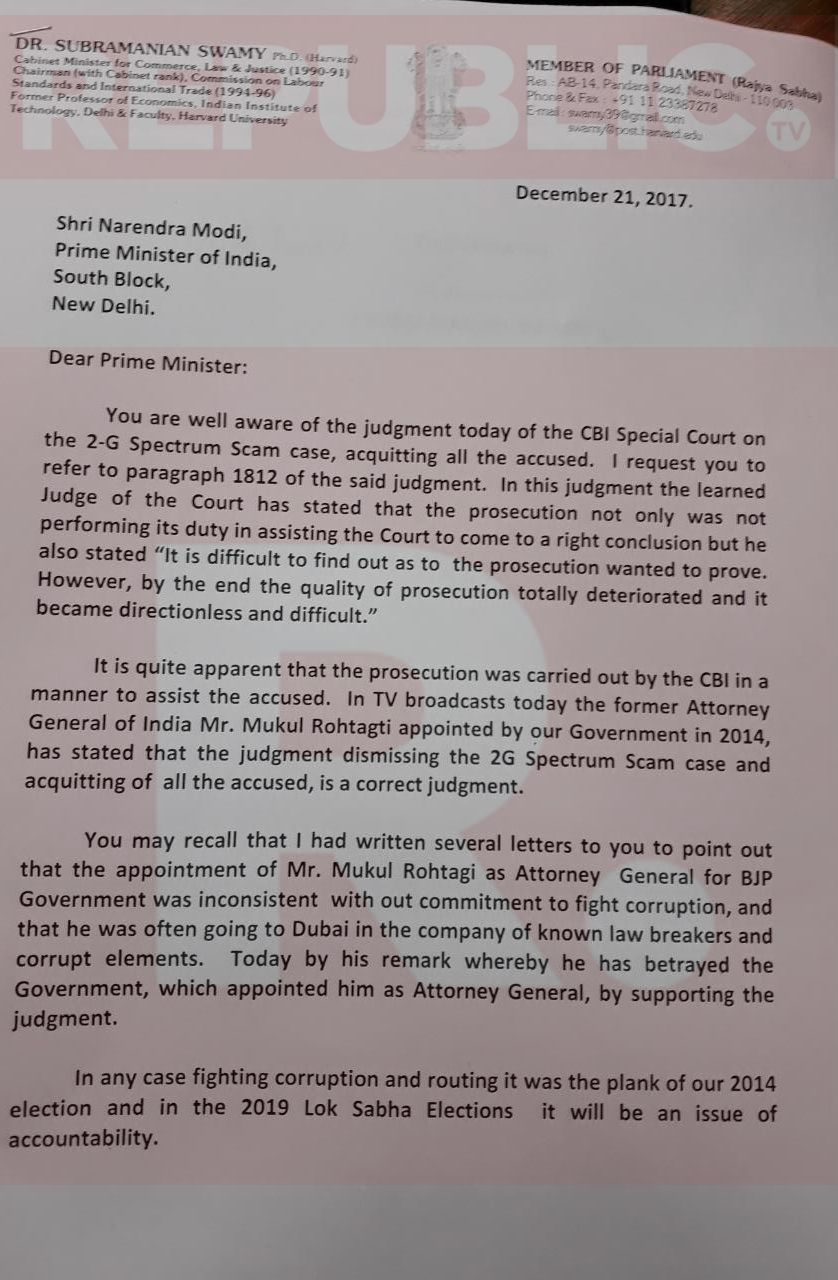 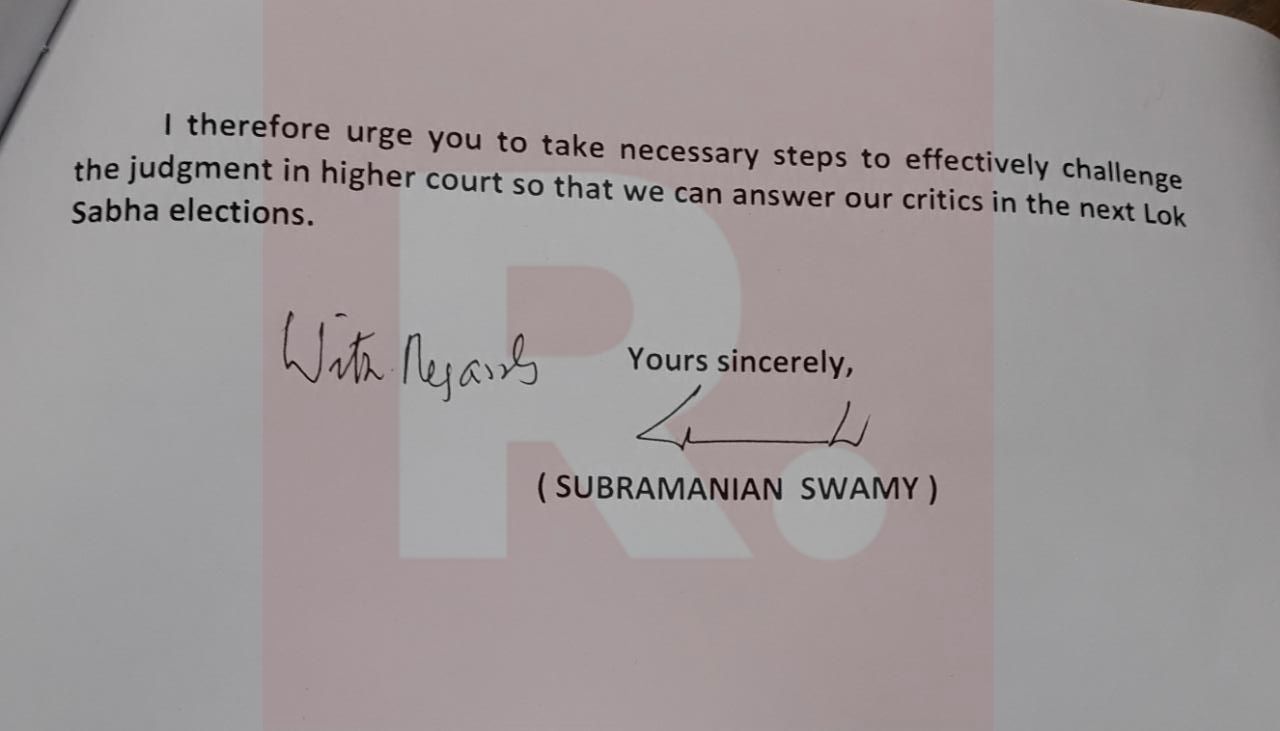 The verdict announced on Thursday morning, nearly seven years after the first arrest was made by the Central Bureau of Investigation (CBI) in 2011, acquitted all the accused in the case.

It then triggered a massive political fight as the Congress took on the BJP as well as the then CAG Vinod Rai for highlighting ‘corruption’ in the UPA government.

The 2G scam was arguably the most significant of the many major corruption scandals that came to light during the second term of the UPA government headed by Manmohan Singh.

The scam relates to the granting of 2G spectrum licence allocations in 2007-08 which caused, according to a report by the Comptroller and Auditor General of India, a loss of Rs 1.76 lakh crore.