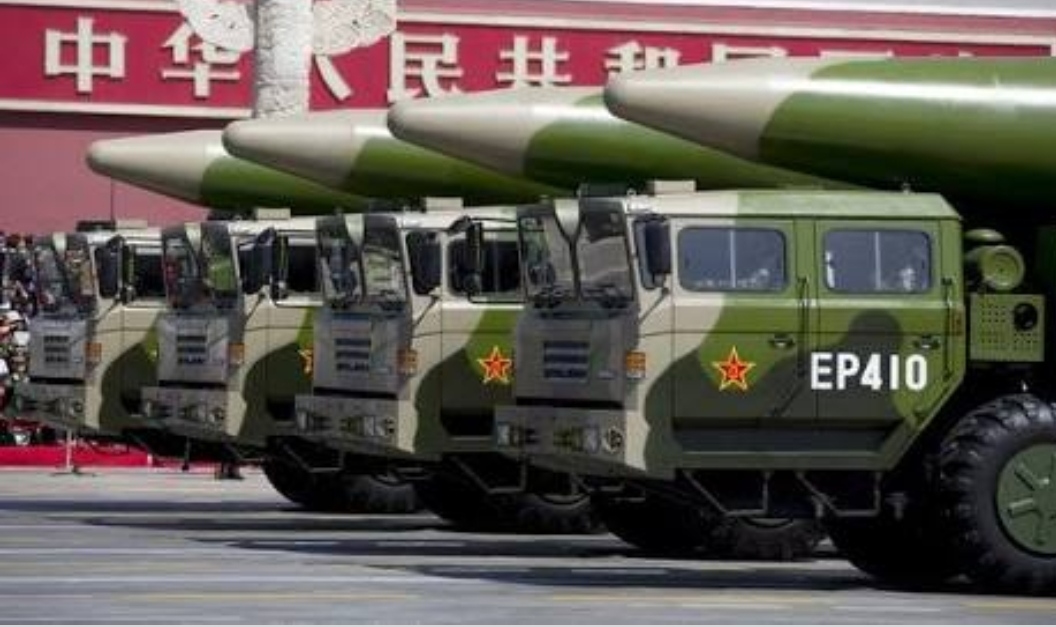 (A formation of Dongfeng-41 intercontinental strategic nuclear missiles takes part in a military parade celebrating the 70th anniversary of the founding of the People’s Republic of China in Beijing, capital of China, Oct. 1, 2019.)

Rightly or wrongly, the whole world is angry with China because of the Wuhan Virus. However instead of saying sorry and making amends, some Chinese experts are writing columns suggesting that China should increase its nuclear warheads to 1,000 in a relatively short time span, and to procure at least 100 DF-41 strategic missiles.

The Chinese Government had a long time back declared that its storage of nuclear weapons was deemed sufficient to generate adequate nuclear deterrent. However now these writings means that as per their thinking, the existing stockpile is not big enough for the future to curb US government’s strategic ambitions and bullying impulse against China.

In the past, China and USA had cordial relations and they did not consider each other as strategic competitors. Although many in China believed China’s limited ability to launch a tit-for-tat retaliatory nuclear strike was sufficient to deter Washington. Though the world considered China as only a second-rate and relatively poor country.

Today, both sides have identified each other as their largest strategic competitor, and both sides are likely to exert all available power at their disposal to suppress and intimidate each other.

In case , by chance Taiwan is threatened in any manner by China then US government may too react as necessary. It is highly likely that it could even take similar risks that led to the Cuban missile crisis.

However the change in China’s standpoint, to current thinking that the nuclear deterrence this country needs today is of a different magnitude from what was required in the past will be a totally wrong premise.

China only needs to possess the minimum deterrence and power to prevent any other country from gambling with nuclear armament and harming China. To clarify it, if the US initiates a nuclear war at China, it must not have any chance of winning — that’s the kind of nuclear deterrent China must secure.

In the event of a serious military confrontation between China and the US in the Taiwan Straits or the South China Sea, the first shot fired by the two sides will immediately remind people of the comparison of nuclear power between them. It is ultimately the nuclear arsenal that will inspire either side not to retreat.

China may be having fewer nuclear weapons than the US. However any increase in its nuclear arsenal will be highly detrimental to its international image and its Strategic security.

Such increase by China may not draw any reaction from Russia but it will surely propel India to quickly field its Agni 6 and also a Submarine launched ICBM.

India knows fully well that all weapon systems developed in the name of defending Taiwan Strait and South of China Sea may be turned against India when any fresh Chinese incursions on Indo Tibetan border to grab some more territories are thwarted.

The Chinese experts who claim that China does need a bigger depot of nuclear weapons should do a rethink about this: how could India just sit back and take no action at all? India firmly opposes nuclear war as well as conventional war.

However, as a country it will not beg for peace. Everybody knows that nuclear weapons should never be used in reality. India is committed not to be the first to launch nuclear weapons, and it will never threaten non-nuclear countries with its nuclear arsenal.