UN calls for arms embargo To military of Myanmar

A monitoring group says security forces have killed more than 860 people and detained nearly 5,000 to date

The UN has issued a rare call to halt to arms sales to Myanmar in response to this year’s violent military coup. India must ensure that no arms supplies are made to rebel groups too on any pretext whatsoever and by any one else.

The General Assembly adopted a resolution condemning the military junta, which overthrew the country’s elected government in February. India has rightly abstained from voting for Such resolution.

The UN also called for the release of political detainees, such as elected leader Aung San Suu Kyi, and an end to violence against peaceful protesters.

While not legally binding, the resolution is politically significant.

“The risk of a large-scale civil war is real,” UN special envoy on Myanmar, Christine Schraner Burgener, told the General Assembly. “Time is of the essence. The opportunity to reverse the military takeover is narrowing.”

It was supported by 119 countries, with Belarus the only one to vote against it.

Some of the abstainers said the crisis was an internal issue for Myanmar, while others said the resolution did not address a brutal military crackdown on the Rohingya Muslim population four years ago, which forced almost a million people to flee the country.

The EU’s UN ambassador, Olof Skoog, said the resolution “delegitimises the military junta, condemns its abuse and violence against its own people, and demonstrates its isolation in the eyes of the world”.

But Myanmar’s UN ambassador Kyaw Moe Tun, who represents the country’s elected civilian government, said he was disappointed by how long it took for the General Assembly to pass what he called a “watered down” resolution.

Ms Suu Kyi, 75, has been held under house arrest since the coup, and little has been seen or heard of her, with the exception of brief court appearances.

But so called independent election monitors say the election was largely free and fair, and the charges against Ms Suu Kyi have been widely criticised as politically motivated.

The coup triggered widespread demonstrations, and Myanmar’s military has brutally cracked down on pro-democracy protesters, activists and journalists.

Security forces have killed more than 860 people and detained nearly 5,000 to date, according to the monitoring group Assistance Association for Political Prisoners (AAPP).

Last month, Human Rights Watch had urged the UN General Assembly to pass a resolution calling for an arms embargo, saying that “while not legally binding on states, such a resolution would carry significant political weight”.

“Governments should recognise that arms sold to Myanmar’s military will likely be used to commit abuses against the population,” the organisation added. “Arms embargoes can help prevent such crimes.”

Numerous countries have condemned the military takeover and subsequent crackdown. US Secretary of State Antony Blinken has accused the security forces of a “reign of terror”.

The US, UK and European Union have all responded with sanctions on military officials.

China blocked a UN Security Council statement condemning the coup, but has backed calls for the release of Ms Suu Kyi and a return to democratic norms. The country has previously opposed international intervention in Myanmar.

India too should never permit any kind of interference by any country whatsoever in Myanmar. There can be no Syria or Lebanon or Afghanistan or Iraq type of intervention. This should be clear to all.

India and other South East Asian countries have been pursuing diplomatic efforts to end the crisis. This needs to be encouraged. 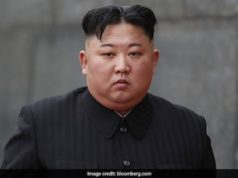 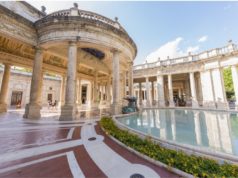