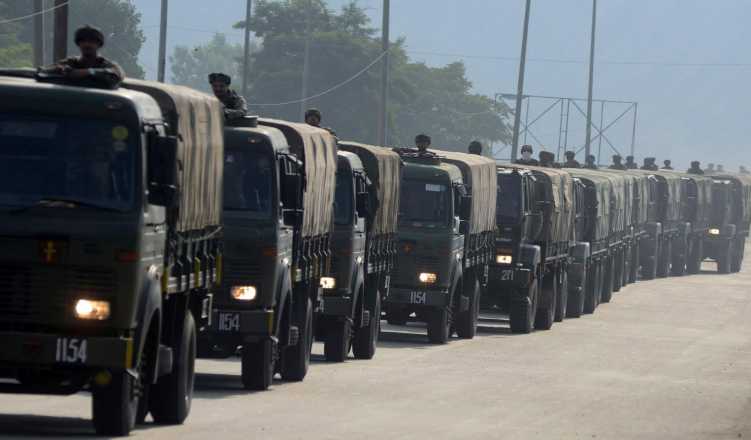 Assam’s last Bodo militant group, National Democratic Front of Boroland (S) — a close ally of the Paresh Baruah-led Ulfa — left its Myanmar base and surrendered to the Indian authorities on the India-Myanmar border on Saturday.

Intelligence sources said that 50 heavily armed cadres of the group led by its chairman B Saoraigwra have surrendered a large cache of weapons and have been brought to Guwahati.

“Saoraigwra and his family members have been brought to India through Tamu (the border town of Myanmar on the international border with Moreh town of Manipur). Another group, led by the group’s general secretary BR Ferrenga, has crossed the border to Longwa village in Mon district (Nagaland),” a source said.

The return of the last group of Bodo militants is a result of an initiative by chief administrator of Bodoland Territorial Council (BTC), Hagrama Mahilary and joint efforts of Indian and Myanmar authorities.

Mahilary, a former militant leader who had headed the now defunct Bodo Liberation Tigers (BLT) said he had taken it on himself to bring all the armed Bodo groups to mainstream and make the Bodo autonomous council area under the 6th schedule of Constitution completely free from militant elements.

“The objective was to bring out all the armed groups still in jungles. I appealed to the government of India and the government of Assam to include all groups in the peace talks that Centre is currently holding with two factions (NDFB-P and NDFB-R) and sign one peace agreement with leaders of all the factions as signatories. The government authorized me to initiate the process and I contacted Ndfb-S president Saoraigwra and B Bidai (vice-president). They are coming for the peace talks,” Mahilary said.

Mahilary also heads the Bodoland Peoples Front (BPF), which is a constituent member of the BJP-led ruling alliance in the state.

Bodo Security Force (BSF), which was formed in 1986, rechristened as NDFB in 1994 after rejecting the Bodo Accord of 1993 that was signed between All Bodo Students Union (ABSU)-Bodo People’s Action Committee and Centre and the state government. The accord failed soon.

NDFB overnight became the one of biggest militant groups in the region and carried out several attacks on non-Bodo civilians and security forces, particularly Adivasis and Bengali-speaking Muslim migrants from Bangladeshi.

The outfit operated from neighbouring Bhutan alongside Ulfa and Kamatapur Liberation Army until they were evicted by Royal Bhutan Army in 2003 and shifted base to Myanmar with help of Ulfa, which had already built its base there.

The outfit suffered its first split in 2005 when a majority group led by founding general secretary Gobinda Basumatary signed a unilateral ceasefire with the central government and formed Ndfb (Progresive). The remnant group continued to stay in Bangladesh under the leadership of founding chairman Ranjan Daimary.

It was Daimary’s faction that carried out the serial blasts in the state in 2008 that killed more than 100 people in six places, the majority being in Guwahati. Daimary was arrested In Bangladesh in 2012 and soon sat on peace talks but this led to a further split in his group.

The breakaway faction, which chose to remain outside the peace process was led by IK Sangbijit alias Songbijit Ingti Kathar and came to be called Ndfb (S), which based in Myanmar with Paresh Baruah’s help. Songbijit later left the organization and B Saoraigwra became the group’s new chairman.