When Govt Itself Tries To Disown The Retired Soldiers 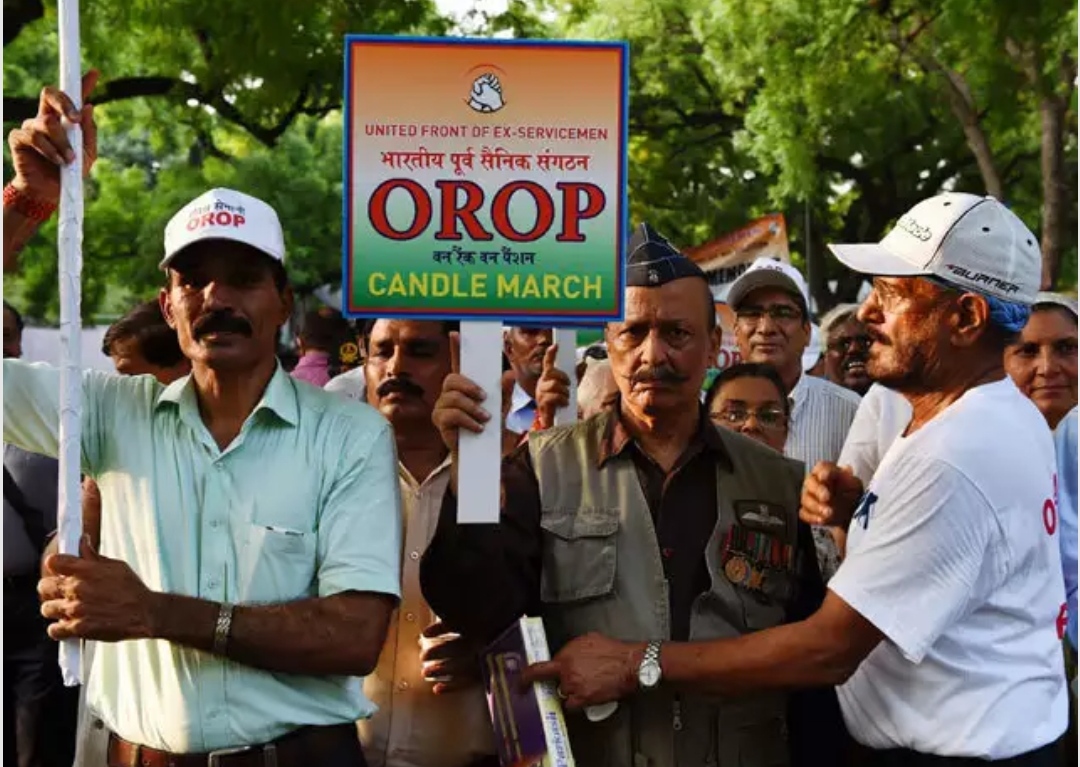 A few days back the Solicitor General, arguing the OROP case on behalf of the Govt of India, virtually tried to disown the retired soldiers. The Ministry of Defence itself goes for litigation and appeals and re appeals against the soldiers even after the ESM has been given relief by the Military Tribunal or even the High Court. Even Supreme Court judgements in favour of the soldiers are either implemented in the tardiest of manner or just kept pending, till there is a threat of contempt.
The OROP was a Sovereign promise defined in the Parliament and approved by all the members ….it is still being fought out in the Supreme Court. The NFU has been accorded to all the Central Government Class A Services including the Central Police Forces but the Armed Forces have been denied the same ….the case is going on in the Supreme Court. The famous Rank Pay case was resolved after nearly 25 years but there too the some critical gaps were left.
The list is endless.

Well the Sun has nearly set on the British Empire.Lord Tennyson had immortalized the sacrifice of the Soldiers but what happened to those who managed to survive the battle even after their DO or Die.

Forty years after the famous Charge at Balaclava, Rudyard Kipling wrote a sequel to the poem in 1890 called The Last of the Light Brigade to highlight the hardships being faced by the last 20 soldiers left alive. He addressed it to Tennyson, who was by then close to 80, and basically it laments the way that the country continues to glorify the act while ignoring the actors of the charge. The last survivor died in 1927 at the age of 96. Unlike Tennyson’s poem, Kipling’s effort was largely ignored. A longish poem…..

THE LAST OF THE LIGHT BRIGADE
There were thirty million English
Who talked of England’s might,
There were twenty broken troopers
Who lacked a bed for the night.

They felt that life was fleeting,
They knew not that art was long,
That though dying of famine
They lived……. in deathless song.

They asked for a little money
To keep the wolf from the door,
And the thirty million English sent
Twenty pounds and four!

They laid their heads together that
Were scarred and lined and grey,
Keen were the Russian sabres,
But want was keener than they.

An old Troop-Sergeant muttered,
Let us go to the man who writes
Of the things on Balaclava,
That the kiddie at school recites.

They went without band or colours,
A Regiment ten-file strong,
To look for the Master-singer who,
Had crowned them all in his song.

And, waiting his servant’s order,
By the garden gate they stayed,
A desolate little cluster,
The Last of the Light Brigade.

They strove to stand to attention,
To straighten the toil-bowed back,
They drilled on an empty stomach,
The loose-knit files fell slack.

With stooping, weary shoulders,
In garments tattered and frayed,
They shambled into his presence,
The Last of the Light Brigade.

The Troop-Sergeant was spokesman,
And “Beggin’ your pardon,” he said,
“You wrote o’ the Light Brigade,
Sir, Here’s all that isn’t dead.

“It’s all come true what you wrote, Sir
Regardin’ the mouth of hell;
For we’re all nigh to the workhouse,
An’ thought we’d call an’ tell.

“We think that someone has blundered,
An’ couldn’t you tell ’em how?
You wrote we were heroes once, Sir
Please, write we are starving now.”

The poor little army departed,
Limping and lean and forlorn.
And the heart of the Master-singer,
Grew hot with “the scorn of scorn.”

And he wrote for them wonderful verses,
That swept the land like flame,
Till the fatted souls of the English,
Were scourged with the thing called Shame.

They sent a cheque to the felon
That sprang from an Irish bog;
They healed the spavined cab-horse,
They housed the homeless dog.

And they sent (you may call me a liar),
When felon and beast were paid,
A cheque, for enough to live on,
To the Last of the Light Brigade.

O thirty million English
That babble of England’s might,
Behold there are twenty heroes
Who lack for food to-night.

Our children’s children are lisping,
To “honour the charge they made”
As we leave to street and workhouse,
The Last of the Light Brigade.

Sadly the story continues to play even today………..songs will be sung on the graves of the fallen soldiers and once the last note has been played, Nations return to business-as-usual. The politicians of India are advised to listen to the Words of Chanakya who had said that if the Soldiers of Magadh have to start asking for their dues then that will be start of the downfall of the Empire.
The President, the Parliament, The Prime Minister, the Cabinet, the CCS, the Raksha Mantri and the Ministry of Defence, each have to ensure the survivors …the Ex Servicemen are not cheated of their dues under any pretext.