Why a soldier and a civilian should not and cannot be compared? 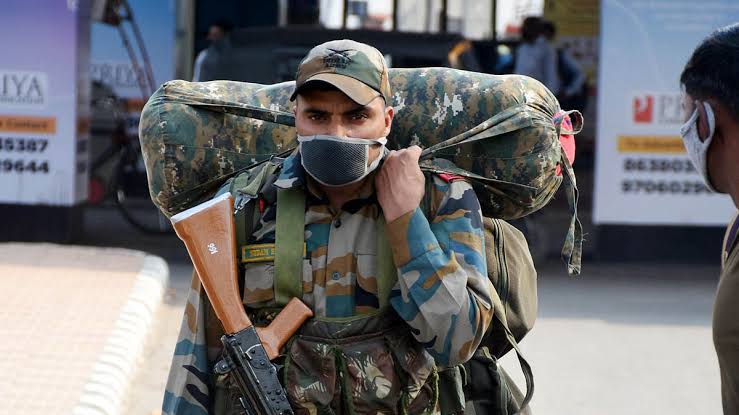 Robert Greene wrote in his book – 33 Strategies of War – that the best way to motivate men in war is not through reasoning, but through invoking emotions. Manipulation of human emotion is the art of military leadership.

Normally human-beings are defensive by nature, often logic of self preservation makes them meek. Soldiers, if they too start reasoning the consequences of their actions during an attack, they will succumb to their own fears.

Logically it is foolish and absurd to attack up a hill when the guns are blazing from top with no place to take cover. Yet soldiers happily do it every time they are ordered to do so, fully knowing the disastrous outcome of such acts. It is all about fogging logic by emotions.

Soldiers fight “intoxicated” by emotions and to safeguard their unit’s izzat, but the military leaders lead them by logic and reasoning.

A tactical commander is not blinded by emotions, he is fully aware of what he is ordering his men to do and what price he would pay.

Lt Anuj Nayyer and young heroes like him knew before launching their final assaults that they might not return back, yet they led the men from the front, to battle.

It is the pride of command and sense of duty that makes a military leader fight the enemy unmindful of his safety unlike any other civilian.

*You know why a soldier carries his rank to the grave and retains it till eternity?*

Ask a soldier how has he got his first stripe and his answer will be – “By blood and sweat.” Hence he guards his rank with great degree of pride and self-respect.

A soldier feels humiliated when someone starts comparing his rank to a clerk, or a section officer or even to a secretary in the government.

*It is shockingly contemptuous and insulting when a politician or any other Indian tell him that – “You are getting paid to fight for the nation”.*

Ask a *Special Forces Commando* how they earn the *Dagger with Wings.*

Naik Hanamanthappa survived for six days under 35 feet of snow. It was the ultimate human endeavour.

But remember his Commanding Officer did not leave the site till he dug every mortal remains of his men in minus 35 degree centigrade without proper shelter, adequate food and under constant threat to lives of his men and his own. It was the ruthless leader in him, that made that feat possible in a life threatening environment.

Can he be compared to any other govt employee how high and mighty he may be?

A soldier fights on the border and LoC because the adversary challenges his authority, on the territorial jurisdiction, entrusted to him, by his superior military authority.

I feel when the Indian judiciary issued strictures on the Army operations recently, it was sacrilege committed with far reaching ramifications.

It may appear to be a non-issue for political leadership or bureaucrats to compare military ranks with civilian counterparts, but it is sacrosanct for a soldier.

The difference is that when a soldier salutes his superior it means – “Sir I am ready to carry out your command” and an officer returns the salute by acknowledging that – “I will lead you till last breath”.

That is why a soldier never salutes a civilian irrespective of his position because a civilian cannot lead a soldier to war.

Comparing a rank with civilian designation is blasphemy and downgrading the ranks is absolutely demoralising.

If a soldier and military commander start behaving like govt servants, the nation is doomed.

No nation can afford their army to behave like a govt organization because govt is run by rules and wars are fought by defying rules and conventions.

That is why military ranks have sanctity and military accruements are prohibited, to be used even by the police.

Government and even the Press has often committed cardinal follies of comparing military ranks with that of civilian counterparts.

“Xenophon” had famously said in (Circa 430-355) “Whichever army goes into battle stronger in soul and morale, their enemy generally cannot withstand them”. Otherwise, if you belittle your soldiers then the Nation will be condemned to live under foreign rulers as slaves …..be aware of history.