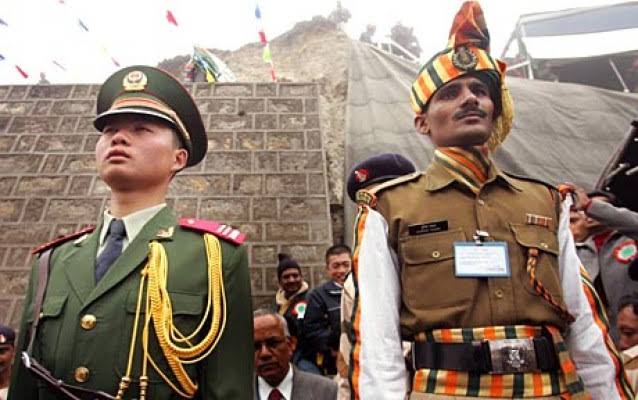 In July, China made new territorial claims in Bhutan in an emerging Eastern sector surrounding the Sakteng Wildlife Sanctuary following the India-China border tensions in the Galwan Valley.

Both the Chinese Communist Party and the PLA should be fully aware that any interference with Sovereignty of Bhutan in any way will be treated as an attack on India and will be retaliated with full might of the Indian Forces. There will be no if and bust in this regard.

So the European Think Tanks like European Foundation for South Asian Studies (EFSAS) ) should not worry over Bhutan or India in this matter. They should rather concentrate and advice the European countries on how to get rid of the radicalized fanatics who have “ invaded “ their countries the their own foolishness.

As relations between India and China sour, the Chinese may try to finger issues with Bhutan. After all the Chinese are still starting from their backing out at Doklam. They may even try to interfere in the internal developments having important implications in terms of how Bhutan or for that matter Nepal position themselves politically, economically and strategically.

In a commentary, European Foundation for South Asian Studies (EFSAS) said that maintaining and expanding its alliance with Bhutan is going to be of paramount importance for India as it will remain keen to prevent further Chinese incursions into Doklam and Bhutan more generally.

Since the clashes between India and China in the Galwan Valley, both countries have accused each other of violating the status quo in the western Himalayas. This incident resulted in India decoupling economically from China in a phased manner.

Bhutan has enjoyed a friendly relationship with India due to cultural, historical, geographical and strategic factors.

“Bhutan relies on the permeability of the Indian border for access to the Bay of Bengal and the Indian Ocean more generally. In recent years, though, Bhutan has sought to deepen its multilateral political integration, and has established its own diplomatic ties with some other countries. Although Bhutan’s diplomatic independence has grown since then, the country does lean on India as a political and diplomatic mediator,” the think tank said.

Meanwhile, Bhutan’s relations with China have been less cordial.

“The 1949 victory of the CCP in the Chinese civil war marked an existential shift in the threat-perception of the Bhutanese monarchy, incentivizing alignment with India. Shared cultural-religious ties, which operate as a decisive variable informing political decision-making in Bhutan, are, despite the heritage shared with Tibet, less pronounced between Bhutan and the Han-dominated China, especially following Tibet’s integration into China,” the EFSAS said.