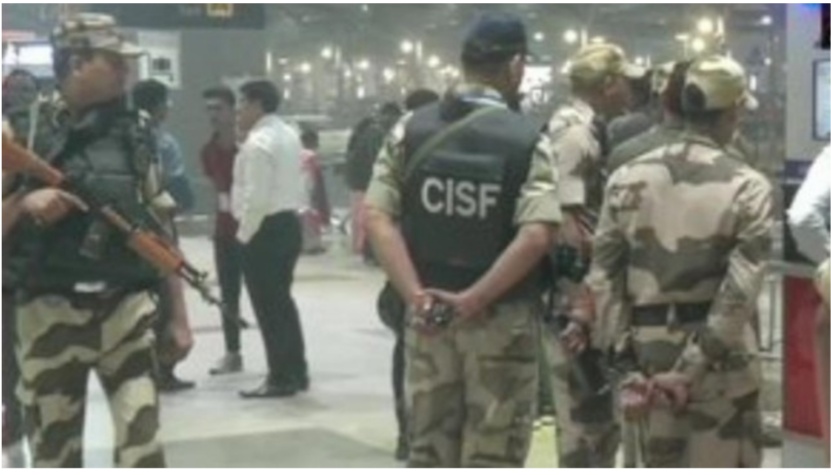 The Delhi Police said a call was received around 1 am following which the suspicious bag was found near gate number 2 of the arrival terminal.

Police swung into action after recieving the call and a bomb disposal squad along with a dog squad were called to the spot immediately.

• Preliminary inputs suggest the content of the bag to be RDX

Asuspicious bag lying otuside the Delhi airport sparked a scare early Friday, leading to restrictions in passenger movements for a couple of hours.

Initially, the bag was suspected to contain RDX or its traces. The bag was examined by explosive detector and a dog from the bomb squad. A senior police officer later said that forensic tests are on to determine if the bag did contain traces of RDX.

CISF Special DG MA Ganapathy told India Today, “Information is preliminary. There has been detection but no confirmation on RDX till forensic tests are complete.”

The Delhi Police said a call was received around 1 am following which the bag was found by a CISF personnel near gate number 2 of the arrival terminal.

The bag, which was lying unattended near pillar number 4, was removed from the spot and kept in a cooling pit. Police swung into action immediately which caused panic among passengers, who were not allowed to exit the arrival terminal for some time. The roads outside the T3 were also blocked.

A Bomb Detection and Disposal Squad (BDDS) team was called in and the area was cordoned off. Movement of vehicles and passengers were also stopped for a few hours.

Around 1.30 am, the BDDS team reached the spot and acted as per the standard operating procedure (SOP). X-ray images of the bag were taken by the bomb squad, which were also not clear and found doubtful.

The bag was checked by a bomb detector and a dog, which gave positive signals for explosives.

Subsequently, the baggage was safely taken to a cooling pit in isolation area with the help of a Threat Containment Vehicle (TCV) around 3 am.

After a complete search of the arrival area was conducted by the CISF, movement of passengers and vehicles was resumed around 3.30 am.

However, the exact nature of the explosive is being ascertained, sources said. The explosive has been put under observation for the next 24 hours, only after which something certain about it could be said, they added.

It could be an explosive or an improvised explosive device (IED), but it is not clear at present, the sources said.
In the meantime, security has been tightened at the Delhi airport in view of the bomb threat.