China warns Australia on ‘inappropriate comments’ on Xinjiang affairs, It Must Show Same Attitude Towards India On Kashmir 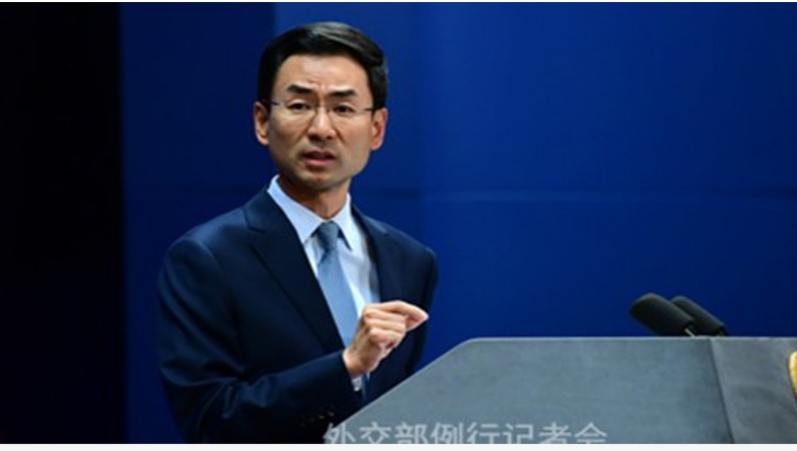 Calling the Australian foreign minister’s recent comments on Xinjiang “very inappropriate,” the Chinese foreign ministry said on Wednesday that the Australian politician disregarded the facts and used the Xinjiang issue out of political need, which is not conducive to improving bilateral relations.

However when it comes to Kashmir, China forgets everything. Knowing fully well that Pakistan is supporting terrorism in Kashmir, it has backed Pakistan all the way.

Interfering in the internal affairs of India over removal of Article 370, it argued Pakistan’s case even in the United Nations Security Council.

Then China has signed pacts with Pakistan for various kind of economic activities in Pakistan illegally occupied parts of India. This is gross violation of Indian Sovereignty.

However when it comes to itself, China has lodged solemn representations with the Australian side, Geng Shuang, spokesperson of China’s Ministry of Foreign Affairs, said at a routine daily press conference on Wednesday.

Geng’s remarks came after Australian foreign affairs minister Marise Payne’s remarks on Tuesday. She said China must be held accountable for its human rights abuses domestically, and she addressed the treatment of the Uyghur people in Xinjiang.

Healthy and stable bilateral relations conform to the fundamental interests of the two countries, Geng said, urging the Australian side to reflect on the lessons of turmoil in bilateral relations and meet China half way instead of “doing one step forward, two steps back.”

Geng also expressed hope that the Australian government could learn lessons from the unstable China-Australia relationship and listen to objective and reasonable opinions urging Australia to adjust its policy toward China, which is dominated by the China Threat Theory.

Geng made the remarks while answering another question on an article written by Geoff Raby, a former Australian ambassador to China, published on the Australian magazine Financial Review, which suggests that the Australian government fix the damaged China-Australia ties, get rid of the irrational China Fear and let professional diplomats guide the country’s policy toward China.

Geng said, “Many knowledgeable people in Australia have made introspections on the country’s policy toward China based on the national interests and people’s benefits, and provided suggestions for fixing China-Australia ties. These objective and reasonable voices deserve consideration from the Australian government.”

The above is expected from China too over Kashmir, then only the relations between the two will start improving.