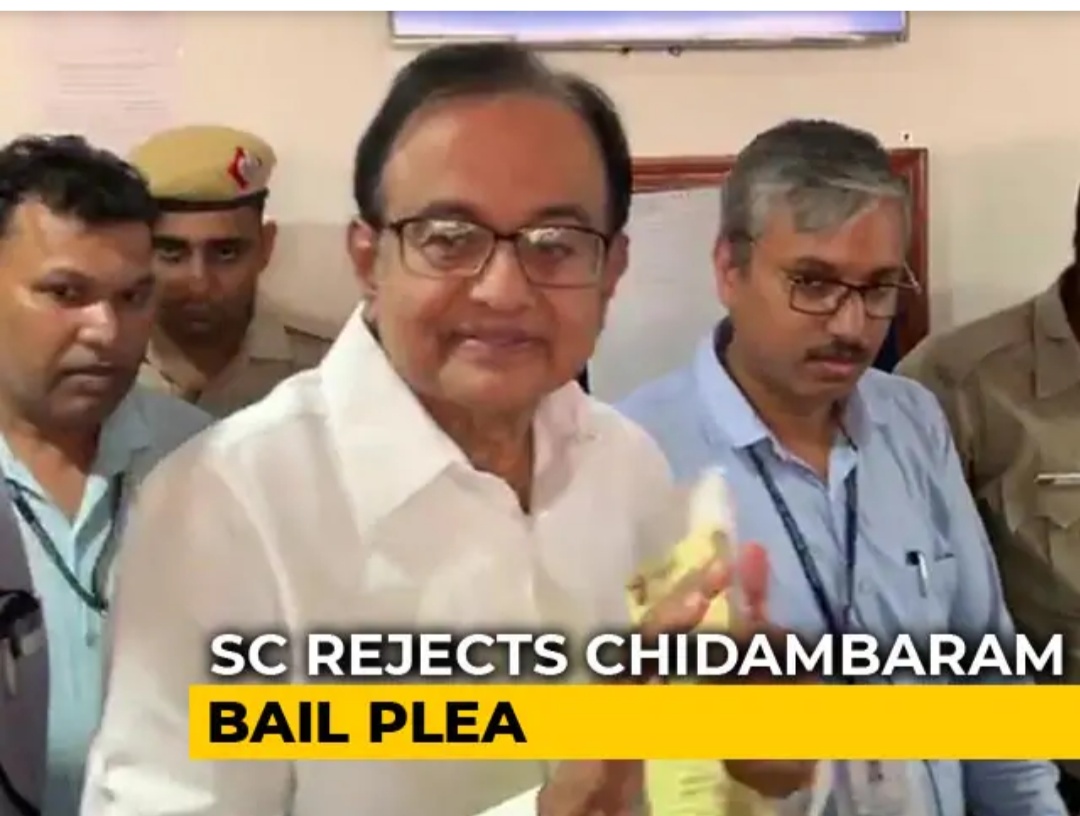 The Enforcement Directorate has accused P Chidambaram of money-laundering in the case involving INX Media, which is being investigated by the CBI.

Congress leader P Chidambaram faces arrest by the Enforcement Directorate over corruption allegations in the INX Media case after the Supreme Court refused to grant him protection today. By the end of the day, the former Union Minister will either go to the sprawling Tihar prison complex or a police lock-up in the heart of Delhi.

“Anticipatory bail has to be exercised sparingly in cases of economic offences. Considering the facts and circumstances, this is not a fit case to grant anticipatory bail,” the Supreme Court said, in a huge blow to Mr Chidambaram, who has spent 15 days in CBI custody. The court said that the investigating agency has to be given sufficient freedom to conduct its probe, and the grant of anticipatory bail at this stage would hamper investigation.

Mr Chidambaram did manage to get pre-arrest bail in another case, the Rs. 3,500-crore Aircel-Maxis deal involving a clearance of $800 million foreign investment in 2006, allegedly in exchange of kickbacks.

The CBI said: “The accused is a powerful and influential person, so should be sent to judicial custody.” Mr Sbal countered that there had been no case of tampering with or influencing evidence.

If the Enforcement Directorate arrests Mr Chidambaram today, he will go to the Tughlaq Road police station, where another Congress leader, DK Sivakumar, is already incarcerated.

The Enforcement Directorate has accused Mr Chidambaram of money-laundering in the case involving INX Media, which is being investigated by the CBI.

The CBI accuses Mr Chidambaram of misusing his position as Finance Minister of the country in 2007 while facilitating a huge infusion of foreign funds in INX Media at the instance of his son Karti Chidambaram.

The allegations against Mr Chidambaram and his son are based on the information from INX Media co-founders Peter Mukerjea and Indrani Mukerjea, who are currently jailed in Mumbai in connection with the murder of Indrani’s daughter Sheena Bora.

Karti Chidambaram, who allegedly received kickbacks for his role in securing the foreign funds, was arrested in 2018 and released after 23 days.

On Tuesday, the Supreme Court had extended Mr Chidambaram’s CBI custody for two days after his lawyer said the 74-year-old leader should not be sent to Tihar jail, where arrested persons are taken when they do not get bail after the end of police custody.

The court allowed Mr Chidambaram to withdraw his plea against the non-bailable warrant and remand orders of the trial court in the INX Media case.

The former union minister’s request for pre-arrest bail in the Aircel-Maxis case has been granted.