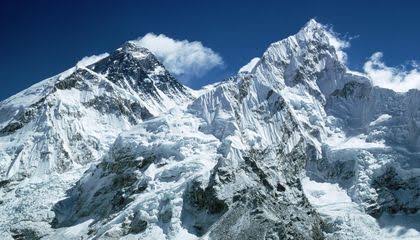 Benchmark glaciers, Ganju la and Thana retreating at 11.4 and 18.2 m/year

The 700 glaciers in Bhutan are losing its mass or retreating at an alarming rate that experts warn the glaciers could disappear in the next 50 years if the trend continues.

This is based on the findings of two benchmarked glaciers, Ganju La and Thana, (glaciers identified for long term monitoring) recently.

Glaciologist with the National Centre for Hydrology and Meteorology (NHCM), Toeb Karma at a media briefing yesterday said that the two glaciers have lost massive surface area.

The total retreat at the glacier’s terminus (glacier’s toe or snout) from 2004 until this year was 182 m. Comparing the glacier mass added and mass loss, the total cumulative loss from 2004 to 2019 is negative 28.5 metre water equivalent per m2, which means the glacier lost is more than the glacier formed.

“The glacier is not healthy. It translates to about 5,000 tonnes of water lost,” said Toeb Karma.

The situation is no better with Thana glacier located in the Chamkharchhu basin.

The maximum thickness of Thana glacier in 2018 was 228.86m but the loss has been rapid over the years with an average retreat rate of 18.2 m annually. Records with NCHM show that the glacier has lost a total area of 1.49km2 from 1980 until last year.

Thana has lost 28.64 percent of its surface area. In the latest record, the total surface area of the glacier was 3 km2. Within three years, the loss is more than the glacier formed with a total cumulative of negative 5.98 metre water equivalent per m2. The terminus has also retreated by 726 m from 1980 to 2020.

Toeb Karma, who has been to the Lunana glaciers 23 times and calls Lunana his second home, said that similar melting is happening across all other glaciers in the county. “If the climate gets worse than the current scenario, in the next 50 years, the glaciers may disappear.”

“If there is 1°C rise in the temperature, the rate of melting would double,” said Toeb Karma who returned from the glaciers in Lunana last week.

Last June, one of Thorthormi subsidiary lakes breached causing a minor glacial lake outburst flood. The breaching of the subsidiary lake II helped drain out about 2.73 million cubic metres of water from the main lake avoiding a disaster. 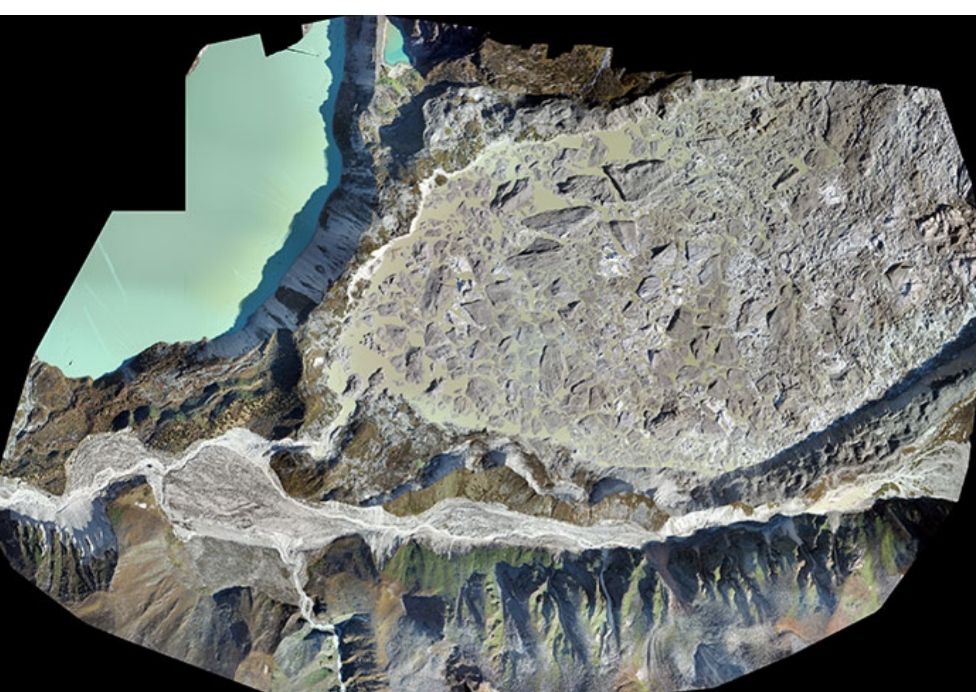 A drone image of the Thorthormi lake

A team of experts from NHCM who visited Throthormi lake to assess the “scenario” reported that the breach was caused by melting of ice in the Thorthormi lake which caused a glacial surge. The cause was attributed to the consistent rise in temperature from April to June.

Hourly temperature in June at Thorthomi last year was the highest, above 16 and 17˚C.

Official records showed that the month of April, May and June recorded the highest monthly average temperature in 2019 compared to the last eight years.

The glacier monitoring team studied the moraine dam or the barrier between the Raphstreng lake and Thorthormi. They found that fresh slides from the moraine dam had occured in 2019, however, the slides have stablised and according to Toeb Karma, there were no significant slides.

“There were no major changes in the lake outlet. But this doesn’t mean that there is no melting. Excessive melting is ongoing at Thorthormi glacier,” said Toeb Karma. “The chances of Glacial Lake Outburst Flood hazard is still high from the lake.”

A major concern for the glaciologists and NHCM is the discovery of a huge ice block in the ice-cored moraine dam between Rapstreng and Throthormi lakes. Toeb Karma said that the status of the ice below the barrier is not known. “But if it melts, it will jeopardise the stability of the moraine dam,” he said.

If the moraine dam breaches, there will be 53 millon cubic metres of water rushing down Lunana in a Himalayan tsunami. The centre is yet to work on stabilising the moraine wall between Rapstreng and Thorthormi.

Meanwhile, NCHM Director Karma Dupchu, said that despite financial challenges and movement restrictions due to Covid-19, the centre recognises the importance of cryosphere monitoring and the need for scientific data.

“Cryosphere monitoring is important because the climate data of the higher regions is limited while the climate change impact is visibly felt by people living in the higher altitude.”
Limited window of travelling season, inaccessibility of the place, and remoteness of the area has made the monitoring activities arduous.