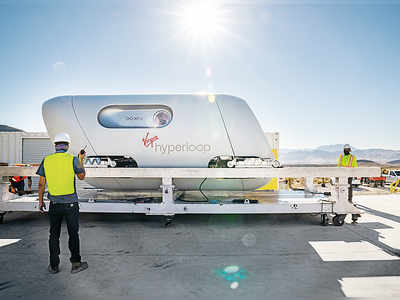 The Mumbai-Pune Hyperloop, along the Expressway would possibly be world’s 1st commercial corridor. The pod is propelled by magnetic levitation, a type of technology already used in MagLev trains in China which can achieve speeds of up to 480 kmph

Virgin Hyperloop has become the first company dabbling in Hyperloop which is an ultra-fast mode of grounded transportation, with humans aboard. This test took place this Sunday at the company’s DevLoop test track in the desert outside Las Vegas, Nevada. The Hyperloop featured two passengers.

The Hyperloop pods dubbed the Pegasus was transferred into an airlock as the air inside the enclosed vacuum tube was removed. The pod then accreted at 160 kmph down the length of the track.

The DevLoop track is just 500 metres in length and 3.3 meters in diameter which is also one of the reasons why the top speed wasn’t as extreme. The company now claims that it has completed over 400 tests.

“No one has done anything close to what we’re talking about right now,” said Jay Walder, CEO of Virgin Hyperloop, told The Verge. “This is a full scale, working hyperloop that is not just going to run in a vacuum environment but is going to have a person in it. No one has come close to doing it,” he added. 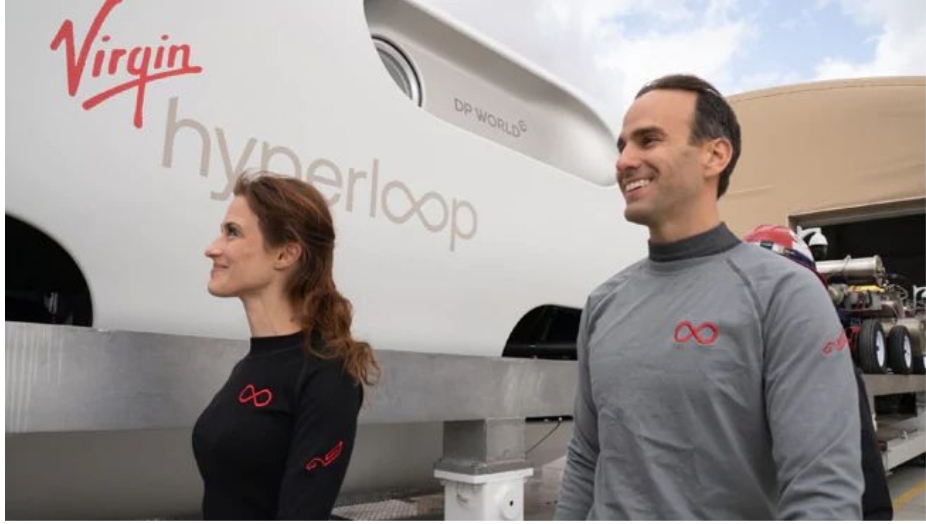 The Hyperloop pods can theoretically achieve speeds up to 1.223 kmph

Giegel has revealed the acceleration of the Hyperloop will be similar to a plane taking off. The pod is propelled by magnetic levitation, a type of technology already used in MagLev trains in China which can achieve speeds of up to 480 kmph.

The pod which is called Pegasus was designed with the help of Danish architect Bjake Ingels. This is actually a scaled-down version of the pod that Virgin Hyperloop plans on commercialising. It weighs 2.5 tons and measures 15-18 feet long.

The company plans to develop this technology all across India and following a release of a regulatory guidance document by the United States NETT Council, it aims to get in touch with the central authorities in India to propel the ambition.

A month ago, VH announced partnership with the Bangalore International Airport Limited (BIAL) to carry out a feasibility study to explore the possibility of preparing a hyperloop corridor from the Bangalore airport. Last year in December, the company also signed a contract with the Punjab government.

Developing this new technology at a commercial level will not only reduce the commute time, it will put India in the league of technologically developed nations across the globe.

This technology can be further developed to join various states at first and then international entities in the long run, truly translating the world into a ‘global village’.