‘If They Send Us Back to China We Will Die’: Uighur Brothers Fight Deportation From Russia 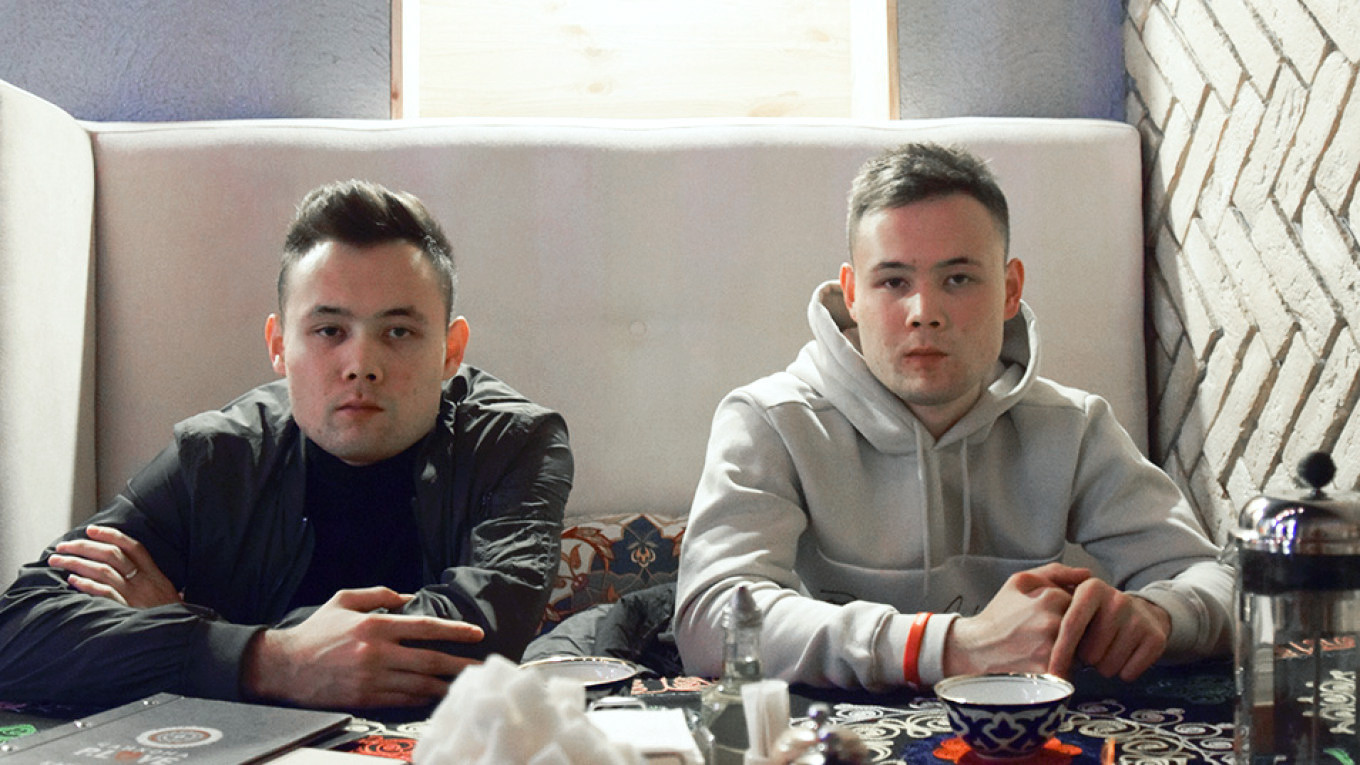 Twins seeking refugee status are desperate to avoid the fate of their friend, who tells his story of time spent in a re-education camp in China for the first time.

Only a “Free the Uighurs” screensaver on one of their phones is a clue to the twins’ troubled story.

For the past year, the brothers have been fighting a court battle to gain refugee status, the first known case of its kind in Russia involving China’s persecuted Uighur Muslim minority. But their chances of success are slim, because despite Islam being Russia’s second-largest religion, the Kremlin has chosen to side with China on the Uighur question.

“All of our Uighur friends who went back to China from Russia never returned and don’t pick up their phones,” Shahdiyar says. His twin finishes the sentence for him. “And you wonder why we don’t want to go back?”

The brothers were born in Urumqi, a city in western China’s Xinjiang province, to a Uighur father and a Tatar mother who moved to China in her youth and doesn’t have Russian citizenship.

Human rights groups estimate that up to 1 million Uighurs have been confined to Chinese re-education camps. Most of them are from Xinjiang, which borders eight countries including Russia and Kazakhstan. Activists say the interned are forced to renounce their faith and suffer psychological and physical abuses. Only last week, a drone video appearing to show hundreds of blindfolded men being led from a train in China raised new worries over the crackdown in the region.

Beijing defends the measures as necessary to fight religious “extremism.” 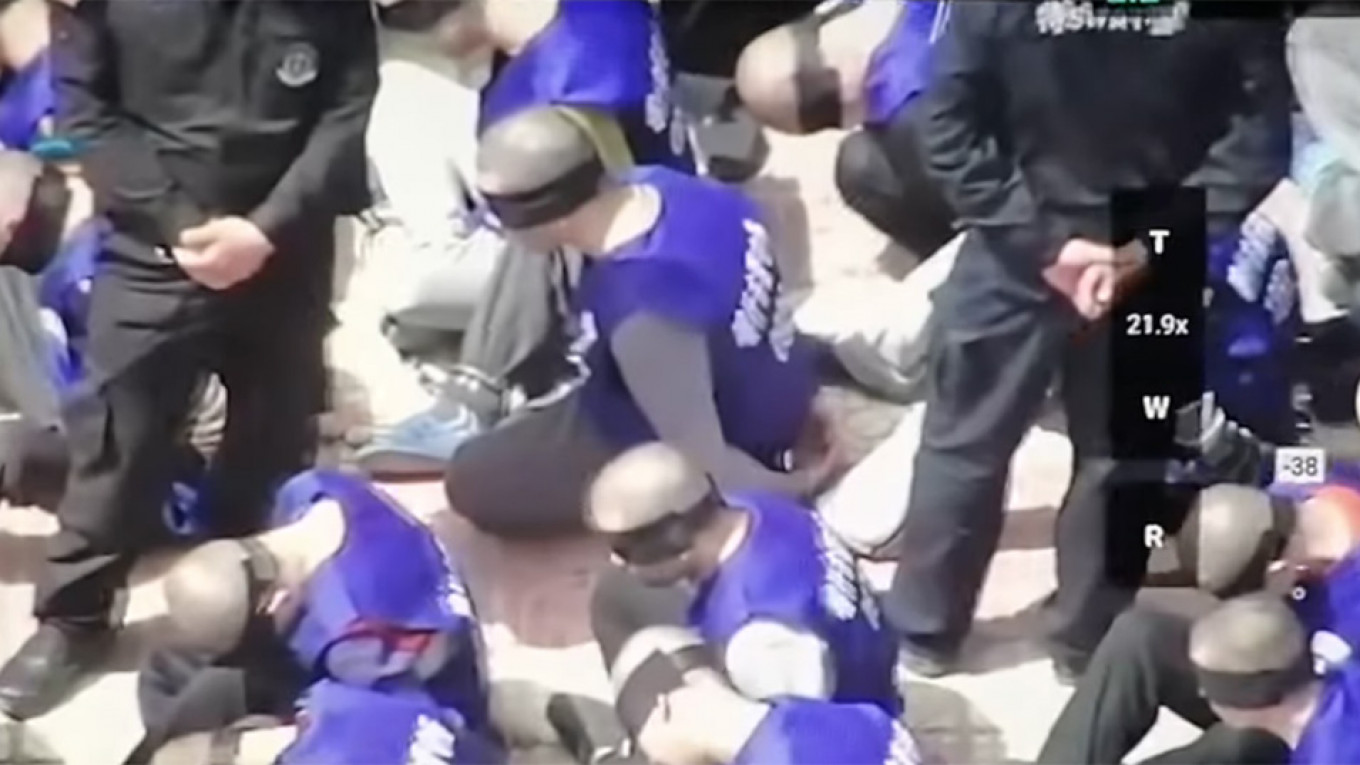 Footage posted online last week shows hundreds of men being led from a train in Western China. Human rights groups say up to a million Uighurs and other Muslim minorities are currently detained in the region.

In 2015, two years before reports started coming out of China detailing the persecutions, the twins moved to Kazan to study English and design at Kazan’s prestigious Federal University.

They say they chose Tatarstan because of their mother’s roots there.

The brothers were just finishing their third year of university when their parents, a lawyer and a professor, suddenly stopped replying to their phone calls and messages. Soon after, their aunt and their best friend, both of whom have also since gone missing, confirmed their worst fears — their parents had been arrested and sent to a camp.

Already devastated, the twins said they received more bad news last January when the Chinese consulate in Minsk, Belarus, told them that because they are Uighur they can only renew their Russian visas in China. Fearing arrest back home, the brothers decided to overstay their visas and have been illegals in Russia since March. They have also been expelled from university and now spend their days looking for odd jobs.

China sees repatriating Chinese Uighurs across the world as a priority, said Rian Thum, a senior research fellow focusing on Islam in China at the University of Nottingham.

“We have seen this done in many countries, where the Chinese authorities will do everything, including using the pretext of obtaining a new visa, to lure the Uighurs back into the country,” he said.

Thum believes it’s likely the twins will be detained or tortured if they go back to China because the government tends to target Uighurs who have lived abroad. 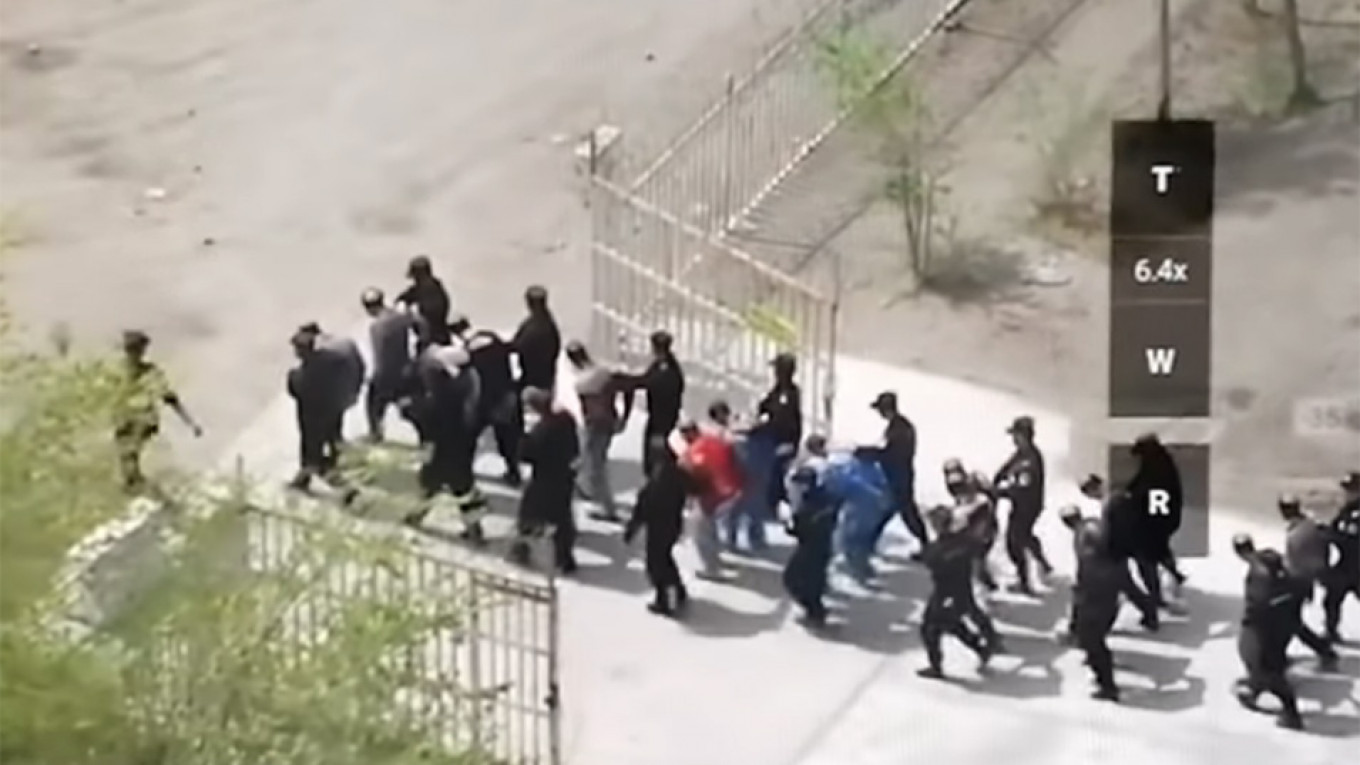 In recent years, several countries, including Thailand, Cambodia and Malaysia, have deported Uighurs at Beijing’s request. In 2017, Egyptian security forces reportedly arrested dozens of Uighur students and sent them back to China. However, public attention has put pressure on countries worldwide to stop the deportation of Uighurs and deportations have mostly stopped, experts say.

“It has become a trend not to send Uighurs back to China, as by now everyone knows the dangers they will be subjected to. If Russia does do it, they will really break this recent precedent,” Thum said.

‘I don’t want to relive the camps’
Shahdiyar and Shahrizat are desperate to avoid the fate of their only other Uighur friend in Kazan, who on condition of anonymity told The Moscow Times about his month at two different re-education camps in Kashgar in western China in the fall of 2017. This is the first published account from a Uighur in Russia who has spent time in a camp in China.

In September 2017, the man was detained in Xinjiang after returning home for the summer from Kazan, where he was studying economics.

“A bit more than two years ago, I was picked up at home while my parents were at work. My former schoolmate’s father was a cop and he told them I had come back.”

What followed, he said, was a month filled with fear, intimidation and uncertainty.

“The first camp where I remained for around a week was very strict. Our heads were shaved on arrival, we weren’t allowed to speak our native Uighur language or pray.”

The twins’ friend said he spent most of the day in the camp being taught Chinese and the country’s constitution, but that it was the total control over daily life that was hardest to deal with.

“They want to know how you think and how you feel, they even placed cameras in the toilets.”

Anyone who argued with the camp’s leaders would be “taken to a different room for punishment,” he added, estimating that there were around 4,000 men in the camp ranging from the ages of 16 to 70.

The man said things got a little better when he was transferred to the second camp, where the guards had a more “relaxed” attitude, although he stressed that it too felt like a prison.

While The Moscow Times could not verify the events the man described with any other source, experts said the details tallied with other testimonies from Uighurs who have spent time in camps.

The man said he was released from the second camp on Oct. 25, 2017, just as the 19th National Congress of the Communist Party of China was ending, but not before he was forced to sign a document forbidding him to speak about the camps. He added that around a dozen of his friends and family were forced to sign documents “vouching” for him to stay quiet.

“A lot of people will get in trouble if I show my face,” he told The Moscow Times.

Nicholas Bequelin, Amnesty International’s director for East and Southeast Asia and the Pacific, said it’s possible the authorities decided to release the man because a “politically sensitive period” had just ended. He also said the Chinese authorities often use the “guarantee” system to stop former detainees from speaking out.

The twins’ friend’s visa is valid for some time yet, but he says he is dreading the day he has to go back to China.

“I try not to think about what will happen when I have to go back. I don’t want to relive the camps. Not again.”

The twins have lost their first appeal to receive refugee status, court rulings seen by The Moscow Times show. They are currently in the process of contesting the verdict. Their lawyer, Zukhra Khamroyeva, who works for the Erdam human rights organization, said applying for refugee status is difficult because Russia doesn’t recognize any Chinese wrongdoings in Xinjiang.

Last year, Russia was among 37 signatories to a letter to the United Nations commending what it called China’s remarkable achievements in the field of human rights in the region and applauding its fight against counterterrorism.

Alexander Gabuev, a China expert at the Carnegie Moscow Center think tank, said it is highly unlikely Russia will speak out any time soon on a topic that is “extremely important” for the Chinese authorities.

“China, of course, has an enormous amount of leverage over Russia, both economic and geopolitical, so it wouldn’t make sense for Russia to condemn the Chinese on this and risk the consequences,” he said.

A second reason for Russia’s support for China’s actions in Xinjiang is similarities the government sees with its own policies in Chechnya, where human rights groups have accused Kremlin-backed leader Ramzan Kadyrov of widespread abuses.

“Both crackdowns are taking place under the guise of the worldwide fight against Islamic terrorism,” Gabuev said.

Dmitriy Kiselyov, a television journalist who has been called Russia’s chief propagandist, echoed the Kremlin’s view in September, when he presented a documentary on state television titled “What is Really Happening to the Uighurs in China” in which he applauded the Chinese authorities for establishing the camps. 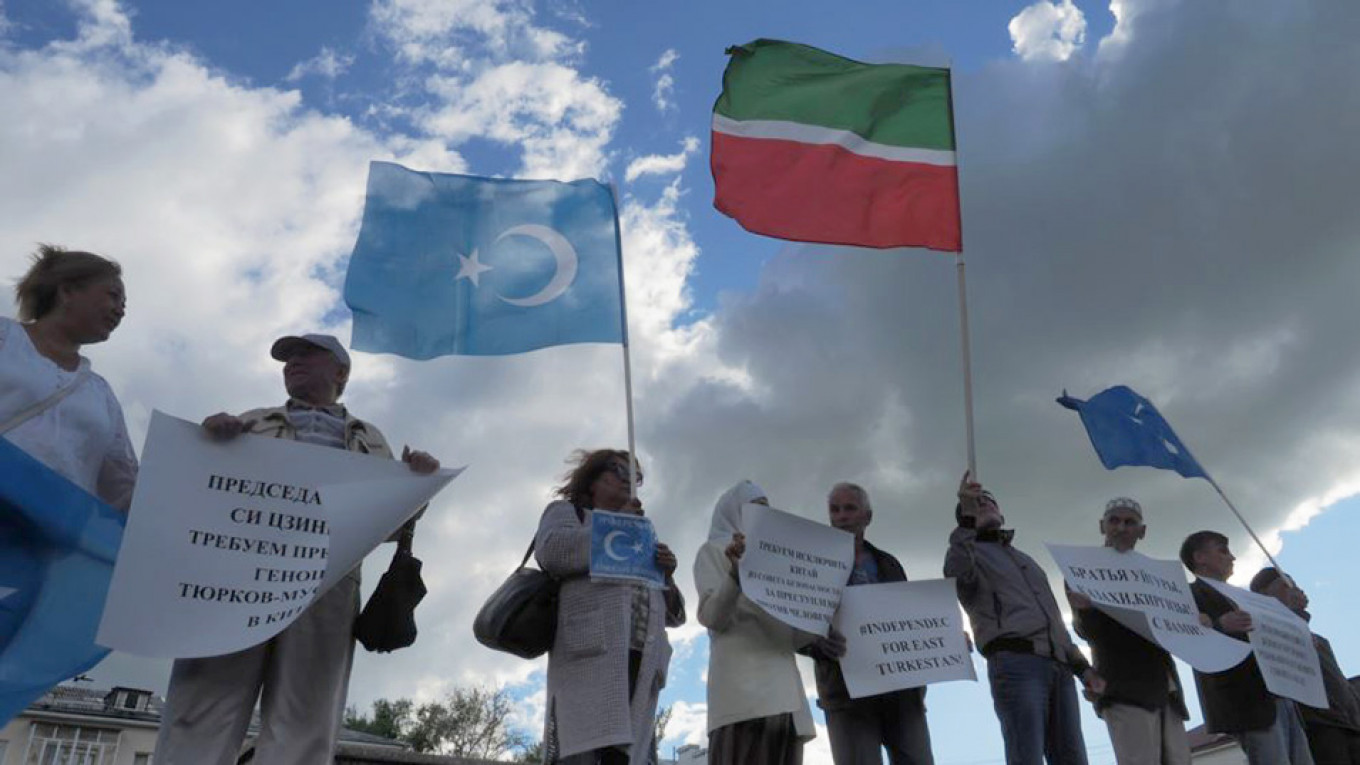 In June, activists gathered in Kazan to demonstrate against the Chinese security campaign in Xinjiang. Russian Muslim leaders have stayed silent on the issue.

The Shavkat brothers hope that the Tatar community will take notice of their case, but so far few leaders have spoken out, despite reports that some of the estimated 5,000 Chinese Tatars living in western China, like the twins’ mother, have been sent to the camps.

“Senior Tatar government officials in Russia are simply afraid of the Kremlin, they are told to stay put,” says Farid Zakiyev, the leader of the All-Tatar Public Center, a nationalist organization advocating for the rights of Tatars in Russia.

In July, he organized a one-person picket in Kazan in support of the Uighur cause, but only around 15 activists turned up. Russian Uighurs, a loosely connected community of around 4,000 scattered around the country, also haven’t been able or willing to take a public stance.

“We try not to make a lot of fuss, we don’t have much power,” said Rafkat Sadikov, the head of the state-approved Uighur council in Russia.

Those who have spoken out, including Russian Uighur Dilmurat Shaidov, said they have faced threats from Chinese businessmen and Russian officials.

Despite living with constant uncertainty and little public support, Shahdiyar and Shahrizat are determined to try to stay in Kazan, a place they say feels like home. Their lawyer plans to take the case all the way to the European Court of Human Rights if the Russian courts reject their appeal, but fears the twins could be deported “at any moment.”

“We are half Tatar, why can’t we stay here? Don’t they understand that if they send us back we will die there?” Shahrizat said.