India Must Not Withdraw From Kailash Range, PLA will make sure we never get it back 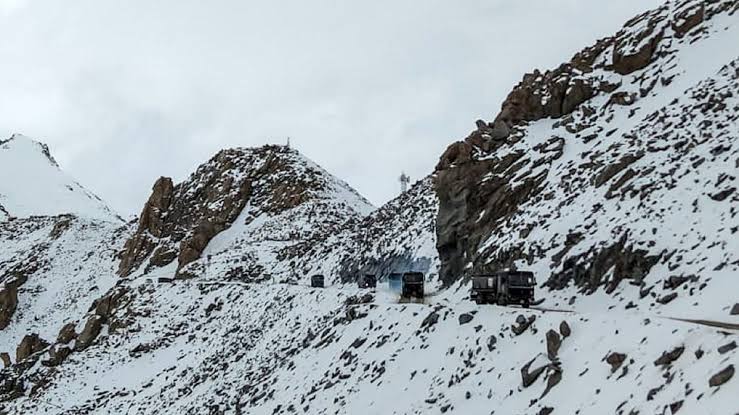 The eighth round of Corps Commander-level talks between India and China were held on 6 November at Chushul. After the talks, both sides issued diplomatic statements of having had candid discussions on disengagement and to carry the process forward as per the consensus reached between the leaders of the two countries. Prior to this development, it was presumed that status quo would continue indefinitely.

Since India secured the dominating heights on the Kailash Range on the night of 29/30 August,while the sixth and seventh round of military talks were going on, the People’s Liberation Army (PLA) had been persistent that disengagement must begin with our withdrawal from the Kailash Range because India has ‘altered the status quo’.

Beijing remained ambiguous with respect to disengagement in the Depsang Plains and north of Pangong Tso, claiming that it has merely secured its own territory up to the 1959 Claim Line.

However India rightly said that it has never recognised the 1959 Claim Line and that it is China that has unilaterally altered the status of the Line of Actual Control (LAC) and violated the 1993 agreement.

On the Kailash Range, India has only moved up to the LAC to preempt the People’s Liberation Army’s (PLA) planning to alter the status quo. India further insisted on an all-encompassing status quo ante agreement.

In a surprise development on 11 November, the media was agog with speculative reports citing “reliable sources”— read government/military unofficial briefings — that an ‘agreement’ had been reached for disengagement along the Kailash range and north of Pangong Tso during the eighth round of talks.

It seems that it is a quid pro quo agreement for the PLA to withdraw east of Finger 8 (north of Pangong Tso) and us withdrawing from the Kailash Range. North of Pangong Tso, we would withdraw to Dhan Singh Thapa post, west of Finger 3. Between Finger 3 and Finger 8, there would be a buffer zone where no deployment or patrolling would take place. Along the Kailash Range, the PLA would vacate Black Top and other positions on the Kailash range with us doing the same. It is presumed that the entire Kailash Range would be a buffer zone. The disengagement would be carried out in three phases and could begin as early as Diwali.

However, there is no mention of any disengagement in the Depsang Plains.

It is pertinent to mention that all buffer zones which are likely to be created are on our side of the LAC, denying us the right to patrol, deploy or develop infrastructure, which we had up to April 2020. This kind of an agreement just should not be accepted. In fact, we should insist on status quo ante April 2020.

Kailash Range is one area where the alignment of the 1959 Claim Line offers a major strategic advantage to India, and for the first time since 1962, we are holding it in strength. This, negates the strategic advantage the PLA had gained due to its preemptive operations in the Depsang Plains, Hot Springs-Gogra and north of Pangong Tso.

Even in 1962, both sides fought for the control of the Kailash Range. By 27 October, China had reached its 1959 Claim Line in all sectors. However, it did not want to give us the advantage of holding on to the Kailash Range.

The 1959 Claim Line passes over the crest of the Kailash Range, except in the area of Black Top that is to its east. China could still claim that it had not violated its Claim Line. On 24 October 1962, Radio Peking announced that in eastern Ladakh, Chushul was the next objective.

Until 24 October 1962, 114 Infantry Brigade was responsible for the defence of Ladakh. Beginning 20 October 1962, in 48 hours, DBO, Galwan, Hot Springs and Sirijap Sectors had collapsed and troops had been withdrawn. Chushul Sector was held by the 1/8 Gorkha Rifles; 5 Jat was holding Lukung and Phobrang at the northern end of Pangong Tso. By 28 October, 7 J&K Militia in the Indus River Sector had also withdrawn to Dungti. There was a lull in the battle from 28 October to 17 November.

The Indian Army showed great resolve in rushing troops by air and road to Ladakh. HQ 3 Infantry Division was raised on 26 October at Leh.

However, there was a strategic flaw in planning. The focus was on defence of Leh, 280 km behind the frontline (by existing road), resulting in paucity of resources for defence of Chushul. Until now, our appreciation was that in Eastern Ladakh, the PLA will not cross the 1959 Claim Line, which, in hindsight, was correct.

However, when Radio Peking, on 24 October, 1962, gave the next objective as Chushul, it was assumed that the 1959 Claim Line would be crossed and Leh would be the logical strategic objective. The actual objective of the Chinese was the Kailash Range and that is where they halted.

The PLA did not have the resources or logistics to conduct any further operations. It had committed only one division in Ladakh which was stretched from Karakoram to Demchok.

In fact, the PLA had to regroup to attack the Demchok area on 27 October 1962. For Phase 2, it had to regroup again to barely muster one regiment for operations in the Chushul Sector.

Hence, the PLA was capable of only limited operations along the frontline. Moreover, the winter was setting in and after November, operations were severely restricted. No attempt was made for detailed air or ground reconnaissance to ascertain the strength of the PLA.

The flawed planning of HQ Western Command/15 Corps/3 Infantry Division was to a great extent responsible for the subsequent events. The focus became to defend Leh and led to a 200 km withdrawal to the rear without the Chinese firing a shot after 20 November.

Inexplicably, after the loss of Rezang La and partial loss of Gurung Hill, held by only two companies, withdrawal was ordered. All other posts on the Kailash Range and in the valley held by 10 infantry companies were withdrawn to the heights west of Chushul Bowl on the night of 19-20 November, even before they were contacted by the enemy. If that was not enough, the entire brigade withdrew from Chushul on 21 November.

Now we are In a dominant position and We must not withdraw from Kailash Range.

The Kailash Range gives us the same strategic advantage in Spanggur Tso-Rudok area as the PLA has in the DBO Sector. We must develop the required infrastructure to man it permanently. In event of an escalation, we must capture Black Top and the lower heights of the Kailash Range to the east. In case we have not already done so, we must also secure it in the Indus Valley.

We shamefully abandoned the Kailash Range in 1962. Today we must not pull back from it merely to declare a political victory. More so, when we gain very little in return. What more can the Chinese want?

All likely buffer zones will be on our side of the LAC where we cannot patrol, deploy or develop infrastructure. China will achieve its political aim – to secure the 1959 Claim Line and prevent development of border infrastructure. And, above all, it would make us vacate the strategic Kailash Range.

Mark my words, the PLA knew of the importance of the Kailash Range in 1962 and it does so now. We must not repeat the folly to give up the Kailash Range because the PLA will make sure that we never get it back.