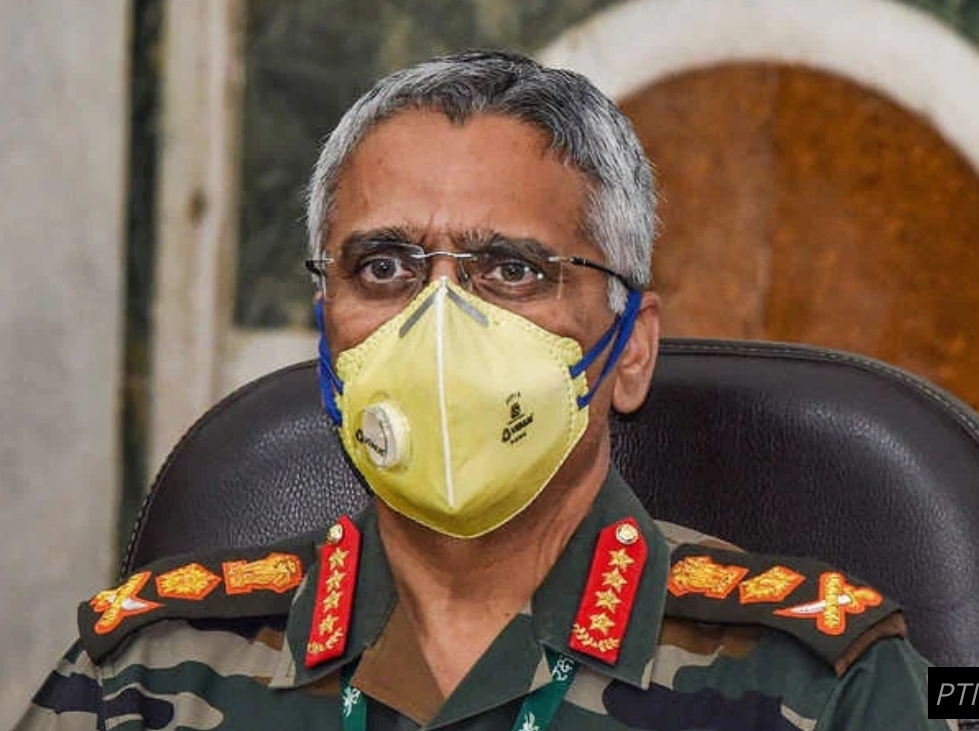 NEW DELHI: The time has come for India to adopt a “whole-of-government approach” in decisively confronting the “strategic uncertainties” looming on its horizon as well as non-traditional threats like pandemics, Army chief Gen Manoj Mukund Naravane has said, strongly pitching for broadening the country’s national security doctrine.
Talking about complex geo-political power play in India’s neighbourhood, Gen Naravane said the Indian armed forces are determined to “cement” the country’s reputation as a net security provider in the region.
“There is an entire spectrum of strategic uncertainties that looms on the horizon and a whole-of-government approach is the need of the hour to deal with them,” the Army Chief told PTI.
Though Gen Naravane did not elaborate, his comments came in the backdrop of Pakistan-supported Taliban’s aim for a role in power structure in Afghanistan and China’s persistent efforts to expand military ties with countries like Sri Lanka, Nepal, Myanmar and the Maldives.
A total of 7,740 dedicated COVID-19 facilities in 483 districts have been identified, the Union health ministry said. There are 6,56,769 isolation beds, 3,05,567 beds for confirmed cases, 3,51,204 for suspected cases, 99,492 oxygen-supported beds, 1,696 facilities with oxygen manifold and 34,076 ICU beds.
“In dealing with issues of global nature, the armed forces with their inherent capabilities and capacities will cement India’s reputation as a net security provider in the region, taking security as a holistic concept,” Gen Naravane said.
India is learnt to have been worried over the extremely fragile and dynamic situation in Afghanistan after the US sealed a historic deal with the Taliban providing for withdrawal of American troops from the war-ravaged country.
The Army Chief further said that India needs to broaden its understanding of national security and must examine non-traditional threats like pandemics “de-novo” as they have the potential to inflict severe damage on the country. “We need to act and prepare ourselves accordingly.”
He said the “traditional threats” facing India remained “unabated” and the armed forces are fully geared up to deal with them.
Gen Naravane said that there has been no let up in Indian Army’s “posture” while guarding the Line of Actual Control (LAC) with China because of the Coronavirus pandemic. The LAC is the de-facto border between the two countries.
“Along the LAC, patrolling continues as before though we have put the ceremonial border personnel meetings on hold. There is also greater reliance on hotlines,” he said.
The Chief of Army Staff said the effort has been to adhere to the directives issued by both the governments following two informal summits between Prime Minister Narendra Modi and Chinese President Xi Jinping.
“As far as our deployment along the border with China is concerned, the focus is on mutual understanding and respect for the sanctity of LAC and ensuring that no untoward incident takes place due to our differing perceptions of the LAC,” he said.
“Our focus has been to ensure all misunderstandings are mitigated amicably through discussions and existing mechanisms,” Gen Naravane said.
The India-China border dispute covers 3,488-km-long Line of Actual Control. China claims Arunachal Pradesh as part of southern Tibet while India contests it.
Both sides have been asserting that pending the final resolution of the boundary issue, it is necessary to maintain peace and tranquillity in the border areas.
Gen Naravane said troops deployed along borders in remote and high altitude areas are at minimum risk of getting infected by the Coronavirus as the areas are inaccessible to ordinary people.
He said only troops who are medically validated as being Coronavirus-free are being allowed to replace the personnel deployed in key formations and frontiers.
“You have to keep in mind that in most of these places, due to the nature of deployment and living arrangements, social distancing is not feasible. However, wherever possible, social distancing and hygiene measures are being strictly enforced,” he said.
Gen Naravane said ensuring safety of his force from the pandemic is his foremost priority as the Army will be able to assist the country in dealing with the challenge if the troops are fighting fit.
“The need for maintaining social distancing and hygiene norms assumes significant importance in the forces because of the higher density of personnel living inside barracks and the increased attendant possibility of the virus spreading within the forces,” he said.
He said all the units and formations have been issued comprehensive instructions to maintain social distancing wherever feasible and adhere to highest hygiene standards.