Prime Minister Narendra Modi joined other leaders in tweeting to congratulate Joe Biden on becoming the 46th President of the United States. “Congratulations @JoeBiden on your spectacular victory! As the VP, your contribution to strengthening Indo-US relations was critical and invaluable. I look forward to working closely together once again to take India-US relations to greater heights,” PM Modi tweeted, along with a file photo of him meeting Joe Biden.

“Heartiest congratulations @KamalaHarris Your success is pathbreaking, and a matter of immense pride not just for your chittis, but also for all Indian-Americans. I am confident that the vibrant India-US ties will get even stronger with your support and leadership,” PM Modi tweeted.

Other leaders also tweeted immediately on Saturday night to congratulate Joe Biden’s victory in the cliffhanger US election that Donald Trump claimed was far from over, saying his campaign would begin challenging the results in court next week. 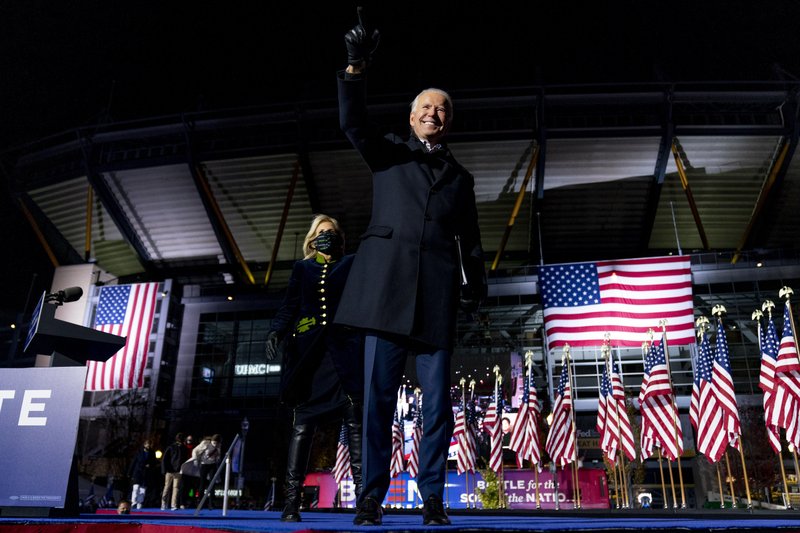 Joe Biden, 77, defeated Donald Trump, 74, to become the 46th US president after unseating the incumbent at a time when the US is reeling from the coronavirus pandemic, political polarisation and weakening economy.

Congress MP Rahul Gandhi was among the first leaders in India who tweeted to congratulate Joe Biden and Vice President-elect Kamala Harris.

In a statement, Congress chief Sonia Gandhi said “under the wise and mature leadership of President-Elect Joe Biden and Vice President-elect Kamala Harris, India looks forward to a close partnership that will be beneficial to peace and development in our region and around the world.”

Leaders from the US and other nations also tweeted to congratulate Joe Biden and Kamala Harris.

“Congratulations to my friends, @JoeBiden and @KamalaHarris – our next President and Vice President of the United States,” former President Barack Obama tweeted.

“Congratulations, @JoeBiden and @KamalaHarris Our two countries are close friends, partners, and allies. We share a relationship that’s unique on the world stage. I’m really looking forward to working together and building on that with you both,” Canadian Prime Minister Justin Trudeau tweeted.

United Kingdom Prime Minister Boris Johnson said, “The US is our most important ally and I look forward to working closely together on our shared priorities, from climate change to trade and security.”

“The Americans have chosen their President. Congratulations @JoeBiden and @KamalaHarris We have a lot to do to overcome today’s challenges. Let’s work together!” French President Emmanuel Macron tweeted.

Joe Biden was chosen by Barack Obama as his vice presidential candidate and entered the White House with him in January 2009, in the midst of the global financial crisis.

In 2019, he launched his campaign to beat Donald Trump and win the White House at last. After a difficult start, he bounced back to victory in the Democratic primaries boosted by his support among African Americans and became the party’s presidential candidate. In the end, after a campaign like no other, held amid the coronavirus pandemic, he went on to deny Donald Trump a second term.