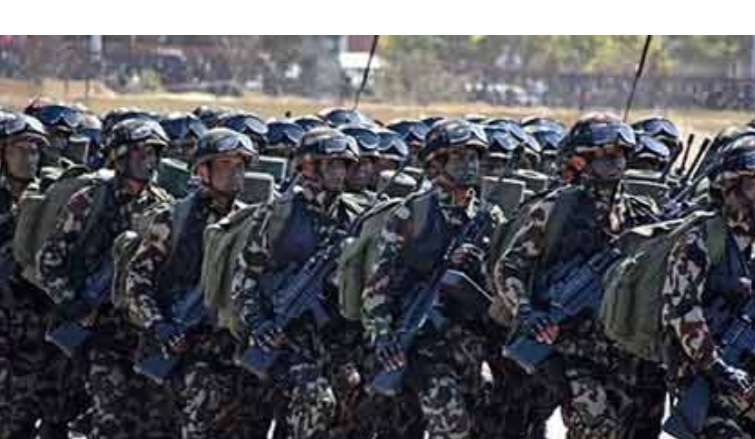 Pensioners of Nepal, who have retired from the Indian Army are facing financial crises these days. They are not being able to draw pensions form banks on the Indian side in Uttarakhand since March due to the sealing of the border between the two countries, said an ex-serviceman.

Several veteran ex-servicemen of Nepal who worked in the Indian Army, are living in the border areas of western Nepal. They draw their pension from Indian banks situated in Banbasa area of Champawat, Jhulaghat and Dharchula areas of Pithoragarh and Khatima area of US Nagar district in Uttarakhand.

“These are the Nepalese citizens who joined the Indian Army previously through a certain quota for the Nepalese and are now living in border areas of Nepal. They still draw a pension from different Indian banks situated on this side of the border,” said Capt Bhani Chand (Retd), president, Gaurav Sainani Kalyan Samiti, Banbasa, Champawat.

The Nepalese used to be recruited in the army under the Indo-Nepal treaty. They worked in the Indian Army and later returned to their native places after rettirement. Several of them have been settled in Dehradun, Almora, Pithoragarh and different parts of Uttarakhand also.

“Around 700 Nepalese pensioners draw pension every month from our branch. Their pension is pending due to the sealing of India-Nepal border,” said Kamlesh Joshi, branch manager, state bank of India, Jhulaghat.

The Nepalese are recruited in the army as per the Indo-Nepal treaty-1950. According to its provisions, the Nepal government allows its citizens to serve Indian Armed Forces and in return, India allows Nepalese to work anywhere in India in the private sector or government services (except for Indian administrative services).

Pramod Bhatt, a businessman from Jhulaghat, said, “I have been watching Nepalese pensioners coming for their pension and purchasing household materials since childhood. They are not coming for the last three months due to the sealing of the international border.”

Notably, international border is sealed since March due to Covid-19 outbreak. Entry points along the border were opened but only for migrants of both sides. No other person was allowed to cross the border during the lockdown, said officials