New National Security Doctrine To Be Submitted To CCS 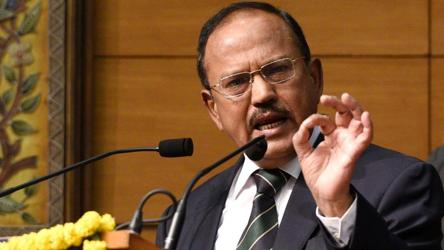 India’s Defence Planning Committee (DPC) is expected to submit the National Security Strategy (NSS), effectively the country’s Strategic Doctrine, to the government in October, focusing on future fronts, the requirement of expeditionary/ Out of Area Contingency Forces, and the projection of comprehensive national power.

The much-awaited report has been mostly completed and some finishing touches are being put to it before its submission next month. The unclassified part of the report will be made public after the Cabinet Committee on Security (CCS) accepts the fundamental document defining the Indian strategic posture.

The DPC was formed in April 2018, but the report was held up pending the announcement of a new post of chief of defence staff (CDS), the single point military adviser to the government.

The announcement of the creation of the post was made by PM Modi from the ramparts of the Red Fort on Independence Day last month. The first Indian CDS is expected to be named shortly with a tenure of two or more years.

While the defence ministry is tight-lipped about the report, the draft NSS is expected to define India’s position on no first use (of nuclear weapons) in the current context as well as other red lines that could lead to strategic escalation.

The report is also expected to define various types of threat both military and non military to India. For instance, the Indian military today is readying itself to face threats simultaneously on two fronts, north and the west, in a worst-case scenario.

It is this definition that will be used by the defence ministry to decide the quantity of ammunition to be kept in ready stock. As of now, India is prepared with ammunition inventory for a 10-day intensive war.

The NSS document will also spell out the Indian naval posture in the coming years, including the requirement for an expeditionary force. The Security Doctrine will also decide size of the the Indian Navy and number of Carrier Battles Groups.

Development of air bases in any of the 611 islands under India in the Arabian Sea, Bay of Bengal and Andaman Sea to venture deep across the Indian Ocean or the Persian Gulf, even the South China Sea will flow out of this doctrine.

For instance, the tri-service Andaman and Nicobar Islands Command could easily project Indian might into the South China Sea with the existing air bases being upgraded and naval bases being equipped with jetties to handle larger warships.

The A & N Command sits on the mouth of Malacca Straits with Banda Aceh in Indonesia a mere 163km away as the bird flies from Campbell Bay in Nicobar.

With the CDS expected to take over all tri-service structures including Special Operations, Cyber and Space Commands, the National Security Doctrine will also define the conceot of Space Warfare.