PAKISTAN has ‘NO ISSUE’ on INDIA Becoming PERMANENT UNSC MEMBER 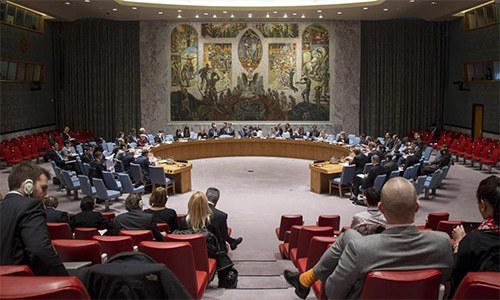 India has been at the forefront of efforts to reform the Security Council. The UN Security Council in its current form does not represent the geo-political realities of the 21st Century. Without India this Council is meaningless. Each year the General Assembly elects five non-permanent members (out of 10 in total) for a two-year term.

Pakistani journalist Naila Inayat shared a clip from Quereshi’s interview, wherein he said that already India has attempted to get the seat as a permanent member a number of times and it would make no difference to the Imran Khan-led nation.

He also added that if India is elected, Pakistan too will be elected as a permanent member – a point that is laughable given that India has at various points has had support of 4 of the 5 permanent members, while Pakistan’s all-weather friend China remains Imran Khan’s only backer.

Qureshi said UNSC was an important forum but India’s non-permanent membership should not be seen as extraordinary because Pakistan had also served at the same position previously for seven times.

On June 5, India’s Minister of External Affairs S Jaishankar announced that the polls for India’s temporary seat in the UNSC as a non-permanent member would take place in June. The election will take place at the United Nations on June 17.

India would be contesting for the non-permanent member seat whose tenure is of 2 years, beginning from January 2021. India has emerged as the single-endorsed candidate from its regional group, amid the larger push for the country to be made a permanent member of the 5-nation apex grouping, currently comprising the US, UK, Russia, China and France.