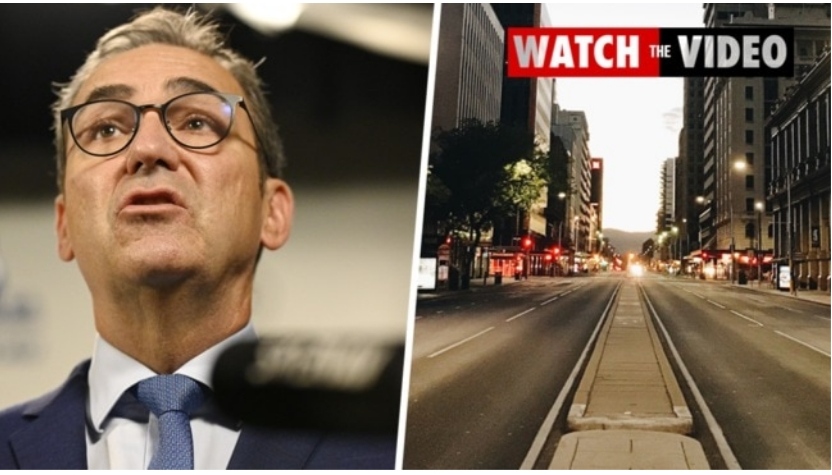 The deadly strain of COVID-19 that has gripped South Australia and thrown the state into a lockdown is new and very specific.

The strain of coronavirus wreaking havoc on South Australia has particular characteristics that are most concerning to authorities.

As the state announced it was going into a full lockdown for at least six days from midnight Wednesday in a bid to combat the latest COVID-19 wave, Chief Health Officer Professor Nicola Spurrier explained the reason for the tough move.

“This particular strain has had certain characteristics,” she said today.

“It has a very, very short incubation period. That means when somebody gets exposed, it is taking 24 hours or even less for that person to become infectious to others and the other characteristic of the cases we have seen so far is they have had minimal symptoms and sometimes no symptoms but have been able to pass it to other people.”

Professor Spurrier said that characteristic meant that a generation, or stage of people passing on the virus to others, was only about three days.

“We also know, because of that characteristic, that what we call a generation, is only about three days and a generation is when one case is passing it on to the next level, and then that (next) level, so if they pass it on to two people, they will pass it on to another lot of people, and that is your third generation,” she said.

Authorities hold grave fears over the pizza shop on Woodville Road, considered one of the Parafield cluster’s hot spots.

The Parafield cluster began with a worker at Peppers Warmouth which is being used as a medi-hotel in Adelaide’s CBD.

People queuing up at the Parafield Gardens COVID testing centre in Adelaide yesterday.

There is concern the virus has spread throughout the western suburbs from there.

There are at last 12 other cases still under investigation, while more than 4000 people remain in quarantine in their home or in medi-hotels.

“The reason for going for this six day period of really significant restrictions is that is two generations, we are up to the fifth and then getting up to the six,” she said.

“We have no time to wait. If I thought about this all day and then told the police commissioner, the premier, tonight, he would already be 12 hours behind so we really need to act fast under this. So that is the rationale.”

Contact tracing has been done up to the fourth generation.

The Woodville Pizza Bar on Woodville Rd, Woodville has been identified as a COVID-19 hotspot.

South Australian authorities have announced a “series of wide-ranging restrictions” to get on top of the COVID-19 outbreak.

A further eight days of other restrictions “which will not be as significant” will follow.

Premier Steven Marshall on Wednesday afternoon described it as the “circuit breaker” to “stay ahead” of the coronavirus.

“There is no second chance to stop a second wave,” Mr Marshall said.

Government authorities, and the country as a whole, have witnessed what happens when a COVID-19 outbreak takes hold.

Only this month Victorians celebrated the months-long “ring of steel” lifting between the city and regions, and Melburnians being allowed to travel more than 25 kilometres from home.