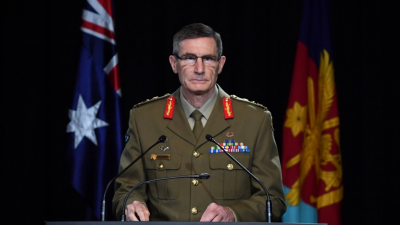 The Pacific deployed 7th Fleet Commander, Vice Admiral William Merz said that India plays an important role as a member of the regional defence grouping known as the Quad, which also includes the United States, Australia and Japan, in enhancing regional stability at a time of China’s growing clout.

“India is very committed to improving this Quad relationship, and the overall impact is just a more stable region,” Vice Admiral William Merz, commander of the U.S. Navy’s Seventh Fleet, said in an online roundtable briefing.

Merz met the press as the four Pacific powers, which routinely operate together in the Indo-Pacific, conducted the second phase of the “Malabar” exercises scheduled through Friday in the Northern Arabian Sea following the first phase from Nov. 3 to 6.

Malabar started in 1992 as a bilateral drill involving the U.S. and Indian navies, with Japan joining in 2015. Australia returned to the exercises this year after last participating in 2007.

“So, what you’re seeing with India, again, is a relationship that we have been advancing for quite a while now,” Merz said.

Lt. Gen. Stacy Clardy, the commanding general of the III Marine Expeditionary Force based in Okinawa, also joined the roundtable.

“To make sure that we can operate together whether it’s in support of a crisis, or to respond to a crisis or in a contingency, our militaries continue to work together to improve our interoperability,” Clardy said.

Merz denied that Quad cooperation is a containment strategy against China.

“There is no attempt to contain China or anyone else. We are trying to keep, create an environment of inclusion,” he said.

Chinese Foreign Minister Wang Yi criticized the United States in mid-October for aiming to build a NATO-like alliance in the Indo-Pacific region “underpinned by the quadrilateral mechanism involving the U.S., Japan, India and Australia.”

Japan and Australia have stepped up their security cooperation, in principle agreeing Tuesday on the Reciprocal Access Agreement to streamline administrative procedures for their troops to stay in each other’s country for joint exercises and disaster relief missions.

“That kind of agreement is really helpful and encouraging to everybody there in the region,” Merz said.