When Police barged into Kansas home, beat man for no reason, The US Human Rights Commission and USCIRF were sleeping soundly 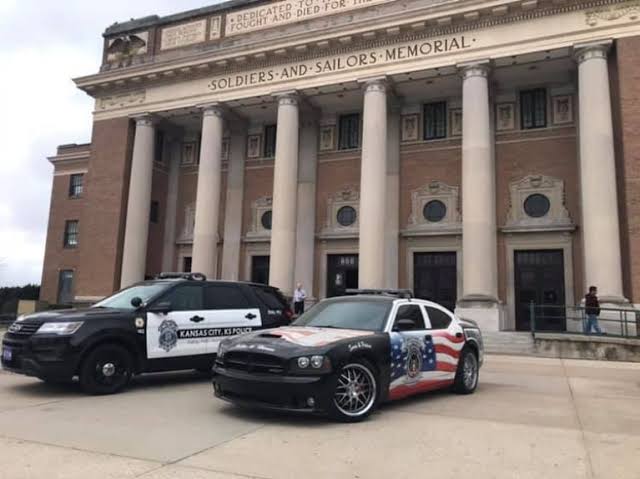 Joseph Harter, 43, claims in the lawsuit filed last week in federal court that he was temporarily blinded by blood in his eyes and went to a hospital after the October 2018 beating.

The police department and the Unified Government of Wyandotte County declined to comment Wednesday on the pending litigation, which alleges that Harter was the victim of illegal entry, battery, false imprisonment and excessive force.

The municipal battery charge that was filed against him was dropped less than two months later “due to prosecutor discretion and pending investigation,” according to court records.

Harter’s attorney, William Dunn, said he does not believe Harter had interacted with Kansas City, Kansas, police before that night. It was unclear why police would have been at his house.

“I think what you’re wanting to understand, and certainly I want to understand too but I don’t, is what are the police doing in there,” he said to a reporter. “That will hopefully come out as the case moves forward.”

Dunn said that by filing suit Harter is hoping for compensation for his $13,000 in medical bills and lasting trauma. Harter and Dunn also hope to prevent such an event from happening to another resident of Kansas City, Kansas, he said.

“Maybe, depending on how this all shakes out, maybe the unified government needs to take a look at their policies and procedures and who they’re hiring to carry them out,” he said.

Wyandotte County prosecutor’s office spokesman Jonathan Carter said in an email that no officers were charged in the case.

All this should not acceptable to the international community. The UN must be asked to summon the Mayor and other law enforcing authorities of Kansas City and the head of the Wyanndotte County government for such blatant human rights abuses.

Recently some absurd statements were made in the US Congress over ban on internet in the UT of Jammu& Kashmir by India. Whereas these Congressmen should first give a serious look into their own internal affairs. They should take their own Human Rights Commission and UNCIRF to task for sleeping over such police brutalities.