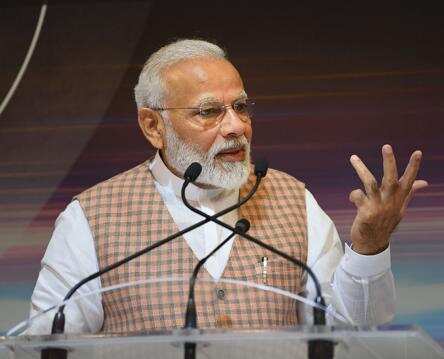 Something very curious happened after the recent clash in Galwan Valley in Ladakh, where India lost 20 soldiers. The New York Times report that came out the following day did not accuse the Chinese of aggression. Instead, it went the other way and accused India of provoking the conflict.

How? Did the New York Times toe the Chinese official line and accuse India of crossing the LAC?

Not at all. The New York Times went in a different direction. It said the conflict happened because Home Minister Amit Shah provoked the Chinese during his speech in Aug 2019 during the abrogation of Article 370.

Most Indians were probably not even thinking about China when Article 370 was abrogated in August of 2019. And India has consistently claimed Aksai Chin. But this perverse argument is now being made all over the place, by the global elite at the New York Times, leaders of opposition parties, supposedly independent military analysts and their supporting cast of internet trolls. As if China acted in self-defense and India was the provocateur.

Can you give me an example of this argument being made before June 2020? Perhaps in Aug 2019 itself? No!

All these people, acting independently, arrived at the same conclusion at the exact same time. And the timing was perfectly convenient for China, an authoritarian superpower with the means and the motive to influence public opinion in India and abroad. It was all just a coincidence. Let’s believe that.

It’s time to start thinking about the China factor in India’s domestic politics.

How? First, we have to understand what China wants. They appear to have immediate targets, such as salami slicing territory and snatching strategic positions from India in Eastern Ladakh. But what’s the real, long term objective?

For a moment, put yourself in the shoes of a Chinese strategist, trying to come up with a master plan for world domination. What do you see? China’s east coast is dotted with hostile states such as Japan, Korea and Taiwan, with the US Navy constantly patrolling the waters. Think about how infuriating that must be.

Then, you look south and you see India. Of course, India is not as powerful as the United States, but nevertheless it is the world’s fifth largest economy. And India will always be there, located just south of China, because you can’t change geography. Unless India submits to China, the Chinese will never become a true superpower.

But why would India submit to China today or at any time in the future? In ten years, India will be the third largest economy in the world.

This is the problem China faces. All of China’s ambitions are dashed against a single rock: India.

And there is only one solution. It is not enough for China to slice bits of territory. China needs India to be literally atomized, broken into pieces so tiny that they would never be able to challenge Chinese power. In other words, China needs “Bharat ke tukde.”

Do you see the confluence of interests now? China has to find every single faultline in India and tear our country apart. Here it is, over ten years old.

2009 Article on China’s think tank
Let me read to you directly from the article.

“Posted on April 8 on the website iiss.cn (International Institute for Strategic Studies), the article detailed a roadmap for breaking up India. To split India, China can bring into its fold countries like Pakistan, Nepal and Bhutan, support Ulfa in attaining its goal for Assam’s independence, back aspirations of Indian nationalities like Tamils and Nagas, encourage Bangladesh to give a push to the independence of West Bengal and lastly recover the 90,000 sq km territory in southern Tibet, the write-up said.

The article claimed that India as a nation never really existed in history. It was held together by decadent Hinduism which encouraged caste and exploitation.

China in its own interest and the progress of whole Asia, should join forces with different nationalities such as Assamese, Tamils and Kashmiris…“

In case you are confused, this is not from some liberal Indian “historian” writing on some news portal that came up after 2014. This is from the Chinese think tank, back in 2009. There was no Modi and no Shah ruling India back then. Even if you are a liberal who is against Modi, wake up. This is not about Modi. This is about my country, which is your country too.

Now tell me honestly. Is this not exactly the roadmap that Indian liberals are following?

That slogan is not a joke. It is not something that some left wing campus hothead said in sudden anger. That slogan is a very loud statement of intent. We just have to open our eyes and ears.

Now play through your mind every single protest that India has seen in the last 9 months against CAA, against abrogation of Article 370, etc. Think of every time they compared India to the Nazi state. Were they really just dissenters singing Faiz’s poetry? Or were they deliberately working to a plan?

You heard somebody was pregnant. Did you hear the same person chanting for the blood of Kashmir, Punjab and Delhi? Now read the article from the Chinese think tank again. Do you still feel sorry for her?

Whenever these anti-national elements are picked up by police, they hide behind these humanizing traits. Do not let them. Keep your eyes and ears out for what they are really saying.

Take them at their word. When they say they want the blood of Kashmir or Assam, accept that they are either terrorists or cheerleaders for terrorists. In principle, this should be easy: taking people at their word. But our liberal media makes it surprisingly hard.

Do not look for hidden meanings in what they say. When they call on XYZ people to take up arms, accept that they are inciting a violent overthrow of the Indian state. Do not look for excuses, do not put it down to youthful indiscretions. Do not fool yourself. Remember that India has very powerful enemies.

Why now? Good question. Because this coming decade is perhaps the most crucial for India’s survival. We all have a mind block regarding 1962 and sometimes we don’t realize how powerful India is. We are already the fifth largest economy. If we survive the next ten years, we will be the third largest and simply too powerful for China to do anything. For the Chinese, the window closes in ten years. For them, it is now or never.

Don’t ignore the propaganda battle that is taking place inside our minds. Every time we fall for even a bit of propaganda, we are yielding a slice of ourselves. They advance to the next finger point and set up patrol parties to penetrate our minds even further. The so called headmasters’ sons, whether pregnant or otherwise, have made up their minds. Have you??