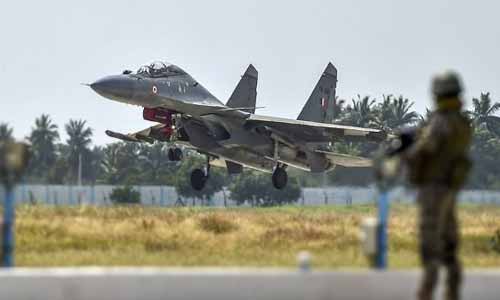 Prime Minister Narendra Modi will inaugurate the Defence Expo 2020 at Lucknow in which 1029 companies are expected to participate, Lucknow confirmed the divisional commissioner Mukesh Meshram.

It would be the biggest such event held in the country, around 702 companies had participated in the last Defence Expo held in Chennai in 2018.

Uttar Pradesh will be holding the 11th edition of the biennial Defence Expo 2020 in the state capital from February 5 to 9.

This kind of expo is aimed at bringing leading technologies under one roof and providing business opportunities to the government, private manufacturers and start-ups.

“The inaugural ceremony of DefExpo-2020 will be held on February 5. Of the total companies that are participating, more than 160 companies are from abroad. Besides, 160 MSMEs would also take part in the event,” said Gargi Malik, public relations officer (PRO), Defence.

As per the PRO, the expo related events would be organised at two sites — the main venue at Sector 15, Vrindavan Yojna, and the other one at the Gomti riverfront adjacent to Birbal Sahani Marg, near Khatu Shyam Mandir, along the river.

She said the expo was based on the theme ‘Digital transformation of defence’ and it would cover the complete spectrum of country’s aerospace, defence and security interests.

She said the initial three days of the expo (February 5, 6 and 7) at the main venue would be solely for trade and business visits, wherein companies and other stakeholders would take part.

The expo will be open for the public on the remaining two days (February 8 and 9) at the main venue, she added. “Entry would be free on February 8 and 9 for commoners (Indians and foreigners) while business visitors can visit the expo on February 5, 6 and 7. The entry charges for the business visitor would be Rs 2500 (for Indians) and Rs 5000 (foreigners),” she added.

In addition, the military equipment developed by Defence Research and Development Organisation and Hindustan Aeronautics Limited (HAL) will be showcased at the mega event, highlighting all ‘Make in India’ defence equipment.

Besides, there will be a rare opportunity for city dwellers to see Indian Navy and Coast Guard operating on the Gomti riverbank, the defence official said.

“The Navy, the Coast Guard and Indian Air Force would give a live demo of a rescue operation. Similarly, there will be cultural programmes on all five days of the expo,” she added.