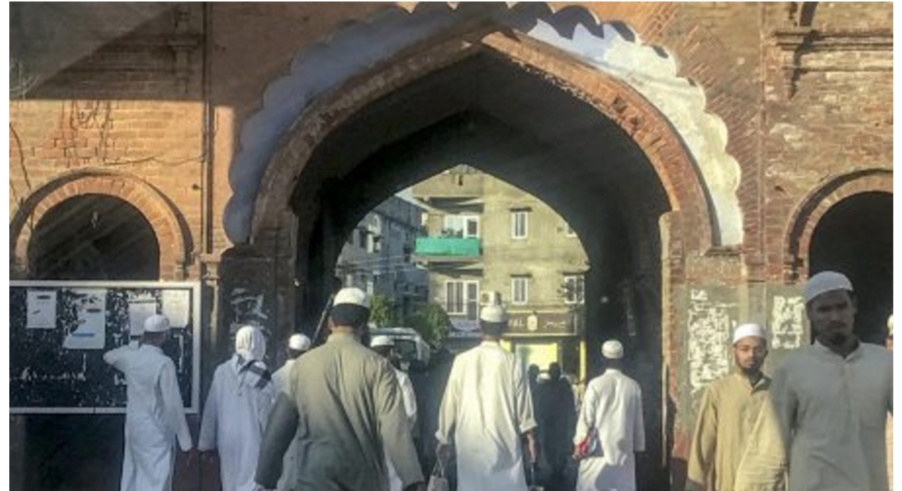 For the first time in its 150-year history, the prestigious Islamic seminary Darul Uloom at Deoband in Uttar Pradesh witnessed a visit from a top Army officer, who urged its students to join the forces as ‘maulvis’ (Islamic priests).

Sharan, who was apprised of the rich cultural history of the seminary by the clerics, said that the students, who passed out from the seminary, could join the forces as ‘maulvis’.

Mufti Nomani told the Army official that the seminary had contributed greatly to to bring about a change in the society and promotion of peace and brotherhood.

According to the clerics of the seminary, the ADG, on being asked about the initiative, said that it was ”inspired” by prime minister Narendra Modi’s slogan of ‘sabka saath, sabka vikas’.

The Army official also presented a copy of the ‘Bhagavad Gita’ to the seminary chief, who in turn gave the former a book containing the history of Darul Uloom.

Darul Uloom, one of the most prestigious Islamic seminaries across the world, had been established in 1866 by Mohammed Quasim Nanautavi at Deoband in UP’s Saharanpur district, about 500 kms from here

The seminary has been in the limelight for its ‘fatwas’ (religious decrees) on issues concerning Islam and the Muslims.

Darul Uloom was known for its strict adherence to the ‘shariat’ (Islamic Laws) and its ‘fatwas’, including the one imposing restrictions on working Muslim women, invited criticism from a section of the community. The seminary has also opposed a ban on Triple Talaq.