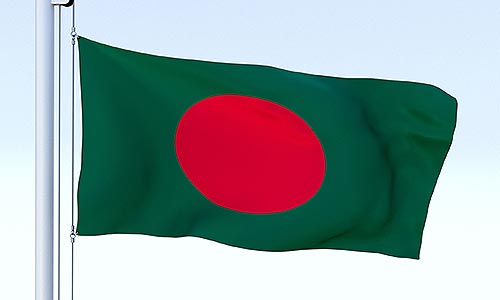 In a significant decision, Bangladesh has decided to construct a monument for the Indian soldiers who died in 1971 during the country’s struggle for independence from Pakistan.

This comes amid Dhaka’s push to reinforce ties with India notwithstanding recent efforts by Beijing and Islamabad to woo it.

“We are constructing the monument coinciding with the 50th anniversary of our independence,” a ministry spokesman quoted Haque as saying when outgoing Indian high commissioner Riva Ganguly Das met him. The Indian envoy told the minister that “some people are out to spread misleading information purposely to worsen the relations between the next-door neighbours but Bangladesh-India ties are not so fragile,” informed sources said.

The Hasina government has selected 3.5 acres in Ashuganj of Brahmanbaria district, bordering Tripura, due to its significance in the Liberation War of 1971. The architectural design will reflect the bond between the neighbours, Bangladesh government officials told ET.

“The site that has been selected has historic significance … Indian army fought some decisive battles with the Pakistan Army in 1971 along with our (Bangladeshi) freedom fighters in Ashuganj,” an official said, adding that the construction was expected to start this year and would be completed in the next two years.

Bangladesh has a National Memorial on the outskirts of Dhaka for all 1971 martyrs, but the proposed one is meant for Indian soldiers alone, another official said. The spirit of 1971 and camaraderie between the Indian Army and its freedom fighters have always been cherished, the official pointed out.

The Indian envoy is also understood to have requested Haque to take up initiatives for translating books on the Liberation War in Hindi. This would help in wider dissemination of the war among the large Hindi-speaking population in India.

Bangladesh had earlier felicitated Indian soldiers and veterans, and posthumously honoured former prime minister Indira Gandhi and several other distinguished Indians for their role in the Liberation War.