The BJP has claimed to have a Congress toolkit designed to destroy PM Modi’s popularity and image over the government’s handling of the Covid crisis. The so-called toolkit allegedly asks the party workers to use “super spreader Kumbh” and “Modi strain” to erode the prime minister’s image. 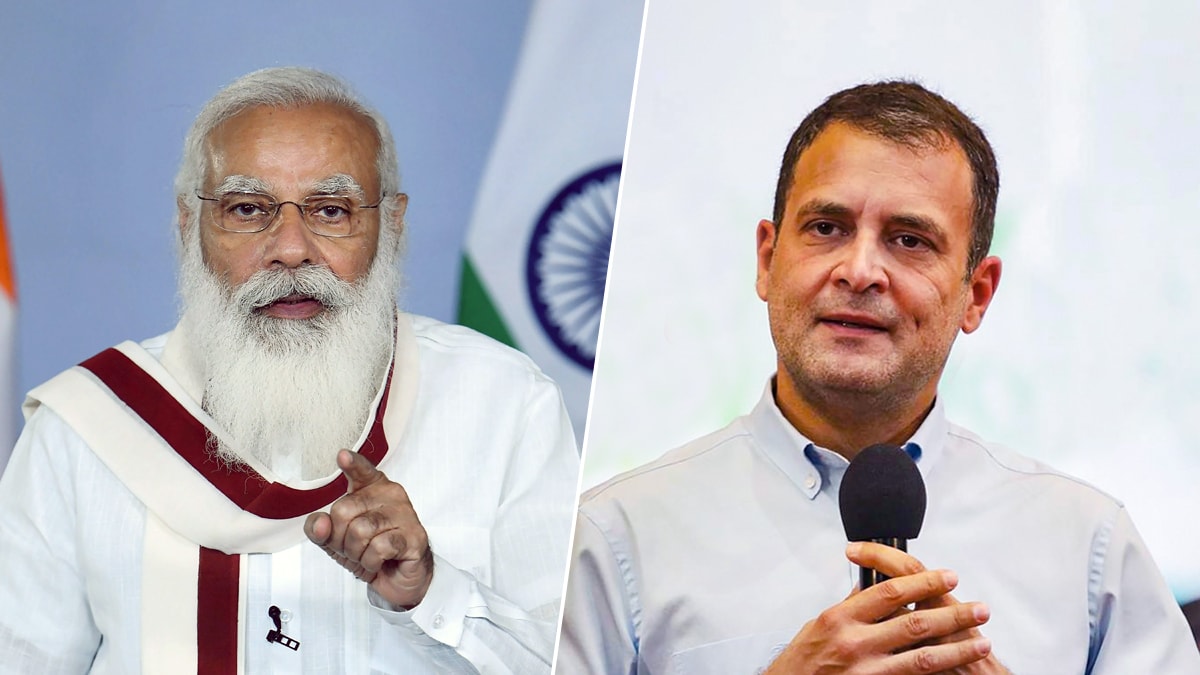 The Bharatiya Janata Party (BJP) on Tuesday accused the Congress party of using the coronavirus crisis to its advantage by “destroying” PM Narendra Modi’s image. The BJP also claims to be in possession of “Congress’s toolkit” designed to “destroy PM Modi’s image” over the government’s handling of the Covid crisis. The Congress has, however, called the allegation a fake narrative propagated by the BJP and has denied the existence of such a toolkit.

The toolkit, tweeted by several BJP leaders, has now gone viral on social media. The so-called toolkit first appeared in RSS mouthpiece Organiser. The viral “toolkit” purportedly asks Congress workers to use phrases such as “Indian strain” and “Modi strain” on social media and to “keep using the term super spreader Kumbh”.

The viral toolkit, which has the Congress symbol on the top right corner, also purportedly asks party workers to use “dramatic pictures of the funerals and dead bodies” while saying that “PM Modi’s approval ratings have been high and have not dipped despite the crisis and mismanagement”.

It is important to keep using this term ‘super spreader Kumbh’ to keep reminding the people that it is the Hindu politics of the BJP that is causing so much distress.

“Liaise with foreign journalists and Indian Oped writers in foreign publications and brief them on talking points. Use the dramatic pictures of funerals and dead bodies which is already being done by foreign media…their reporting can be magnified. The envelope can be pushed to start using demeaning phrases for Modi in intellectual discourse,” the toolkit reads.

“It is important to keep using this term ‘super spreader Kumbh’ to keep reminding the people that it is the Hindu politics of the BJP that is causing so much distress. Avoid getting in the trap of Eid and Kumbh false equivalence narrative that BJP will deploy as a counter. Don’t comment on Eid greetings,” it says.

‘RESPOND TO HELP ONLY IF IYC IS TAGGED’

The so-called toolkit also talks about amplifying the work of Congress organisations and extending help only when a person who has sought help “tags the Indian Youth Congress handle”. Hoarding of beds and other facilities at the hospitals has also been talked about in the toolkit.

Congress workers instructed to call the mutant strain as “Modi strain”. No stone left unturned to scar the name of India with the help of Foreign Journalists!!

It says: “Keep some beds and other facilities blocked in friendly hospitals, to be released only on our request. Track every request…request them to send a social media post again, this time by tagging IYC handle and its office bearers. Respond to help only if a person tags the IYC handle [sic].”

Sambit Patra, while tweeting the so-called toolkit, said, “Disgusting to say the least ..Rahul Gandhi wanting to use this opportunity of Pandemic to destroy the image of PM Modi. Congress workers instructed to call the mutant strain as “Modi strain”. No stone left unturned to scar the name of India with the help of Foreign Journalists!!”

BJP spokesperson Sanju Verma said, “ToolKit by @INCIndia is another embarrassing testimony of how an electorally vanquished Congress, is driven not by Seva bhaav, during #COVID19 pandemic Even now,entire fulcrum of @RahulGandhi &his politics is driven by visceral hatred for @narendramodi govt.#CongressToolkitExposed.”

Congress has denied that the party had given any such directions to its workers. Senior Congress leader Rajeev Gowda has tweeted to say that the BJP was circulating a fake toolkit. He said the party is “filing an FIR for forgery against BJP chief JP Nadda and Sambit Patra”.

“BJP is propagating a fake “toolkit” on “COVID-19 mismanagement” & attributing it to AICC Research Department. We are filing an FIR for forgery against @jpnadda & @sambitswaraj. When our country is devastated by COVID, instead of providing relief, BJP shamelessly concocts forgeries,” Rajeev Gowda said.

GET A LIFE: YOUTH CONGRESS

The Indian Youth Congress (IYC) also rejected the claims circulated by the BJP.

The organisation said, “Fake leaders of the anti people BJP are trying to spread a fake and morphed document calling it our toolkit. To all of you, please get a life. Please try to help people now. For your mental health issues please get in touch with our helpline – Hello Doctor 9983836838.”