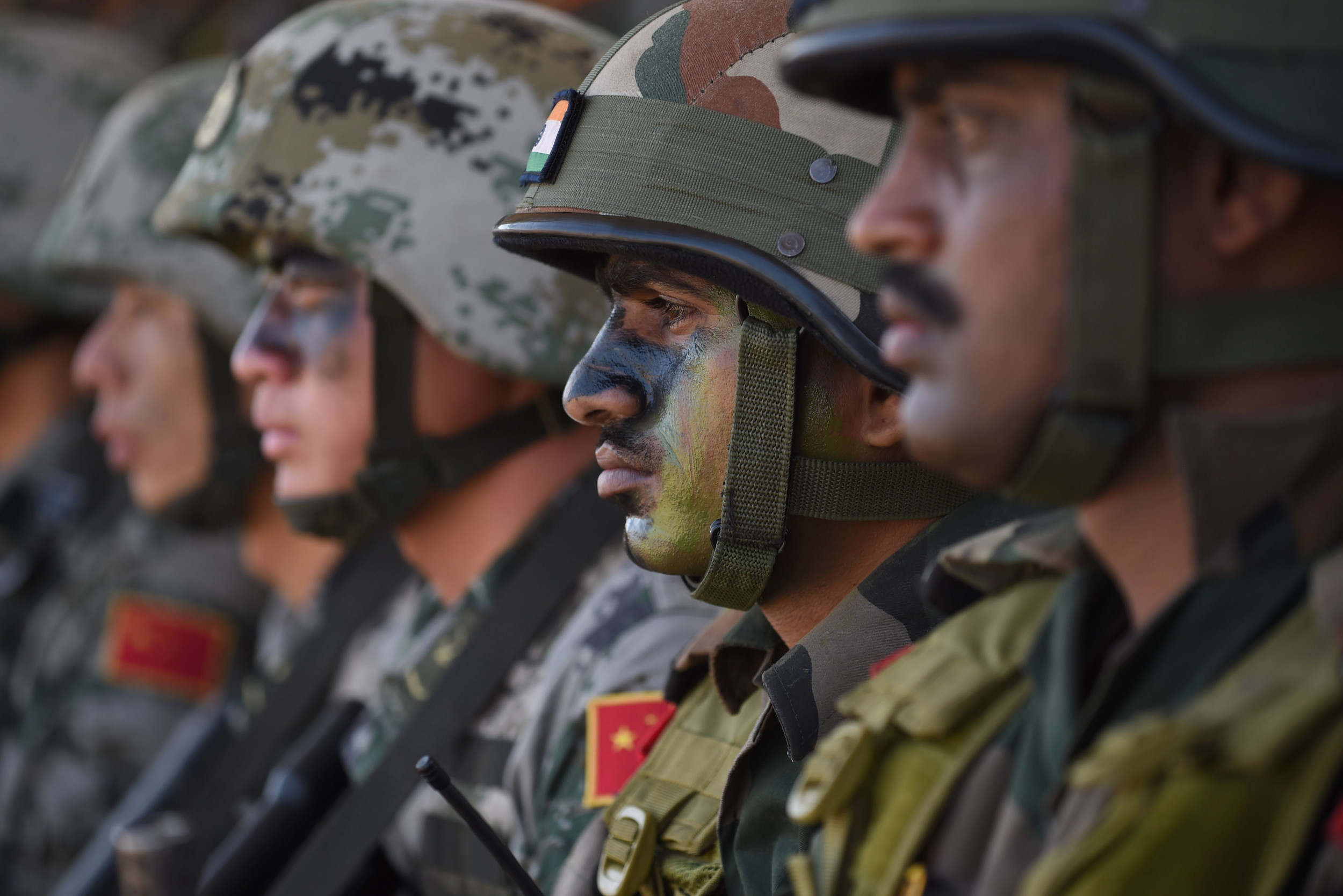 There is an Indo Tibetan border That covers nearly a length of 3,488-km. After forcible occupation of Tibet by China this long border got converted to Line of Actual Control between the Indian and Chinese Armies. Later China also captured parts of India in Ladhak region calked Aksai Chin. Apart from this de-facto border between the two countries, China has also started claiming Arunachal Pradesh as part of southern Tibet, a complete nonsensical assertion by China. Till now both sides have been asserting that pending the final resolution of the boundary issue, it is necessary to maintain peace and tranquility in border areas.

Last month nearly 150 Indian and Chinese military personnel were engaged in a face-off near Naku La Pass in the Sikkim sector of the Sino-India border. At least 10 soldiers from both sides sustained injuries in the incident. Moreover, Chinese military helicopters were seen flying close to the Line of Actual Control on at least a couple of occasions following the clashes after which a fleet of Su-30 fighters of the Indian Air Force too carried out sorties in the area, the sources said. Three years back, the troops of India and China were engaged in a 73-day stand-off in Doklam tri-junction in 2017 which even triggered fears of a war between the two nuclear-armed neighbours.

In the face-off on May 5, scores of Indian and Chinese army personnel clashed along the northern bank of the Pangong Lake and even resorted to stone-pelting. A number of soldiers on both sides sustained injuries. It was the first case of troops from the two sides exchanging blows after a similar incident around the Pangong Lake in August 2017. Moreover, Chinese soldiers allegedly entered the Indian territory across the LAC at three different points, erecting tents and guard posts.

Amid tensions along the Line of Actual Control (LAC) with China, Captain Amarinder Singh Chief Minister of Punjab has stated that India does not want a war while also warning China against any attempt to intrude into Indian territory. In a major statement, the erstwhile Indian Army Captain said that India would not tolerate any bullying from Chinese side, adding that it is not 1962. The Punjab Chief Minister who had served in the Indian Army and participated in the 1965 Indo-Pakistan War stated that China cannot stop India from building any infrastructure on its side of the border.

“While we do not want war, we will not tolerate any bullying by Beijing. This is not 1962,” he said, according to an official statement. “They (the Chinese) do not listen to us when we object to them making roads inside our area in Aksai Chin, but when we make one road inside our area they react with aggression,” he added.

Issuing a warning to Pakistan, Singh also said that Pakistan which is trying to foment trouble in Punjab and other parts of India by pushing terrorists, weapons from across the border through the use of drones and other means will pay a price for it. “A robust two -tier security structure, comprising BSF and Punjab Police was monitoring and securing the border with Pakistan 24×7. The Punjab Police had, in recent months, busted 32 terror modules and seized more than 200 weapons,” he added. Army too is on the alert and keeping discreet surveillance.

There have been mounting tensions at the Indo-Tibetan border after a few standoffs between the Indian and Chinese army in the past month. However, as per sources, high-level Indian and Chinese military commanders met at designated points along the Line of Actual Control (LAC) on May 22 and 23 to defuse the present tension. Moreover, diplomatic channels in New Delhi and Beijing are also working towards a peaceful resolution.

Speaking about the current border standoff along the LAC, he said, “Our government, in any case, will not let the self-respect of the nation come down. The face-off has happened in the past as well. We have a system in place to solve the problem. Diplomatic talks are going on.”

The Defence Minister outrightly ruled out the possibility of any sort of mediation, a day after US President Trump had claimed that he spoke with PM Modi. Earlier, government sources had also clarified that the PM had only spoken to the US president on April 4 about HCQ. As neighboring Nepal has also raised border issues with India recently, Defence Minister Singh said that the country has always shown ‘brotherhood’ towards Nepal and is ready for the talks with the country’s PM KP Oli.

Apart from talks with China for a well demarcated LAC, India should also start a formal negotiation with the Tibetan Government in Exile for settling the Indo Tibetan international border.