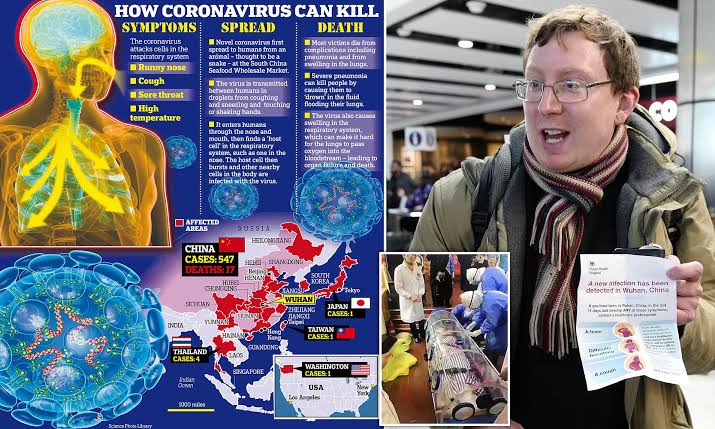 President Xi Jinping has ordered resolute efforts to curb the spread of the novel coronavirus that caused cases of pneumonia.

Instructing on the work related to the pneumonia situation, Xi, also general secretary of the Communist Party of China Central Committee and chairman of the Central Military Commission, stressed putting people’s safety and health as the top priority.

China’s health authorities have for the first time confirmed cases of the mysterious coronavirus outside of Wuhan, in central China’s Hubei Province, where the virus was first detected. The confirmations come amid China’s Spring Festival travel rush, and are likely to have an impact on the season.

According to health authorities in Beijing, two cases of the new pneumonia strain were confirmed in the city’s Daxing District on Monday. Another case was confirmed on a 66-year-old man in Shenzhen, South China’s Guangdong Province, according to the city’s health commission.

All three patients are said to be in stable condition and medical inspections are being carried out on those who have been in close contact with the infected individuals.

The three newly confirmed cases come as China is in the middle of its annual Spring Festival travel rush. Between January 10 and February 18, a total of 3 billion trips are expected to be carried out, including homebound trips and travels.

People have been expressing concern online about how the peak travel season may affect the spread of the coronavirus. Some say they have canceled plans which would involve close interactions with crowds, including cinema trips, visiting relatives and traveling abroad.

According to Wang Yuedan, a doctor at the Peking University Health Science Center, large-scale migrations might facilitate the spread of diseases associated with the respiratory tract.

However, Wang also noted that based on the current confirmed cases of the virus and the deployment of proactive measures, the impacts of the travel rush on the virus’ spread are “under control”.

Hospitals in Chinese cities have begun to implement new and stronger measures on Monday after authorities confirmed 136 new cases the pneumonia-like illness have been found in various parts of the country over the weekend.

“Patients whose body temperature surpass especially surpasses 37.3 C need to be checked for the common flu, as it is peak flu season,” a nurse at Beijing Chaoyang Hospital told the Global Times on Monday. The hospital is not yet able to screen for the new the coronavirus, the nurse said.

Hospitals across the country have vowed to closely watch and observe patients with fevers who had been to Wuhan in last two weeks.

China has made major breakthroughs in responding to infectious diseases including establishing a system for the early detection of 300 known pathogens and the screening, identifying and detection of unknown pathogens, according to the Ministry of Science and Technology.

China has also set up the world’s largest network of laboratory for pathogen spectrum monitoring of infectious disease symptoms, including 12 core labs, 91 provincial-level key labs and 800 hospital labs, focusing on detecting the cause of illnesses of the respiratory tract, diarrhea, fever with a rash, fever and bleeding, encephalitis meningitis, the ministry said.

While strengthening the research of emergency treatment technology, the country has been improving the clinical treatment ability of severe cases of sudden acute infectious diseases, with the ability to actively take countermeasures.

The new coronavirus was first detected in people who worked or visited a seafood market in Wuhan. The number of coronavirus cases in the city has climbed to 198, with 136 new cases confirmed over the weekend.

Experts believe the new strain of pneumonia in Wuhan is no cause for panic, as it has a low risk of human-to-human transmission and a low fatality rate, and China has greatly improved its infectious diseases research, surveillance and diagnosis capabilities since the SARS outbreak in 2003.

Wang Yuedan, told the Global Times that it’s very likely the number of confirmed cases will continue to rise, but that the risk of a large-scale outbreak is very low compared with that of SARS in 2003.

Unlike SARS, the pneumonia detected in Wuhan has no high fatality rate and has no “super spreader” that could cause a large number of people to become infected by the virus, Zeng Guang, former chief epidemiologist of the Chinese Center for Disease Control and Prevention, told the Global Times.

“We found the pneumonia virus in a very short time, which illustrates our improved overall ability. We found the new coronavirus independently in about 10 days, but during the SARS epidemic, it was foreign experts who found the virus after three or so months,” Zeng said.

Yang Zhanqiu, a professor of the Pathogen Biology Department of Wuhan University, said that the new virus is evolutionarily different to the SARS virus. At present, efforts are being made to study and understand the characteristics of the virus and clarify its gene sequence.

A lack of research time is the main reason why the source of the coronavirus has not yet been found. The outbreak was initially detected in a seafood market, but was localized. There have not been many outbreaks in seafood and poultry markets, making it difficult to indentify common characteristics, he said.

Climate is another factor. Wuhan has had a mild winter this year, which is suitable for the spread and growth of viruses. This poses challenges for the detection and prevention of viruses,

Zeng said it will take some time for experts to conduct serological tests and develop reagents for the surveillance of the pneumonia. As for the possible development of a vaccine, Yang said that normally vaccines are not developed for infectious diseases with a fatality rate of less than 1 percent, and that vaccine studies are generally discussed during a late stage of epidemic control.