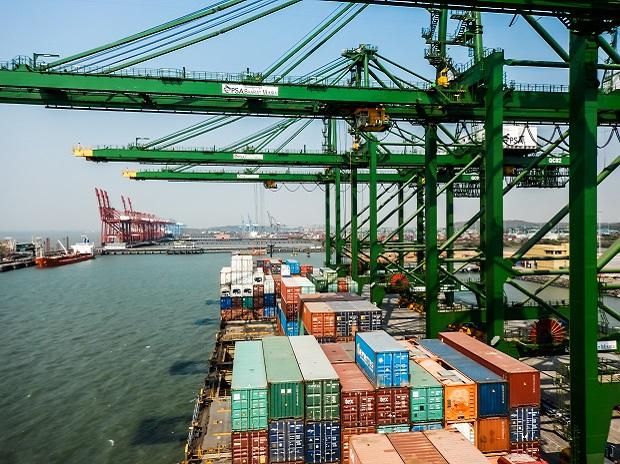 Merchandise exports from India hit a record high of $35.17 billion in July, amid rise in external demand due to recovery in key global markets, revealed the preliminary data released by the commerce and industry ministry on Monday.

Earlier this year, the government had said that for the first time ever in a month, Indian exports crossed $34 billion in March 2021.

A growth of 48 per cent on-year, can also be partly attributed to a favourable base, with economies opening up after the imposition of lockdown measures to curb the spread of Covid-19. The growth was led by higher demand for petroleum and engineering products, and gems and jewellery.

As compared to pre-covid level, the growth was 34 percent from July 2019.

On a sequential basis, outbound shipments grew at their fastest this fiscal year, witnessing an 8-per cent jump. On the other hand, merchandise imports widened to $46.4 billion in July, resulting in a trade deficit of $11.23 billion.

“With the continued unlocking of the economy and a surge in gold imports, the trade deficit widened to a three-month high in July, in spite of merchandise exports clocking an enthusing record-high performance,” said Aditi Nayar, chief economist, ICRA. Non-petroleum exports were $29.57 billion in July, up 34.39 per cent on-year, and 30 per cent, compared to July 2019. However, they were lower than the March 2021 levels.

“A sustenance of oil exports at this level would significantly boost the expansion in merchandise exports in 2021-22,” added Nayar. During the first four months of the fiscal year, India’s exports have covered close to a third of its annual export target of $400 billion.

According to an analysis by the Ministry of Commerce and Industry, the top increase in exports by value, compared to July 2020, was to the US, the United Arab Emirates (UAE), and Belgium. In the case of imports, the maximum increase was from the UAE, Iraq, and Switzerland.