Indigenous Trainer Fleet For The IAF 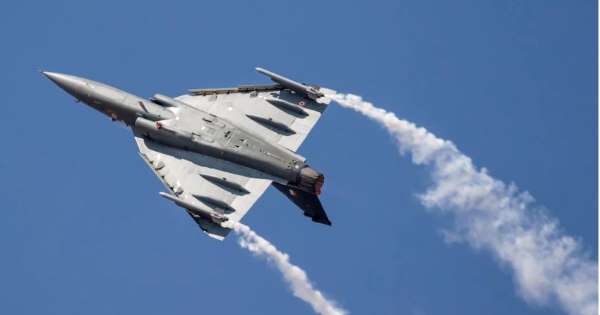 The Indian Air Force (IAF) has told the Ministry of Defence that it is committed to buying nearly 300 indigenously made fighters and basic trainers from the state-owned Hindustan Aeronautics Limited (HAL), a senior defence ministry official said on condition of anonymity. The deal will likely be in the region of several billion dollars.

IAF’s commitment , however, comes with a strict rider: designing, manufacturing and delivery will have to be within a prescribed deadline from the time the deal is inked, this person added. “Aeronautical Development Agency (ADA) and the HAL must get their act together,” the official said. ADA works under the Department of Defence Research and development of the ministry of defence and is tasked with overseeing India’s LCA (light combat aircraft) programme. All will have to pull up their socks and take responsibility. No laxity can be tolerated at any level.

IAF has told the Ministry that it requires another 10 Squadrons of Tejas Mark-II (each squadron has 20 fighters) and 36 Advance Medium Combat (AMCA) fighters. Besides the fighters, IAF has also told the government that it will buy newly made trainer aircraft HTTP-40 as well. The decision to commit to buying indigenous fighters is the first major decision taken by Air Chief Marshal RK Singh Bhadauria who took over as the Chief of Air Staff recently.

IAF has already bought 40 fighters of the initial version of Tejas. “The final contract for the purchase of 83 indigenously made Tejas Mark-1 fighters will be signed by the end of the current financial. Negotiations between the IAF and HAL is in the final stages,” a second official in the ministry of defence said.

After several time over-run, the HAL has delivered about a dozen aircraft and fallen behind the scheduled yearly production target. The IAF was forced to raise the first squadron of Tejas fighters with just three in 2016.This kind of functional behaviour cannot be tolerated any more at any level.

The designing for the AMCA, which will have stealth capabilities, and advanced radar and weapon packages, is in the nascent stage and will be India’s own next-generation fighter aircraft. The design of the Tejas Mark-II is in a very advanced stage and is likely to frozen yet soon,” the second official said. “The Indian private defence manufacturing sector should also try to exploit this opportunity along with the Defence Public Sector Units.”

IAF needs a minimum of 54 fighter squadrons to put up a credible deterrence along two borders simultaneously. It, currently has only 30 fighter squadrons. The decision to go with indigenously made fighters is a major leap of faith for IAF which has been accused in the past of preferring foreign-made fighters to indigenous technology.

“Production facilities of LCA, Tejas are being upgraded. As and when orders firmed up more effort will be made to ramp-up production,” a HAL spokesperson reacting to the rider of IAF.