Is that bum trap missing a flesh-bag? : a guide to Australia’s convict slang 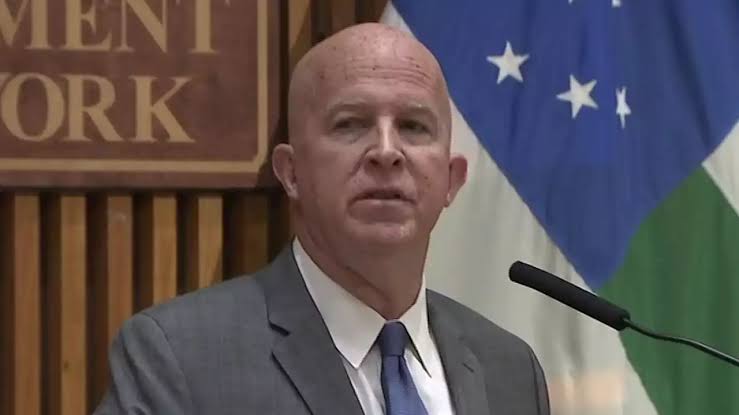 James Hardy Vaux’s 1819 collection of ‘criminal slang and other impolite terms’ is recognised as Australia’s first dictionary. For its 200th anniversary, Simon Barnard has updated the text

A Punch illustration showing police, convicts and colonists in 1864. A new edition of Australia’s first dictionary offers a guide to criminal slang.

If you were one of the 164,000 convicts transported to the Australian colonies, chances are you forked clys for screeves and clouts or worked the hoist to nail lobs and serve coves.

Keeping one step ahead of the law meant being fleet of foot but also quick-witted. Communicating in slang provided criminals with the means to deceive and confuse the authorities.

When “cat and kitten stealer” William Dixon fronted court, a police officer politely informed the magistrate that Dixon had not abducted a family of felines but had been caught pinching valuable pewter mugs, so named for the resemblance their bulbous shapes and curved handles bore to cats’ bodies and tails.

‘Words I found on the wind’: extract from The Yield by Tara June Winch

To aid magistrates struggling to understand slang-whanging criminals, a thrice-transported convict and self-confessed swindler named James Hardy Vaux compiled a dictionary of underworld slang. Published in London in 1819, the work is recognised as Australia’s first dictionary.

Some of the slang in Vaux’s 200-year-old tome lives on in terms and phrases that make Australian English recognisably ours. Others are curious oddities.

Here are seven words that would have come in handy if you were living a shady life in the British penal colonies of 19th century Australia — Vaux’s original text, in bold, followed by some explanation and illustration of the terms from the convict record.

A sheriff’s officer or his follower
A sheriff’s officer, more commonly termed a bailiff, was notorious for following closely at a sheriff’s bum. For this reason, bailiffs were called bum-bailiffs and members of the “catch club” (because they were said to “catch” farts.) But they were also known as bull-dogs, hawks, lurchers and, from the manner in which they escorted debtors, shoulder clappers. Bailiffs were unpopular; colonists attacked them with knives, swords and pistols. In 1853 a South Australian, John Bevis, was fined £1 for kicking a “bum bailiff” and pelting him with stones.

A knife; to chiv a person is to stab or cut him with a knife

Chiv, a term applied to any improvised bladed weapon, may derive from chivomengro, a Romany word for knife. William Courtney accused George Bradley of stabbing him in his chest at the Impression Bay probation station in Van Diemen’s Land. According to Courtney’s testimony, Bradley’s accomplice, Charles Fisher, instructed him to “ding the chiv”.

Bradley and Fisher were convicted of attempted murder, with the jury recommending that they be executed. But the two convicts appealed the sentence and successfully argued that Courtney had stabbed himself.

They were pardoned and Courtney was sentenced to nine months’ hard labour in chains. Courtney had a history of self-harm – during his imprisonment he was punished for rubbing caustic lime into his eyes, injuring his foot and cutting his own throat.

Sign up for Bookmarks: discover new books in our weekly email

Midwives were nicknamed finger-smiths because they worked with their fingers, and because smith means “maker” and “worker”. Convicts were the first finger-smiths to arrive in Australia from Britain. Babies were delivered on board transport ships and in prisons.

When Jane Skinner went into labour at Richmond gaol in Van Diemen’s Land, Mary Ann Watson was released from solitary confinement to act as her finger-smith. But Skinner’s baby died soon after it was born. Because of unwholesome living conditions and insufficient or inadequate medical training and equipment, the infant mortality rate among convicts was notoriously high. Watson, whose trade was listed as “washerwoman”, may not have been experienced in midwifery. She did, however, have finger-smith expertise – finger-smith is also slang for “pickpocket”.

In 1844 the governor of Oakham gaol overheard an inmate and burglar, William Bats, divulge that, despite wearing his “flesh-bag” over his clothes to alter his appearance, his victim had recognised him at his preliminary hearing before the “beaks” (magistrates). Bates was charged with burglary and transported to Van Diemen’s Land for life.

Shoes may have been nicknamed hopper-dockers because barefoot people hop to “dock” their feet. But shoes also were nicknamed hock-dockers, after hock, “the joint in a quadruped’s hind leg”, and clod-hoppers, because people hop over earthen clods. In 1827, at Parramatta, convicts “shook” the “clod-hoppers” and “kicksers” belonging to convict Nicholas Doyle, a so-called “flat”.

The thieves also stole Doyle’s certificate of freedom. A convict, Robert Goodwin, offered to “spring the plant” if Doyle paid him “blunt”, but because Doyle was penniless he prosecuted Goodwin to recover his possessions. Doyle failed to prove that Goodwin was the thief, so the judge dismissed the case for lack of evidence.

A gaol. To quod a person is to send him to gaol. In quod, is in gaol
Quod comes from quadrangle, a square or rectangular space or courtyard enclosed by buildings. When Frances Stewart was charged with drunkenness in 1840, the Sydney Monitor and Commercial Advertiser described her as “an old and multitudinous offender, with face as red as scarlet, and nose blue as bilberry”.

Stewart explained to the judge that she drank to cope with the loss of her lover, and, in summing up her sorry plight, stated: “I expects you won’t send me to quod.” But Stewart was “ordered to study Zimmerman for 120 hours, in Mr Keck’s library” – five days’ solitary confinement in Sydney gaol, supervised by the gaoler Henry Keck. Zimmerman refers to Solitude, a book written by John George Zimmerman.

Foolish, half-witted, nonsensical; a man who has been drinking till he becomes disgusting by his very ridiculous behaviour, is said to be “spoony” drunk; and, from hence it is usual to call a very prating shallow fellow “a rank spoon”

Foolish people may have been called spoony because, like the bowl of a spoon, they are shallow and lack depth. When, in 1857, William Graham was robbed in a Melbourne brothel, he ran through the streets calling for police assistance. But police dismissed his complaint because he was a “spooney” and was “too drunk to know what he was doing”.

Graham, however, made his way to a police station where he persuaded a constable to assist him in recovering his property. Graham’s purse and cash were discovered wedged in a stack of five mattresses in the bedroom of a sex worker, Mary Jane Reily. Reily was arrested and sentenced to eight months’ imprisonment.

• Simon Barnard’s verbosely titled new book – James Hardy Vaux’s 1819 Dictionary of Criminal Slang and Other Impolite Terms as Used by the Convicts of the British Colonies of Australia with Additional True Stories, Remarkable Facts and Illustrations – is out now through Text Publishing